ILSR’s annual Community Power Scorecard release illustrates how states can help or hurt the development of local renewable energy. Assessing state policy is especially timely as the wave of cities and states committing to clean energy builds. The success of commitments made by cities like Cincinnati, Ohio, Salt Lake City, Utah, or Minneapolis, Minn., hinges on whether state policy empowers them to take charge of their energy future and equitably share the economic benefits of doing so.

There’s plenty of room for improvement.

Few states have earned an A for energy democracy on the scorecard and the grading criteria is only getting tougher. The list of high-performing states has often included California, Massachusetts, Illinois, and New York. A high score is a good sign, but all states can improve their scores by granting more authority to cities and communities, passing legislation that incentivizes local clean energy, and designing programs that bring the economic benefits of renewable energy to all.

Click to view the 2020 Community Power Scorecard and infographics.

What’s in the Community Power Score?

Unlike scorecards that evaluate state energy policies on a single statewide outcome or measure (e.g., 50 percent renewable by 2030), our Community Power score focuses instead on the way state policy enables communities to choose their path toward these goals.

Most state legislators look at energy policy through a 100-year-old lens. Electric utilities have a monopoly granted decades ago, or, where competition has been introduced, certain companies have sole control over access to the grid. This outdated assumption contradicts a national commitment to free markets and allows increasingly unnatural private monopolies to persist.

Some states are passing policies that challenge this assumption.

It takes supportive state policy to enable community solar projects like that on the Shiloh Temple, in Minneapolis, Minn., which provides economic returns and jobs for residents of a majority African American neighborhood in North Minneapolis.

States win points on the Community Power Scorecard for democratizing energy production and for dispersing the economic benefits beyond a few utility shareholders to the masses. States earn points for strong policies enabling customers to go solar, such as net metering, interconnection, or requirements for utilities to buy from distributed energy suppliers. Scores are higher for states that offer financing tools to expand access to capital, like property assessed clean energy. State grades also increase for policies enabling collective action, such as stretch building energy codes, community choice energy, and shared solar.

Consider community choice aggregation, adopted in nine states. In California, for example, this policy has allowed hundreds of communities to increase their renewable electricity share, while also focusing on local jobs and economic development.

Learn more about Community Choice Aggregation (CCA) and what different programs look like in states where they are allowed, by listening to the following podcasts:

“Ohio Residents Exercise Community Choice to Bill Themselves for Public Solar” with UpGrade Ohio’s Mathew Roberts about a program in southeastern Ohio.

The diverse set of policies we evaluate explains why renewable energy leaders like California and Massachusetts are joined in the top half of our rankings by unlikely states such as Minnesota, North Carolina, Ohio, and Colorado. And some states with a lot of renewable energy on the grid, like Texas, score low because they fail to enable energy democracy, either doing nothing to encourage local renewable energy or relying solely on forcing reluctant, shareholder-driven electric companies to change.

Now is the time to push for state policy changes to support a more local and resilient clean energy system — and maybe to earn a better grade next year. 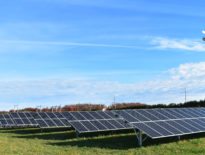 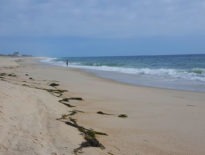