When communities have choice, they choose their best interest: clean, affordable, and resilient energy systems.

In this episode of the Local Energy Rules podcast, host John Farrell speaks with Jessie Denver, manager of the Distributed Energy Resources Program at East Bay Community Energy. Denver develops customer-side resiliency programming, including rooftop solar with batteries, for East Bay. Farrell and Denver discuss how distributed energy resources can prepare communities for disaster — and increase resilience after it hits.

Out of a Community Choice Boom, East Bay Community Energy is Born

Cities in Alameda County, Calif. came together to form the East Bay Community Energy Authority (EBCE) in 2016. EBCE is a community choice energy entity, also known as community choice aggregation (CCA), meaning that this network of local governments buys the electricity for its residents. They procure the electricity for Alameda County customers and the investor-owned utility, Pacific Gas and Electric (PG&E), delivers it.

Read more about community choice energy in a new report from ILSR.

According to Denver, EBCE serves 600,000 accounts: commercial, industrial, residential, and municipal customers. The community choice entity began serving customers in 2018 and has been growing ever since. Now, cities both in and outside of Alameda County are working to opt in. It is the largest CCA in the country (until the Los Angeles CCA begins operations).

Denver explains that many people do not realize what EBCE does. By increasing rooftop solar, electric vehicle charging, and other services near customers, Denver is hoping to change that.

Most customers don’t actually know who we are… it’s really that customer side programming that is going to help all CCA’s gain recognition with their residents and businesses about how local governments are delivering those services that folks have wanted for so long in a new kind of way.

For more on the formation of East Bay Community Energy, listen to this interview with Coordinator of East Bay Clean Power Alliance Jessica Tovar.

We’ve seen markets for renewables, and electric vehicles and electric vehicle charging infrastructure, and even energy efficiency, really take off. But we haven’t seen the marketplace for behind-the-meter battery energy storage take off at the same pace as other distributed energy resource solutions.

Pairing Distributed Generation and Storage is a Resilience Necessity

Denver describes how recently, “momentum around the need for that back-up power has been amplified” by public safety power shutoff (PSPS) events.

During these 2019 events, energy providers in California shut off power to customers when there was a high risk of fire. Dry conditions, high winds, and poorly maintained transmission lines have been deemed responsible for many of California’s devastating wildfires that season.

To prepare for future shutoff events, which will increase in intensity as climate change worsens, EBCE is working with municipalities to identify “resiliency centers.” These centers will provide a refuge of basic services, including stored electrical power, to residents in emergencies. For the program, EBCE needs to identify these locations, their critical energy load, and how much solar and storage is needed to support that load. Denver hopes to secure solar and storage developers for these sites by 2020.

Beyond resiliency centers, EBCE is hoping to facilitate more solar and storage installation for individual customers. The community choice agency has committed to procure a minimum of 10 MW for customer-sited solar and storage for interested residents.

Finally, EBCE’s newest initiative is a combination of resilience support and individual customer service. Denver describes a project to facilitate solar and storage capacity for medical baseline and/or electricity dependent customers. Wildfires, and even planned PSPS events, put the lives of these customers at risk. EBCE plans to start by identifying medical baseline and electricity dependent children within the service area, ultimately delivering solar and storage solutions to these customers.

How a Community Choice Agency Differs from the Investor-Owned Utility

In the interview, Denver explains how utilities provide service based on their priorities. Investor-owned utilities, which are accountable to shareholders and state-level legislators, have the pressing priority of safe transmission and preventing any disasters. In contrast, a CCA is tied to the municipalities it serves and can step in to deliver other services.

Despite their differing missions, Denver says that EBCE works closely with the investor-owned utility PG&E. Specifically, she emphasizes the importance of collaboration on transportation electrification initiatives. Since PG&E owns and operates the distribution system, EBCE works with the utility to develop electric vehicle charging infrastructure along those local transmission lines. Since EBCE wants to add some major loads to the distribution system by electrifying fleets and buses, the local agency needs PG&E’s help.

Directing Energy Programs to the Areas that Most Benefit

Through all of its operations, EBCE must ensure that a portion of its programs are going to communities identified by the CalEnviroScreen tool, or by the census as low-income. Without intentional programs to include them, these communities will be left behind in the transition to renewable energy.

Many low-income and environmental justice communities lie along Alameda County’s interstate corridors, which suffer from the harmful air pollutants spewed by commuter and truck traffic. Poor air quality contributes to health impacts like asthma and other lung diseases. If EBCE can add electric vehicle charging infrastructure in these corridors, it will meet the needs of local residents, while also supporting the electrification of trucking and commuting (reducing local pollution).

When Farrell asks what advice Denver has for community choice entities that are just starting out, she replies that it is all about the foundation. Denver recommends that CCAs find a good procurement team and solid energy contracts that meet local needs. Then, build out customer-sided programs that build customer trust and further local goals.

As a long-time local government employee for two major cities, it’s such an honor to be on the other side of things to be able to help my colleagues actually get where they want to go, faster.

This is episode 101 of Local Energy Rules, an ILSR podcast with Energy Democracy Director John Farrell, which shares powerful stories of successful local renewable energy and exposes the policy and practical barriers to its expansion. 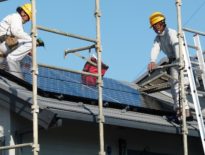 Energy Why 30 Million Solar Rooftops Should Be In the Nex… 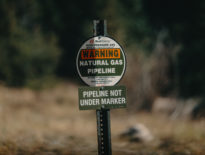