In 2018, Portland voters showed their support for a climate action fund. Now, the city works to maintain that community support and involvement as the money is given out.

For this episode of the Local Energy Rules podcast, host John Farrell speaks with Jaimes Valdez, a member of the Portland Clean Energy Community Benefits Fund startup team. They discuss steps Portland has taken to implement the 2018 ballot initiative and how a climate action fund can serve the community.

The Portland Clean Energy Community Benefits Fund is the product of a 2018 ballot initiative. Through a one percent surcharge on big businesses, the fund raises 40-60 million dollars per year for “climate action that advances racial and social justice.” Jaimes Valdez serves on the Fund’s startup team.

The surcharge only applies to businesses collecting one billion dollars of revenue nationally, with $500,000 of revenue collected in Portland. Utilities, medical suppliers, and certain food items are exempt from the charge. This way, says Valdez, the fund’s burden will not fall on the consumers of these essential goods.

The role of Portland Clean Energy Fund is to do things that haven’t been done before or to address gaps that previous programs that we’ve had in the city of Portland weren’t able to fill.

The idea for a climate action fund came from the public, says Valdez. Nonprofit organizations representing various communities in Portland joined forces to put the Portland Clean Energy Fund on the ballot.

Hear Alan Hipólito, director of Verde, explain how the Portland Clean Energy Fund got on the ballot in episode 63 of Local Energy Rules.

Valdez says that the vision of Portland’s Clean Energy Fund has not changed in the last two years, despite the difficulties of 2020. Rather, he believes that this year has “reinforced” the need for a justice driven climate action fund:

We are in very different times now than when the ballot initiative that created the Portland Clean Energy Fund was passed in 2018, but we’re really addressing some of the same systemic problems.

Getting to Work after a Ballot Initiative Win

Valdez describes steps the city has taken since the Clean Energy Community Benefits Fund passed in 2018. First, he and other staff were hired. The city then, with input from the community, established a grant committee in November 2019. Nine individuals are on the volunteer committee, each representing a different area of Portland. This committee developed a set of four guiding principles in April 2020:

For each decision made, the community is invited to engage and provide input. To earn public trust, says Valdez, each step must be as transparent as possible.

If the voters are being promised equity and really being told that this is an opportunity to create change, that program also needs to be very transparent and accountable to how it does that

Organizations submitted their grant proposals by mid November — the first 8.6 million dollars of the Portland Clean Energy Fund will be allocated in early 2021. Future rounds of funding will be closer to the fund’s 40 to 60 million dollar annual budget.

Earlier in the year, the committee provided 42 “application support grant funds;” $5,000 for organizations that needed help putting together a grant proposal. Valdez says that the priority for this funding was small organizations serving Black and Indigenous communities.

The Portland Clean Energy Fund has four funding categories: clean energy programs, green infrastructure/regenerative agriculture, workforce development/contractor support, and innovation. There is some flexibility in the portion of funds designated for each category.

One Piece of the Puzzle

Portland has a goal to reach 10 percent local energy and 100 percent renewable electricity by 2035. When Farrell asks if the Portland Clean Energy Fund will be enough to reach that ambitious goal, Valdez’s answer is simple: no. He does believe, however, that the fund will contribute to that goal and help ensure that the transition is just along the way.

We’re not just seeking the lowest market-based carbon emissions per dollar, but we’re really embedding social values and looking at who benefits from the different deployments of funds or different projects that arise from Portland Clean Energy Fund.

The fund’s success rate, says Valdez, will be measured by data, stories of impact, and feedback from grantees. Another measure of success is “community stability” and the city has put measures in place to discourage displacement.

Could Taxing Corporations be Contagious?

Check out the Local Energy Rules episodes mentioned in the interview:

This is episode 120 of Local Energy Rules, an ILSR podcast with Energy Democracy Director John Farrell, which shares powerful stories of successful local renewable energy and exposes the policy and practical barriers to its expansion.

Local Energy Rules is Produced by ILSR’s John Farrell and Maria McCoy. Audio engineering for this episode by Maria McCoy. 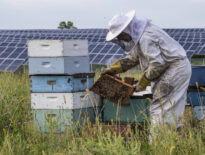 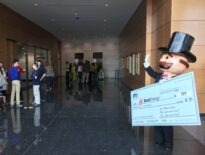