Since ILSR wrote about the Dawning of Solar Cells (pdf) in 1975, we’ve been fans of the potential to integrate energy production with the local economy. We provided early forecasts of the rooftop solar revolution and support for the first statewide value of solar policy. Recently, we analyzed how distributed solar and energy storage could compete with peaking fossil gas power plants and reverse the power relationship between utilities and customers. In 2020, conclusive data emerged to suggest that distributed solar isn’t just economically competitive or a superior job creator, it’s better for everyone.

Unfortunately, electric utilities (especially the private companies with shareholders) aren’t interested in this trifecta of benefits. For many, like Dominion Energy, rooftop solar means reduced demand for their product (think fossil gas power plants) that threatens their profits.

The most important thing we can do in 2021 energy advocacy is to acknowledge the fundamental tension between a monopolized market structure and an equitable clean energy future.

Energy policy is more than electrons. Distributed solar ownership builds countervailing power to monopoly utilities by shrinking their market share, their profits, and their ability to twist the political and regulatory systems in their favor. California hasn’t just built gigawatts of distributed solar, for example, it has built a several-hundred-thousand-strong lobbying force for energy choice and solar rights. As a result, the state features some of the best market opportunities for non-utility power, including rooftop solar (and batteries), robust markets for distributed offsite solar, and options for communities to take charge of their electricity supply. It also has some of the best and most deliberate policy to put clean energy rewards into communities most harmed by fossil fuels. Distributed solar is not a panacea for captive customers of a monopoly utility that’s skimping on maintenance to line shareholder pockets, but it did mean investor-owned Pacific Gas and Electric had to go bankrupt rather than get a public bailout.

In contrast, states with entrenched monopolies have witnessed their electric utilities engage in a “bonfire of risky spending.” Utility executives rely on the electricity system’s bizarre form of corporate socialism: the ability to abuse captive customers to bail out the executives’ bad bets. Over the past decade, just a handful of corporate utility giants in the Southeast have wasted more than $40 billion on risky investments, all to be paid by customers who already have some of the highest energy bills in the country. Not coincidentally, some of the same utilities have mounted the most vociferous fights against customer-owned solar.

Get chapter and verse on the panoply of bad utility behavior from the Energy and Policy Institute, which has uncovered utilities paying actors to pose as concerned citizens, bribing legislators and commissioners, and cutting off power to poor folks and black and brown folks during a pandemic even as they reward their CEOs.

At the end of 2020, the United States faces a triple threat: a climate crisis, a public health crisis, and a racial inequality gap. Corporate power is at the center of all three. The license of fossil fuel companies and utilities to pollute without consequences caused the climate threat. The lobbying of corporate health giants has undercut the public health system’s ability to respond to COVID-19. Racialized laws, from chattel slavery to Jim Crow to redlining, covered up rules to preserve the wealth of powerful plantation owners and CEOs in a cloak of racial animus.

The solution is to reduce the power of monopoly corporations; in the energy sector, that means prioritizing distributed solar. That’s why ILSR created a partnership to advocate for 30 million solar homes, focused on the most vulnerable, as part of any federal climate policy and economic relief package.

This policy, by itself, won’t completely solve any of the three crises facing the United States. But, especially if used to target folks at the margins, it will create millions of good jobs, reduce energy bills, grow wealth, and reduce our reliance on monopoly utilities for essential electricity service. It will create 30 million ready-to-activate households to support distributed and democratic energy systems, ready to turn out to oppose utility bailouts, nuclear boondoggles, and excessive profits.

Because rooftop solar happens where people live, it also creates an opportunity to more fully engage cities in managing the energy system. Cities have proven that they understand the links between our three crises better than most levels of government. Already 150 cities, representing tens of millions of Americans, have commitments to 100% renewable energy. Some cities, like Seattle, have adopted taxes on big corporations to fund local climate and equity initiatives. As covered on our Local Energy Rules podcast, several cities have also linked their broader climate policy to its local health impacts (such as the link between particulates and asthma).

CNN Correspondent Jake Tapper described the first presidential debate between Joe Biden and Donald Trump in a way that could describe the entire year of 2020, as well as the futility of relying on monopoly utilities to provide an equitable energy future: “That was a hot mess inside a dumpster fire inside a train wreck.” Let’s get off the monopoly train in 2021, starting with 30 million solar homes.

Let’s Talk About Solar, Equity, and Monopoly Power in 2021 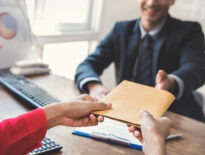