Reflecting a general trend in the energy sector, Bay County, Florida recently voted to shut down a local Waste-to-Energy facility. In deciding to shut down the 34 year-old facility, operated by Engen and located in Panama City, county commissioners cited its age, operation costs, and growth constraints.

The article notes that this closure is part of a trend.

“The Bay County facility closure fits into a wider trend of older incinerators shuttering in recent years, while new sites take longer to appear. According to a 2019 report by the Energy Recovery Council (ERC), an industry trade organization, the Bay County site is one of 11 such facilities in Florida out of just over 70 nationwide. The facility has a capacity of 500 tons per day, less than half the amount processed by most other mass burn or refuse-derived fuel facilities in the state.”

In another news article focused on the closure, the Panama City News Herald reported that fiscal considerations drove the commissioners’ decision. One commissioner noted that it was a business decision, driven by the fact that continuing to operate would raise costs by $23 per ton when the area’s tip fees were already higher than the industry standard.

“These are dinosaur facilities. They’re old, a lot of them are reaching 30 years of operation. They require a lot of maintenance in order to keep going and meet air quality standards and regulations… if an incinerator has financial difficulty, it’s just not profitable.”

Breckenridge said issues around climate change and the proximity of industrial facilities to water should prompt more community scrutiny of waste systems in hurricane-prone Florida. For example, Hurricane Michael temporarily took the incinerator offline when it hit in 2018, forcing the county to authorize emergency repairs. At the same time, Florida’s low-lying topography is one reason why it has more waste-to-energy facilities than any other state, as landfill siting can be a challenge.

But Breckenridge also expressed concern about the county’s move to redirect its waste to a landfill, calling the scenario a “false solution” that poses additional environmental challenges.

“It’s a good thing that this facility shut down,” she added. “But it’s also a little bit concerning that the plan seems to be to send all the waste to a landfill instead.”

Despite Bay County’s decision, mass burn technologies remain an area of interest in other parts of Florida. In late April, Pasco County voted to move forward with negotiations to design and construct an expansion for its own incinerator, currently operated by Covanta. In earnings calls, Covanta has also talked about “active discussions with multiple client communities” in the United States regarding both new and replacement capacity, even as the company has hedged around the future of wider-scale expansion as compared to other countries that have more facilities under construction. 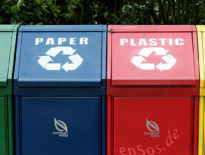 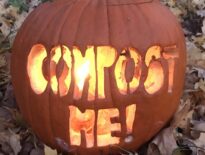