From the rolling Appalachian Mountains to bustling city streets, Kentucky has it all, including gigabit (1,000 Mbps) service from Fiber-to-the-Home (FTTH) networks. That’s right, Kentucky – the state that is often used as shorthand in America politics to talk about coal country and poverty – actually has some of the fastest, most reliable Internet service in the entire country. We put together this map using the latest data sets available from the FCC to highlight how much of rural Kentucky has the gold standard in high-speed Internet service. 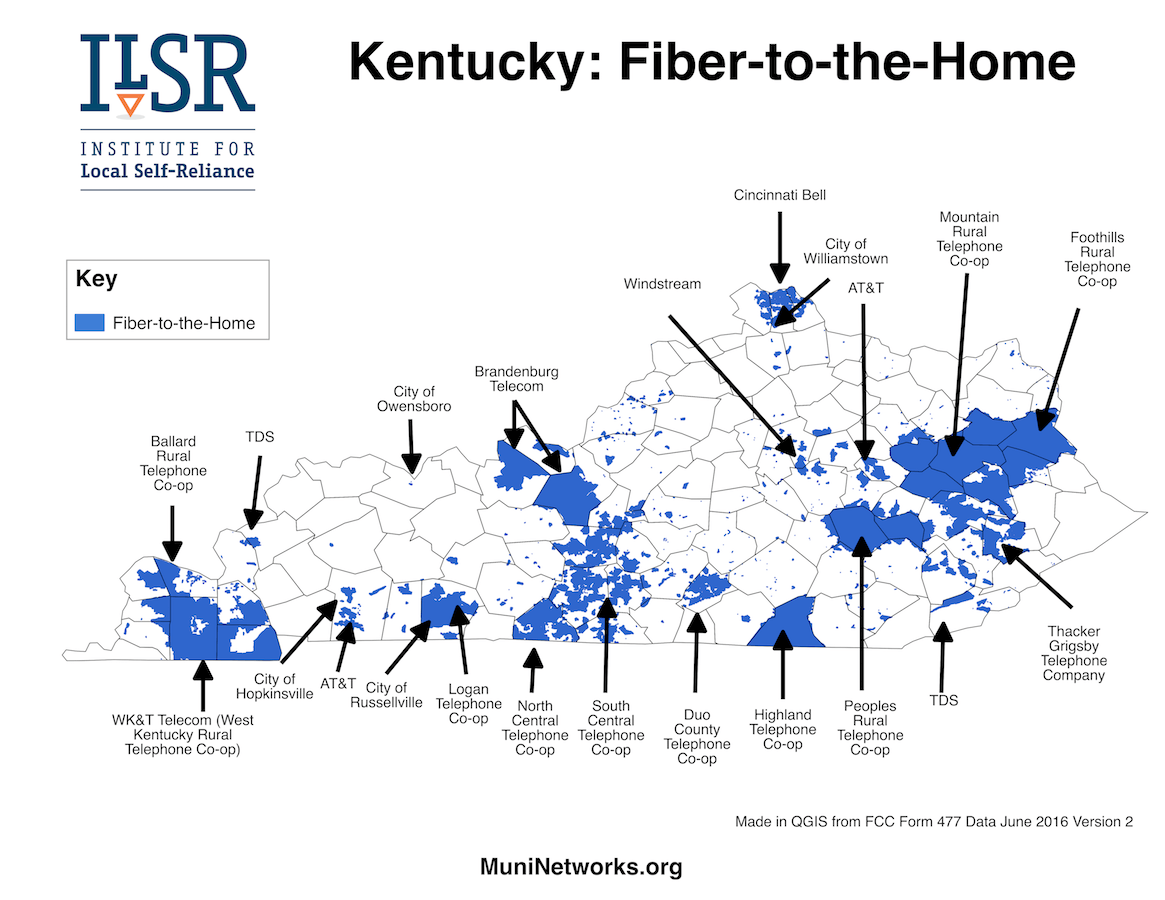 This is just a brief snapshot using the June 2016 Federal Communications Commissions (FCC) Form 477 data set. This map shows all the FTTH infrastructure available in Kentucky according to the data submitted by ISPs. This data is reported on the census block level and may overstate coverage. Even so, the data reveals how cooperatives provide high-speed Internet service to much of rural Kentucky.

*This is estimated based on the total area of the census blocks labeled served according to the Form 477 and cross-referenced with news reports when available.. Rural census blocks tend to include a larger area than urban census blocks, and an entire census block may be marked as served when even one household has broadband access. These numbers may overstate coverage.

It should come as little surprise that many cities in Kentucky have also built FTTH networks. After all, the idea of municipal networks got its start in Glasgow, Kentucky, in the 1980s. Today, Russellville, Hopkinsville, and Williamstown offer high-speed fiber connections to residents. Bowling Green and Paducah offer business connectivity, and Frankfort and Owensboro are exploring FTTH pilot projects. The city of Barbourville is replacing its cable system with FTTH as well.

Small, local ISPs, such as Brandenburg Telecom and Thacker Grigsby Telephone Company, have also built fiber networks. But, the large telecom companies AT&T and TDS seem to have invested far less into rural Kentucky than these locally-rooted organizations.

We Could Do Better

Admittedly, getting FTTH out to rural Kentucky has been no easy task. At one point, Peoples Rural Telephone Cooperative even used a mule to pull fiber-optic cable across rough terrain. Communities have often been on their own to figure out funding, such as finding and apply for grants and loans from different government agencies. The US Department of Agriculture grants and loans have supported some of these FTTH projects, and the FCC has provided the large providers with $50 million annually through the Connect America Fund to provide sub-par service of 10 Mbps download / 1 Mbps upload. Imagine what rural America could accomplish with an even better funding system, policies to support local cooperatives, and restored local authority in every state. 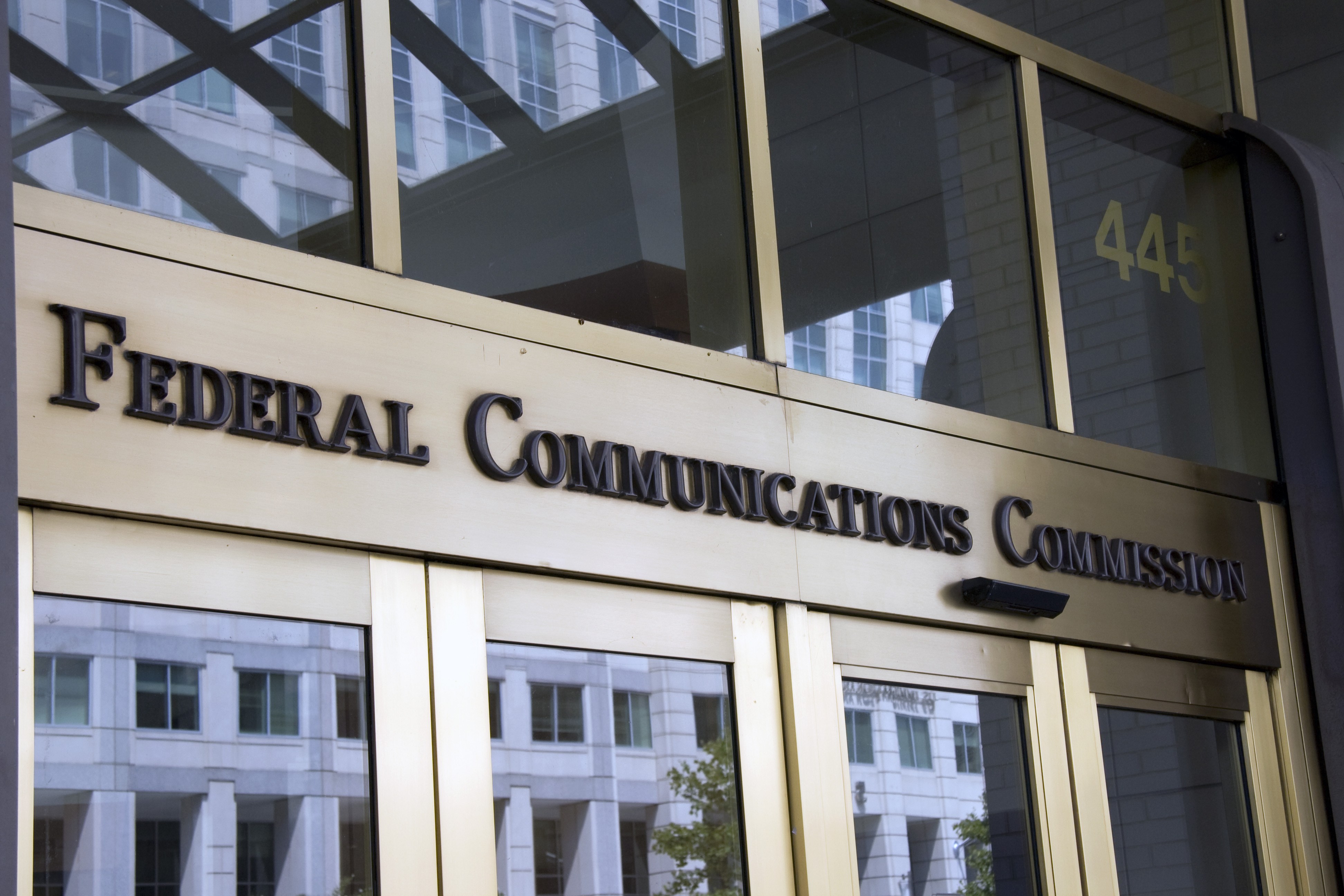 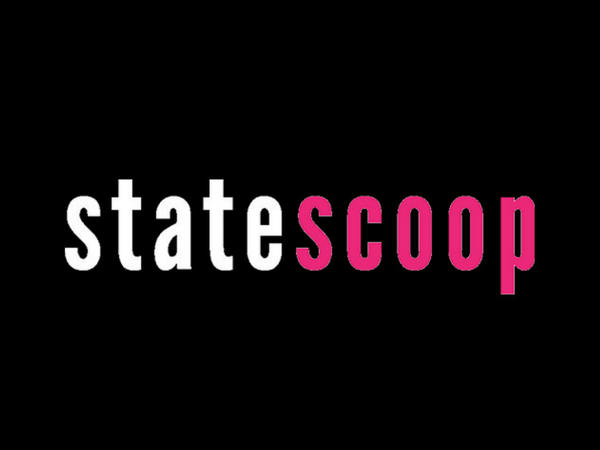