New England is well known for pacesetter legislation that has made it a clean power leader, but the region also boasts a showpiece example of community-scale coordination — separate from the action in statehouses and city halls — that taps into renewables to buoy local economies. 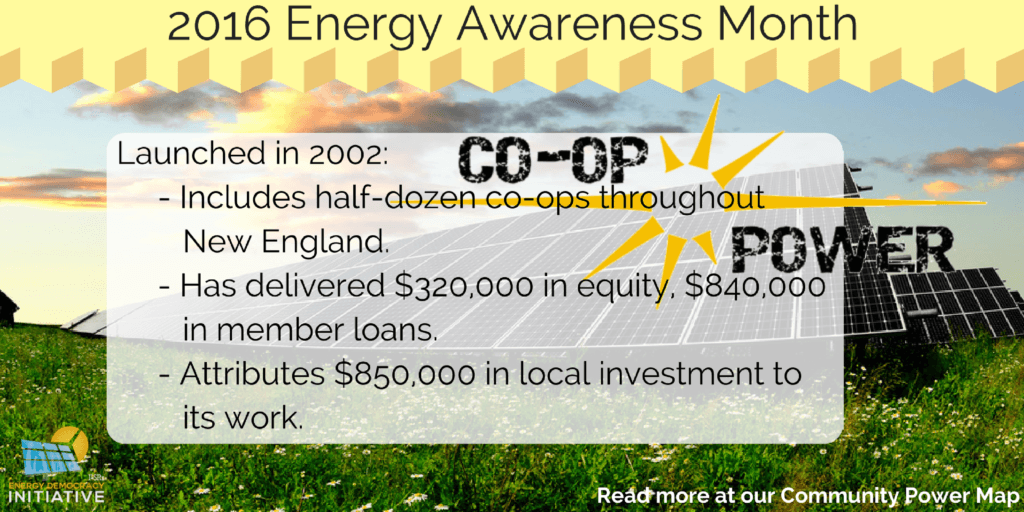 That’s precisely what Co-op Power set out to do when it launched in 2002 in Massachusetts, a state recognized as fertile ground for forward-thinking energy policies. But the organization didn’t want to wait for lawmakers to convert clean energy ambitions into action — instead, it adopted a more hands-on approach and started the work itself.

Co-op Power has leveraged its expanding membership base to raise more than $320,000 in equity and $840,000 in member loans to support community-oriented clean energy projects, like solar gardens and a solar-fueled hot water system. That doesn’t include $850,000 in local investment that the organization attributes to its work.

The group started with an emphasis on building out the clean energy economy in New England and New York, backing several new companies that fit into a growing market for renewables and energy efficiency. Its stable includes five solar installers and two electrician outfits, along with Energia, an energy efficiency contractor catering to commercial and multifamily properties.

In the past half-decade, Co-op Power estimates, those businesses together created more than 100 jobs. But while that economic development is a cornerstone of its mission, the organization has lately sharpened its focus on power itself.

Projects it supported in recent years include a 30.6 kilowatt rooftop array for Brattleboro Food Co-op in southern Vermont, near the New Hampshire border. Separately, it paved the way for a 3.5 million-gallon-a-year biofuel manufacturing plant in west-central Massachusetts.

Local Power as a Gateway to Savings

Beyond those, it launched a community solar program in 2015. Projects completed as part of that effort provide locally sourced solar power, generated at a single site, to subscribers from the community. To cash in on solar and avoid utilities’ fossil fuel power, they cover a portion of the project’s upfront costs.

A specialized program within Co-op Power’s portfolio sweetens the deal for faith communities in the Boston area. Through its Boston Interfaith Community Solar Project, the organization aims to bring shared solar power to five houses of worship. It will pull from its own coffers to cover start-up costs.

The program lets the faith communities purchase solar power, reducing their monthly electric bills by as much as 20% over two decades. Others in the area can subscribe to the individual projects to capture similar savings.

Plugging Gaps in the Marketplace

A state study in Massachusetts found that direct ownership of a rooftop solar array provides “a substantially higher economic benefit for the homeowner.” But with only about one-quarter of residences suitable for those installations, community solar plugs a significant access gap. It allows people to see savings even when they can’t install panels directly on their rooftops.

After an array links to the grid, the utility credits subscribers for the electricity produced at the site — money that likely stays local — through a process called net metering.

Federal and state incentives, along with net metering, help offset buy-in costs and accelerate payback for subscribers, but understanding what’s in play can be tricky. Plus, the government regulates exactly how solar proponents can raise capital needed to get their projects up and running.

Co-op Power has mapped out complex legal and accounting structures to allow communities to more easily integrate a shared power source, developed in partnership with local solar installers and other groups.

So far, the organization has supported a trio of community solar installations in New York plus one closer to home in Massachusetts — a portfolio expected to grow as policymakers and communities alike embrace the significant growth potential of the clean energy economy. 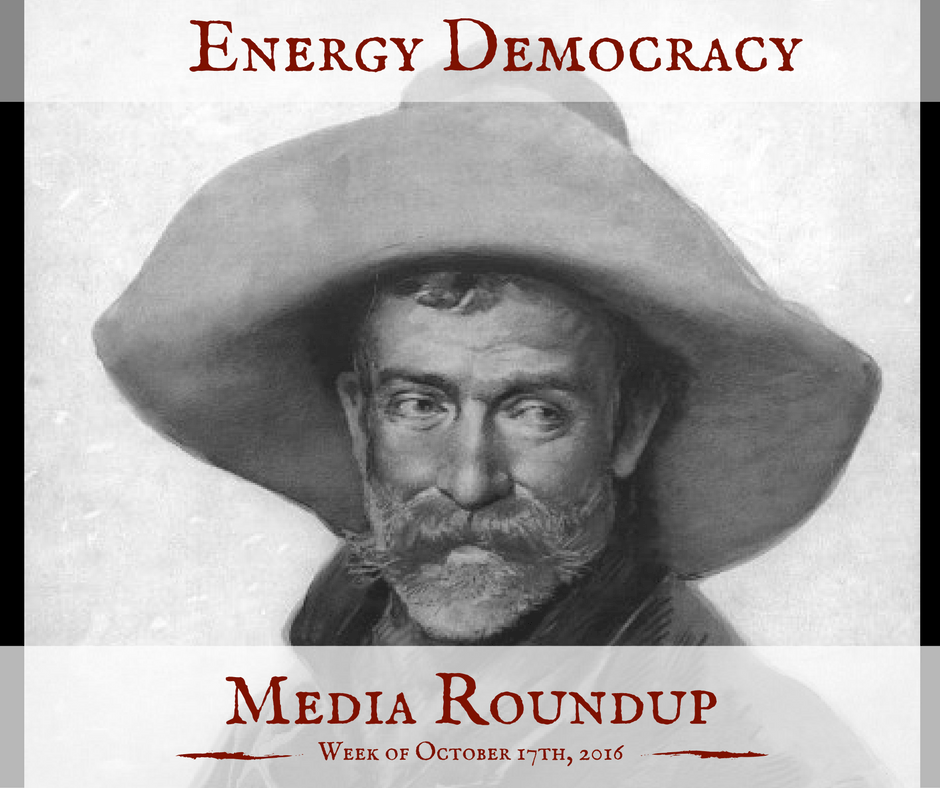