Amazon’s been expanding its infrastructure at a breakneck pace. Between the summer of 2015 and the summer of 2016, Amazon’s network of distribution facilities doubled in number, as it rolled out 14 of its massive fulfillment centers, 11 new sortation centers, and 60 smaller facilities like delivery stations and Prime Now hubs. In July, the company announced that it would have 18 more new fulfillment centers up and running by the end of September. “It’s the biggest expansion of any distribution system for any retailer that we’ve ever seen,” says Mark Meinster, the executive director of a worker center based in the Chicago area.

Many of the facilities have been financed partly by taxpayers. Amazon has pocketed at least $613 million in public subsidies for its fulfillment facilities since 2005, our new report finds, and more than half of the 77 large facilities it built between 2005 and 2014 have been subsidized by taxpayers.

For Amazon’s customers, these facilities — nondescript, windowless buildings on the outskirts of cities or near major rail hubs — are mostly invisible. In order to better visualize the company’s U.S. network, we’ve mapped it. Drawing on data from the firm MWPVL International, as well as Amazon’s own news releases, we’ve broken down its facilities in those small and large, those old and new and forthcoming. To view the map larger, click on the box at the top right, and to see the legend, click the icon at the top left. The map is as of October 2016.

Below the map, we’ve also graphed the company’s expanding footprint, measured by the square footage of its warehouses and other fulfillment facilities.

For more information on Amazon and its expansion, see our report, “Amazon’s Stranglehold: How the Company’s Tightening Grip is Stifling Competition, Eroding Jobs, and Threatening Communities.” 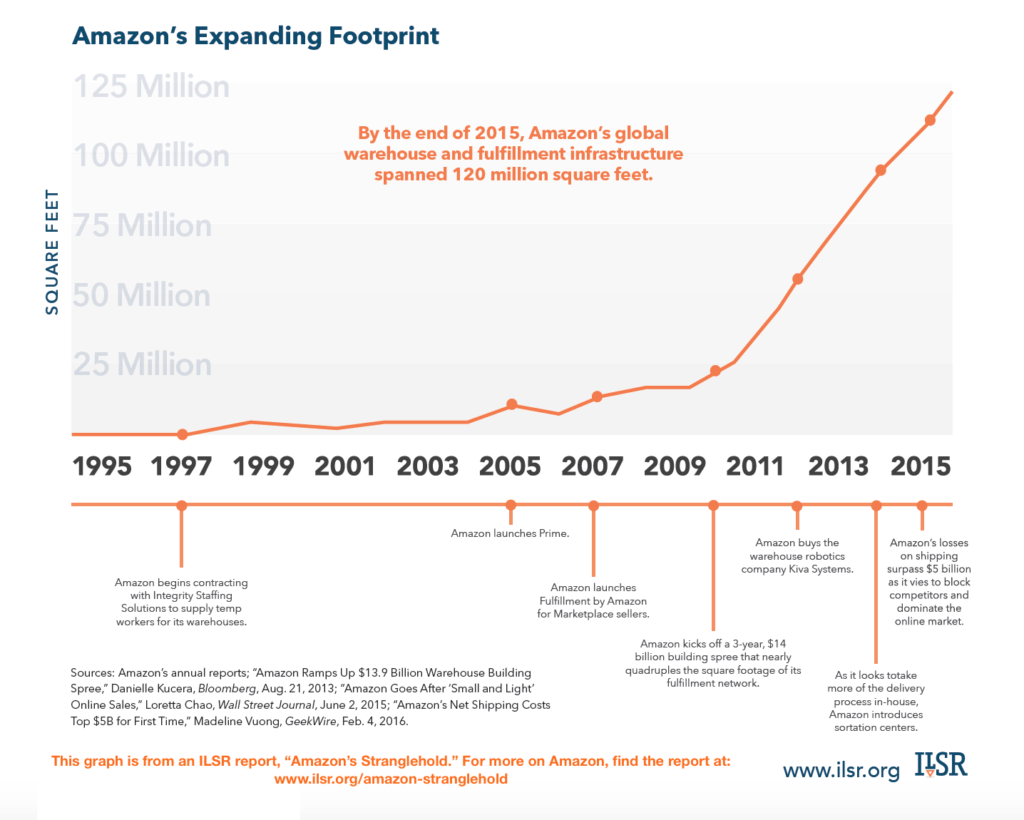 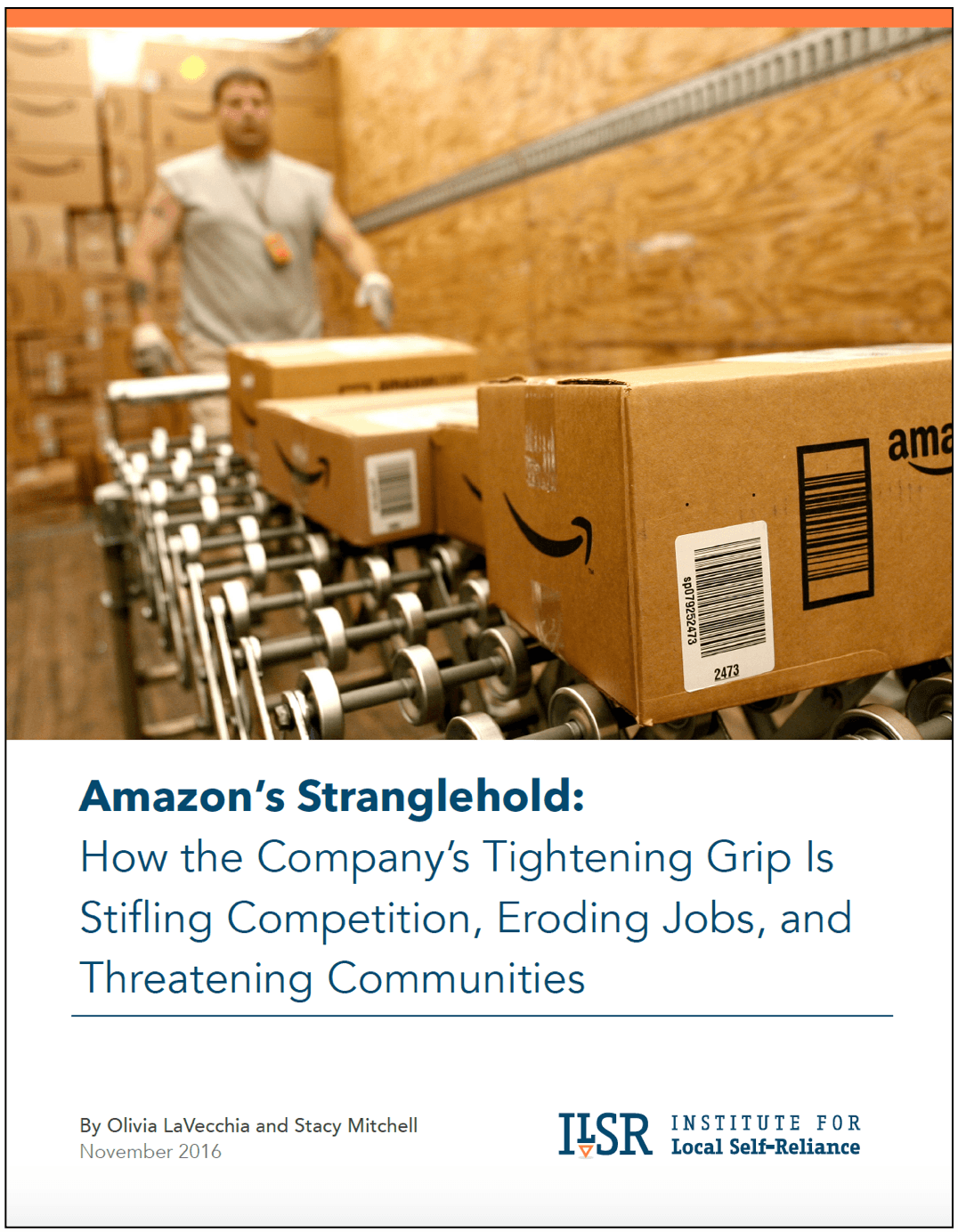 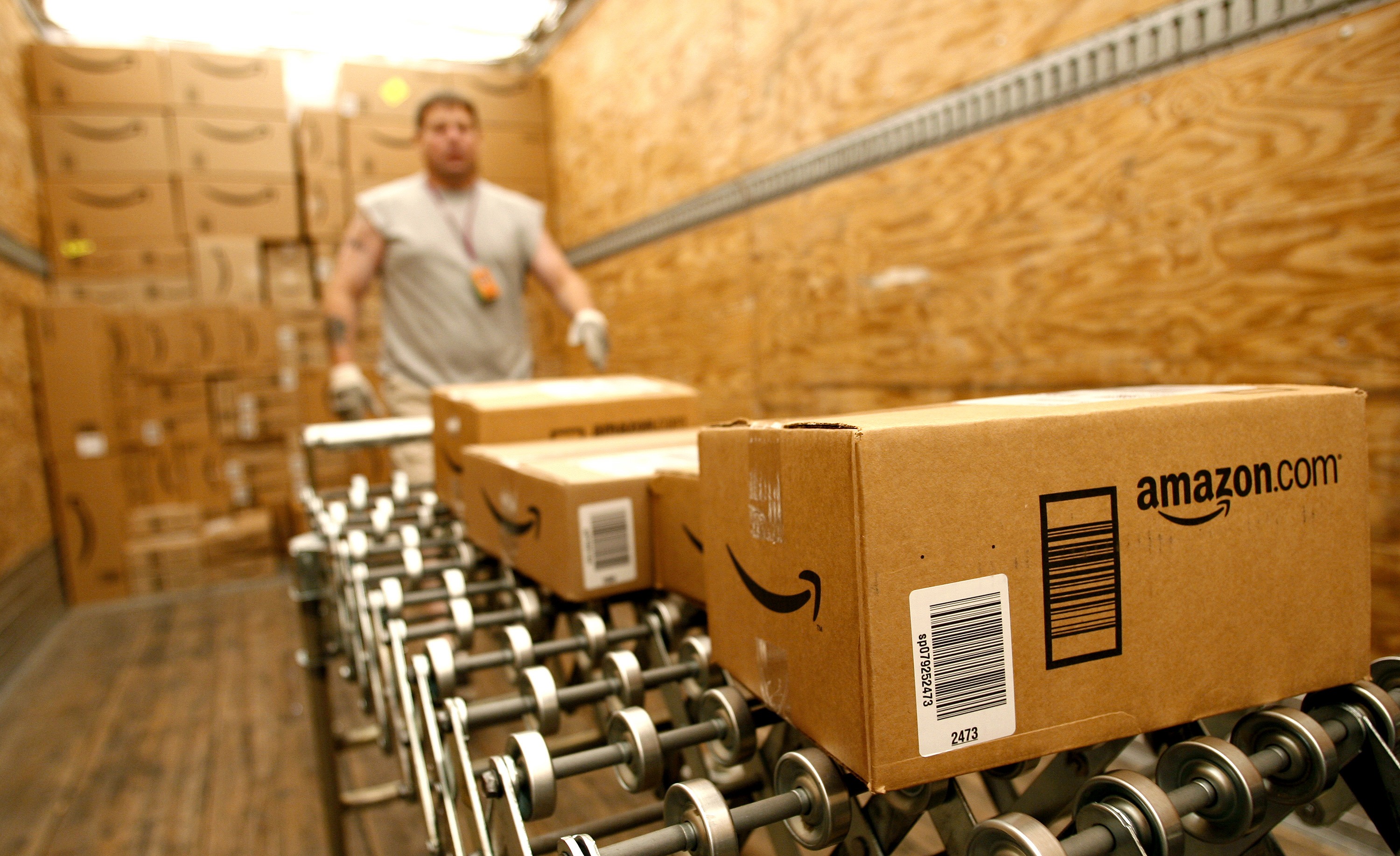 Retail Amazon’s Stranglehold: How the Company’s T…
Sign Up for the Hometown Advantage Newsletter