WASHINGTON, D.C. – Amazon, the rapidly expanding company founded by Jeff Bezos in 1995, is undermining competition and reshaping the U.S. economy in ways that curtail opportunities for small businesses, reduce jobs and wages, limit product diversity and the choices available to consumers, and harm the economic and fiscal underpinnings of communities, according to a new report released today by the Institute for Local Self-Reliance (ILSR).

The report, Amazon’s Stranglehold: How the Company’s Tightening Grip is Stifling Competition, Eroding Jobs, and Threatening Communities, presents new data; draws on interviews with dozens of manufacturers, retailers, labor experts, and others; and synthesizes a broad body of previous reporting and scholarship. It’s available at https://ilsr.org/amazon-stranglehold.

“Our analysis suggests that Amazon represents nothing less than a new wave of economic dislocation and loss of local ownership following the earlier collapse of manufacturing and small businesses that devastated so many regions of the country,” said ILSR Co-Director Stacy Mitchell, who co-authored the report with ILSR Research Associate Olivia LaVecchia.

The report estimates that Amazon is now capturing nearly $1 in every $2 that Americans spend online. The company sells more books, toys, and by next year, apparel and consumer electronics than any retailer online or off. Its market power now rivals that of Walmart, and it stands only to grow. Since the summer of 2015, Amazon has more than doubled the number of distribution facilities it operates in the U.S., and it’s investing heavily in many sectors, including the nation’s $800 billion grocery market.

Amazon is more than a big retailer though. It increasingly controls the infrastructure that rival companies depend on to reach the market, making Amazon a novel and particularly potent threat to competition. By corralling a growing share of online shopping traffic — 55% of shoppers now start their searches directly on Amazon — Amazon has left competing retailers and manufacturers with little choice but to become third-party sellers on its platform. This gives Amazon the power to dictate the terms by which its competitors and suppliers operate, and to levy a kind of tax on their sales.

One consequence of Amazon’s power as a gatekeeper is an economy that is less diverse and innovative, and which affords fewer opportunities for businesses to start and grow. The report finds that Amazon is fueling a decline in the number of independent retailers, which manufacturers say is impeding product development and innovation by making it harder for new products to find an audience.

For consumers, this means less choice, as well as increasing dependence on a company that has begun to selectively raise prices, the report finds, citing other research. Amazon’s power to manipulate what products we encounter is especially concerning in the book industry, where it now commands more than half of sales, and where it can stifle the exchange of ideas simply by removing a book from its search and recommendation algorithms, as it did two years ago in its dispute with the publisher Hachette.

Even as it squeezes out small businesses, Amazon is reducing the number of jobs in the economy and driving down wages. Work in Amazon warehouses is exceptionally grueling, the report finds, and yet the company pays its fulfillment workers less than average. ILSR analyzed the company’s wages in 11 metro areas and found that Amazon pays an average of 15 percent less than the prevailing wage for other warehouse workers in the same region.

Amazon is also reducing the overall number of jobs in the economy. The report finds that Amazon has eliminated about 149,000 more jobs in retail than it has created in its warehouses, and the pace of layoffs is accelerating. Many jobs are at risk: the retail sector currently accounts for about 1 in every 8 jobs, and unlike jobs at Amazon, retail work is geographically distributed.

Despite this, cities and states have helped finance Amazon’s expansion. The report finds that Amazon has pocketed at least $613 million in public subsidies for its fulfillment facilities since 2005, and more than half of the 77 large facilities it built between 2005 and 2014 have been subsidized by taxpayers. The report also finds that Amazon continues to benefit from a sales tax exemption in 16 states, and that its overseas tax-sheltering scheme has reduced its effective tax rate to about one-third the average paid by competing retailers.

The report concludes by sketching steps policymakers should take to check the company’s power and bring about a more competitive and equitable economy. These include beefing up enforcement of America’s long-standing anti-monopoly laws, protecting the rights of workers in the digital economy, and better accounting for the economic and community benefits of small businesses. 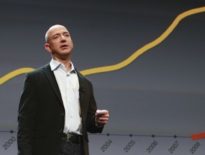 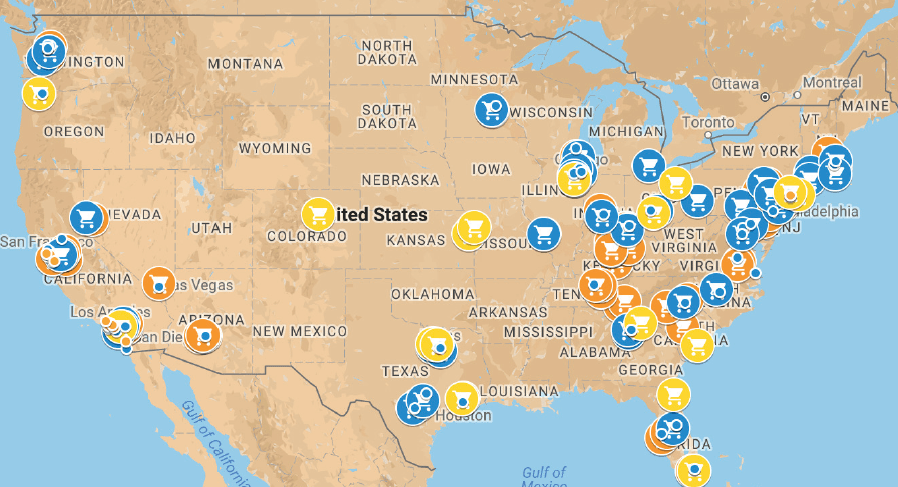