This is a response to a Renewable Energy Focus article claiming that transmission is at the top of the U.S. renewable energy agenda. 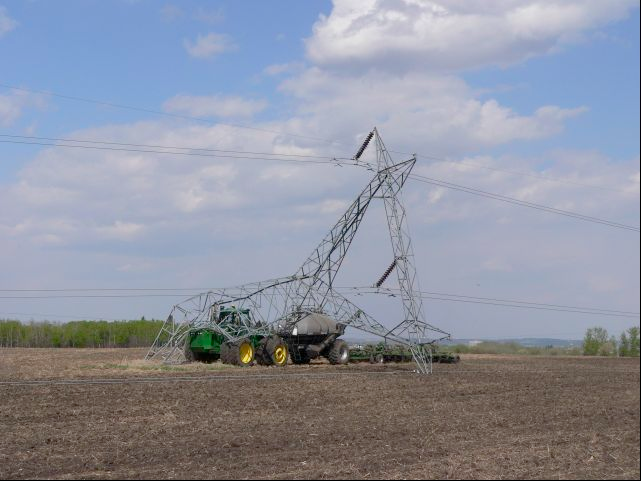 What would transportation advocates say if someone suggested that the solution to traffic congestion in New York City, Chicago, and Los Angeles was the creation of a new interstate superhighway system?  Nonsense!  But that’s exactly what’s happening with proposals for a new, nationwide high-voltage transmission superhighway for renewable energy development.

Advocates of this new system see grid-constrained renewable energy hot spots and distant big cities and envision an interstate network connecting them.  They see the national natural gas pipeline system and dream of mimicking that system with the same federal preemption and oversight.  But the proposal for a new interstate network of new high voltage lines and the pipeline preemption strategy indicate a myopic view of renewable energy.

Take the supposed limitations on renewable energy development.  In a few areas of the country, renewable energy is facing constraints on the electric grid.  Too many wind projects in a few, remote windy areas have put a stop to development in these areas.  But unlike fossil fuels, renewable energy is everywhere.  A report we recently released at the Institute for Local Self-Reliance –  Energy Self-Reliant States – shows that every U.S. state can reach its renewable goal or mandate and 60 percent of states could get all their electricity using solely in-state renewable resources.  Utility studies of the Minnesota’s lower voltage transmission system found that 600 megawatts of dispersed wind projects could be added with no additional transmission expenditures and that hundreds more megawatts could be added at a fraction of the cost of new high voltage transmission lines.

To put it mildly, the constraints on the transmission system are a matter of perspective.

The transmission advocate vision of the replicating the nation’s natural gas pipeline network in a new transmission superhighway deepens the renewable energy myopia.  At a 2009 national conference on the electric grid hosted by Google in Washington, DC, a representative from the National Association of Regulatory Utility Commissioners (NARUS) illustrates the difficulty of applying the national gas pipeline model to a renewably powered electric grid.

“With gas pipelines we kind of knew where the gas was.  It’s in a few places so to get it from there to the market is a pretty simple exercise.  With renewables you can put it up in a lot of places.  Thousands of places.  And then where exactly do you run the line, it’s like the old question from the 1800s, where do you run the railroad?  If you run the railroads here you get a whole lot going on here and nothing over there because you’re going to run one line.  That’s the difficulty.”

Natural gas pipelines move from Point A (gas field) to Point B (cities) and lent themselves to federal preemptive powers.  But renewable energy has millions of point A’s, making an interstate transmission network a political choice rather than a practical one.  Once again, it’s a matter of perspective.

“Lawmakers should resist calls to add an extensive and costly new transmission system that would carry electricity from remote areas like Texas, the Great Plains, and Eastern Canada to places with high energy demands like Boston, Chicago, and New York … Renewable energy resources are found all across the country; they don’t need to be harnessed from just one place.” [emphasis mine]

In May 2009, the governors of 10 East Coast states wrote to senior members of Congress to protest.  Requiring their residents and businesses to pay billions of dollars for new transmission lines that would import electricity from the upper Midwest and Southwest into their region “could jeopardize our states’ efforts to develop wind resources … “  They added, “it is well accepted that local generation is more responsive and effective in solving reliability issues than long distance energy inputs.”

Nine of the 10 Eastern states whose governors signed the May 2009 letter could get over 80 percent of their electricity from in-state renewable resources, according to Energy Self-Reliant States.

Transmission may have risen to the top of the national renewable energy agenda in the United States, but its priority is a matter of perspective.  Transmission is the only option for expansion if we choose to myopically see renewable energy only in select hot spots.  But the real vision is a vast and dispersed renewable energy resource that can be tapped anywhere.  And enabling the development of that resource everywhere – and the sharing of its attendant economic benefits – should the clear priority. 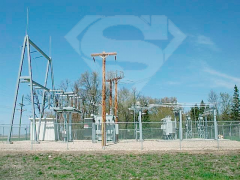 Even if many states prefer to focus on their own renewable resources, the technical hurdle for the interstate transmission superhighway may be overcome with a new “super” substation in New Mexico called Tres Amigas. One of the biggest barriers to the envisioned interstate transmission superhighway is that the U.S. actually has three separate grids: the Eastern Interconnection, the Western Interconnection, and the Texas grid. Without power transfers between these grids, it’d be hard to do as many clean energy advocates desire – send green power from the Southwest and wind from the Great Plains to the coasts.

“Tres Amigas will serve as a renewable energy market hub by connecting all three of America’s power grids to enable the transfer of green power from region to region,” said Phil Harris, chief executive of Tres Amigas.

The problem? Most states have enough in-state renewable energy to meet their goals, and they like the economic rewards of tapping domestic renewable resources, especially in comparison to the cost of building a new high-voltage transmission network.

This spring, governors of ten states—including New York, New Jersey, Massachusetts, and Virginia—sent a letter to congressional leaders questioning the idea of a national transmission superhighway to bring juice from the Midwest to the Atlantic coast. Instead, they urged, Congress should support regional energy solutions—such as Atlantic offshore wind for those eastern states. It’s a line seconded by big utilities, such as PSEG of New Jersey. The argument: Renewable resources in the eastern U.S., such as wind and sun, may not be so abundant as in other parts of the country. But that resource advantage is more than offset by the huge expense of building thousands of miles of transmission lines to carry electricity.

The new Tres Amigas super substation might provide the technical potential for long-distance bulk transfer of electricity (as likely coal as solar or wind), but it won’t make many friends in the process.

Bring Power to the People by David Morris Originally published in the Minneapolis Star Tribune, August 25, 2003 On Nov. 9, 1965, at a little past 5 p.m., some 30 million people in eight Northeastern states and two Canadian provinces were plunged into darkness. Millions of people remained without electricity for as long as 15 hours. … Read More