Electric utility monopolies, once a necessary evil, are time and again failing to meet the challenges of the current moment.

For this episode of the Local Energy Rules Podcast, a rebroadcast from the Building Local Power Podcast, host John Farrell speaks with Chris Villarreal, President of Plugged In Strategies and an Associate Fellow with the R Street Institute. They discuss the electricity market and how it insulates utility companies from competition, even when that competition would green the electricity supply and drive down rates.

The Market Is Not Designed for Competition

Villarreal explains how electric monopolies were given “franchises,” or contracts to exclusively serve everyone in their service territory, in part to guarantee that they recovered the costs of building an electric grid. Since the foundation was laid, new technology has introduced smaller electricity providers and competition to the market. Competition is good for the consumer, since it drives prices down, but it cuts into utility profits.

We have the electric utilities, which for the most part have not been pressured in the same way that other industries have to compete… [they] have really been insulated from competition for a long time.

The rules maintaining the electricity market are relics of the past. Regulators often have little power to make change, or no desire to, and utilities pay policy makers to maintain the status quo. Villarreal references a parallel scenario explained in The Omnivore’s Dilemma: as organic produce gained popularity at local farmer’s markets, federal regulators began developing the rules for organic certification. Large commercial producers then used their influence with the regulators to make the certification process more cumbersome.

One consequence of how things stand comes from a utility’s “right of first refusal.” Essentially, when a new transmission line is needed, the utility serving that territory gets first dibs at building it. Not only is this potentially more expensive, since there is no competitive bidding process, but it is inefficient — developers cannot build transmission lines across multiple utility territories. Altogether, the right of first refusal “exacerbates regional planning issues,” says Villarreal.

What we’re grappling with now is a system that was designed for a certain type of efficiency, now standing in the way of new types of efficiencies

Entergy Corporation serves electric customers in Arkansas, Mississippi, Louisiana, and Texas. Because of its right of first refusal in Texas, Entergy has staved off any regional competition in the transmission sector. The company then under-invested in generation and transmission infrastructure. Entergy’s monopoly effectively made the grid vulnerable, says Villarreal, and unable to respond to Hurricane Ida.

In the states that enable net metering, utilities must ensure that customer-owned solar systems are safely, reliably plugged into the electric grid. Here lies the grey area. Developers and customers benefit from transparency (like a public hosting capacity analysis), but utilities resist providing more information about the grid. In general, home solar systems provide an alternative and competing source of electricity — one that utilities have no incentive to interconnect to their system.

There is quite an effort underway by the utility to minimize how much information they have to make available to the public… by providing more information to the public, they’re introducing new parties to provide service that historically they’ve been the only one to provide.

Most respondents to our Local Solar Developer Survey listed interconnection rules as the barrier that caused the most unexpected costs and delays.

One way to eliminate perverse incentives is to evaluate utilities based on performance. Traditionally, regulated utilities are guaranteed to earn back what they invest in the grid plus an agreed-upon rate of return. Under performance-based regulation, utilities still earn a profit, but that rate of return depends on the utility’s success in meeting various objectives.

In 2020, the Hawaii Public Utilities Commission adopted performance-based regulation for the state’s investor owned utility. Listen to our Local Energy Rules podcast interview with Isaac Moriwake, managing attorney of the EarthJustice MidPacific/Hawaii office and intervener in the case.

Villarreal hopes the utility will become more like a network operator, with utilities less dependent on the revenue from selling electrons. He compares this framework to cell phone networks: individuals can buy any kind of phone that they want and then pay a fee to use the network. Farrell, in contrast, sees risks to private networks. An example of where private networks go sour is Amazon’s seller platform. Amazon sets the rules for its own private network, profiting off of seller fees, while sellers are forced to use the monopoly platform.

Still, public takeovers are often unsuccessful and public networks have their own drawbacks. Whether it is public or private, a utility needs to recover its costs and needs people to consume the product. The challenge, says Villarreal, is enforcing equitable and fair access. Regulation is needed, but it must evolve.

Groups need to come together to ensure that the regulators that get appointed to these positions understand the transition and are prepared to evolve along with it.

This is the 146th episode of Local Energy Rules, an ILSR podcast with Energy Democracy Director John Farrell, which shares powerful stories of successful local renewable energy and exposes the policy and practical barriers to its expansion. 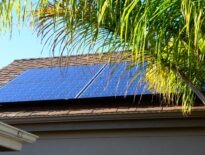