New Hampshire, home to some of the highest utility costs in the nation, could be fertile ground for community energy projects that promote lower-cost, renewable generation — especially after investors in one shared solar array pioneered a strategy to promote greater local ownership.

Regulatory and legal roadblocks forced solar advocates in Keene to develop a comprehensive framework for adding a 43-kilowatt rooftop array to Monadnock Food Co-op, whose focus on sustainability and downtown location made it a natural partner. Still, when the group began exploring its options in 2013, community shared renewables represented unfamiliar territory in the Granite State.

Without a blueprint from other local projects, the group — led by community members — got to work. Peter Hansel, an investor in the project and part of its steering committee who helped develop its model, recently spoke with ILSR’s John Farrell about how it all came together.

The project grew out of a 2013 community solar study led by the Monadnock Sustainability Network, a group of community and business leaders, and students from Antioch University New England, based in Keene. Roughly three years later, after its backers toiled through dense regulations and opaque legal requirements, the array came online.

From the beginning, organizers wanted to keep the project’s economic development benefits, including cost savings to job creation, close to home. That’s why they found an enthusiastic host right in town. After that, they contracted with a Keene-based installer. Finally, they ensured local ownership by culling investors from the community.

“The essence of local business, of local investment, really paid off, because we have a local host, local investors, a local installer,” Hansel said. “It really worked out perfectly from that point of view.”

The solar panels cover the co-op’s roof. The project came with a total price tag of $150,000, which covered prickly legal analysis, a structural engineering study, and contingency reserve, in addition to the solar array itself. It’s operational now, and has come close to matching forecasts for its output in the first year.

But getting there was far from easy. Advocates had to grapple with rigid New Hampshire rules, pushing them away from the typical community solar model. These projects, often owned by third parties, frequently hinge on subscribers (sometimes hundreds of them) signing agreements to purchase electricity from the arrays. The Monadnock project, on the other hand, had fewer than a dozen investors and just a single energy consumer.

A Novel Spin on Community Solar

The Keene effort borrows from Brattleboro Co-op in Vermont, which installed a 30.6-kilowatt array on its roof to supply the co-op with local, clean energy. Though the projects share obvious similarities, Brattleboro targeted dozens of new members to help with financing, compared with Monadnock’s narrower investor pool.

Keene organizers initially wanted to recruit more financial backers, but state rules capped participation at 10. Since then, lawmakers loosened rules to allow for up to 25 investors in community energy projects. But even without that leeway, the Monadnock steering committee made it work.

Their project produces energy for the co-op itself, which as part of its power purchase deal put up 40 percent of the capital needed to build the project (about $60,000). Investors covered the rest, forming a limited liability corporation (LLC) to collectively inject another $90,000 into the array, rounding out project financing.

Eligible investors must have substantial “passive income,” such as regular returns generated by stock or property holdings, to access these incentives. That stipulation complicated the search for Monadnock investors, who, like the backers of other solar projects, depended on the credits as their main pathway to a payout.

“That affected a few potential investors. They sort of had to pull back or pull out instead of making this investment because of that restriction,” Hansel said. “It’s a problem. It narrows your field for finding local investors, but fortunately there were enough here in Keene and in our region to finance the project.”

Though the co-op itself was unable to redeem tax credits as part of its investment, the deal guaranteed it another kind of benefit.

In addition, the co-op will be able to purchase the array outright after investors receive all their tax credits, expected in six or seven years. At that point, the investors will see full returns and the store will own a power source that will continue supplying its electricity for decades to come.

“After all the credits have come back to us that can come to us … we can then turn around the sell the project to the food co-op and that will pretty much nail down the type of return we are going to get,” Hansel said.

For Hansel, investing in the co-op array wasn’t purely a bottom-line decision.

In fact, he already has solar panels atop his home and his business. His solar buy-in, he said, was influenced by his philosophy that locally owned distributed generation carries compelling community benefits. The Monadnock effort enabled him to invest more in those ideals and earn  a modest financial payoff.

Hansel and his co-investors expect to earn back their investment plus a small profit over the next decade. The way they’ve structured the financing, tapping into federal tax credits and state incentives, they’ll earn back more than half their initial buy-in within the project’s first two years.

Though the investors will eventually cash out by selling the array to the co-op, its permanent owner, they don’t know yet what that piece of the deal will look like. It’s tough to put a valuation on a rooftop-mounted array — an unconventional commodity in the marketplace — so it remains unclear exactly how much the investor group will gain in at the end.

“We have a rough idea what we’re going to sell for, and [the co-op has] a rough idea as well for that figure,” Hansel said. “We both understand that that may need to be tweaked up or down to make sure that the investors have made the return they’re expecting. That’s also an interesting part of this whole project — nobody seems to know what the fair market value of a solar array stuck on a roof is.”

Crafting a financing framework for a community solar project gets complicated every time. But the Monadnock group hopes its push into the local renewables market will be instructive for wannabe developers around the country — particularly in markets grappling with tight restrictions on community energy.

To that end, they compiled their insights in a report, available online, to help prospective investors, hosts, and developers dodge some of the legal and regulatory wrangling that dominated much of the Monadnock planning process. The array opened a new opportunity in New Hampshire, and proponents want more communities to cash in sooner rather than later.

One factor has changed since the Keene investors started their community solar investigation: New Hampshire adopted a “group net metering” law. The law allows a group of customers to share solar electricity output from a commonly held array. As in several other states, this may participation, although it infrequently includes local ownership like the Monadock co-op solar array and was adopted over the objections of local utilities. Hansel’s investors wanted to avoid that complication.

“We want to make this as easy as possible given the painful process we had to go through,” John Kondos, who leads the Monadnock Sustainability Network and sat on the Monadnock steering committee, told Green Energy Times.

Energy In Minnesota, utilities and regulators plan for th… 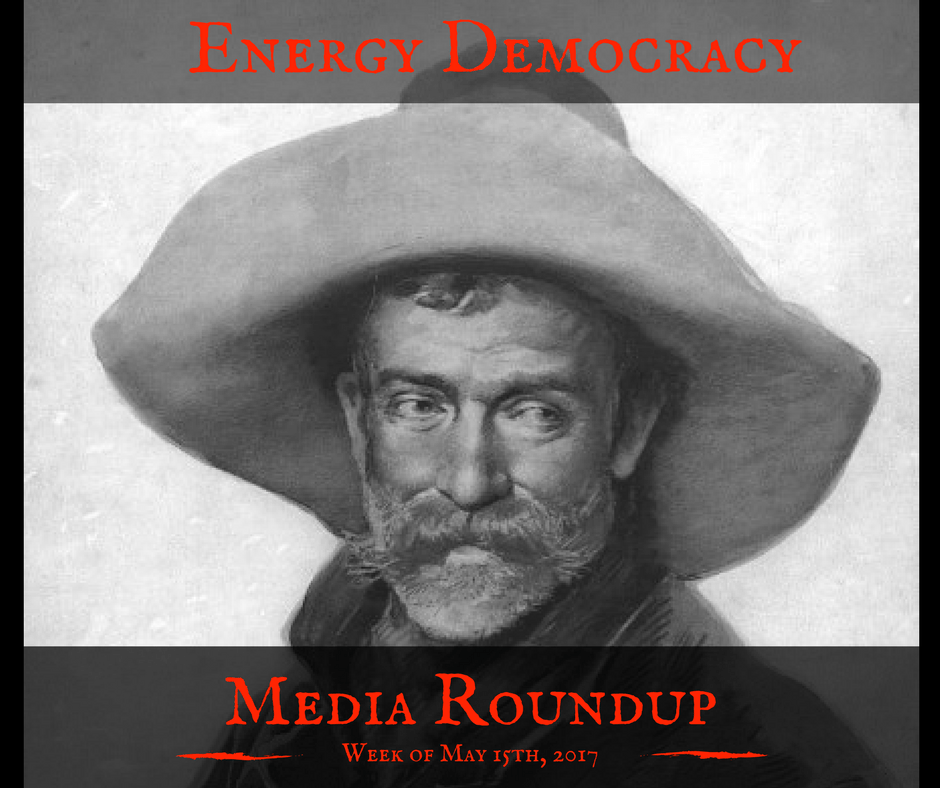