U.S. developers installed 5.8 gigawatts of electric generation capacity in the third quarter of 2022. The technologies supplying this new capacity could be credited in thirds: one third small solar (setting yet another quarterly record), one third large solar, and the final third split between fossil gas and wind generation resources.

In the chart below, we illustrate the past two years of new electric power capacity in the U.S., disaggregated by energy source on a quarterly basis. 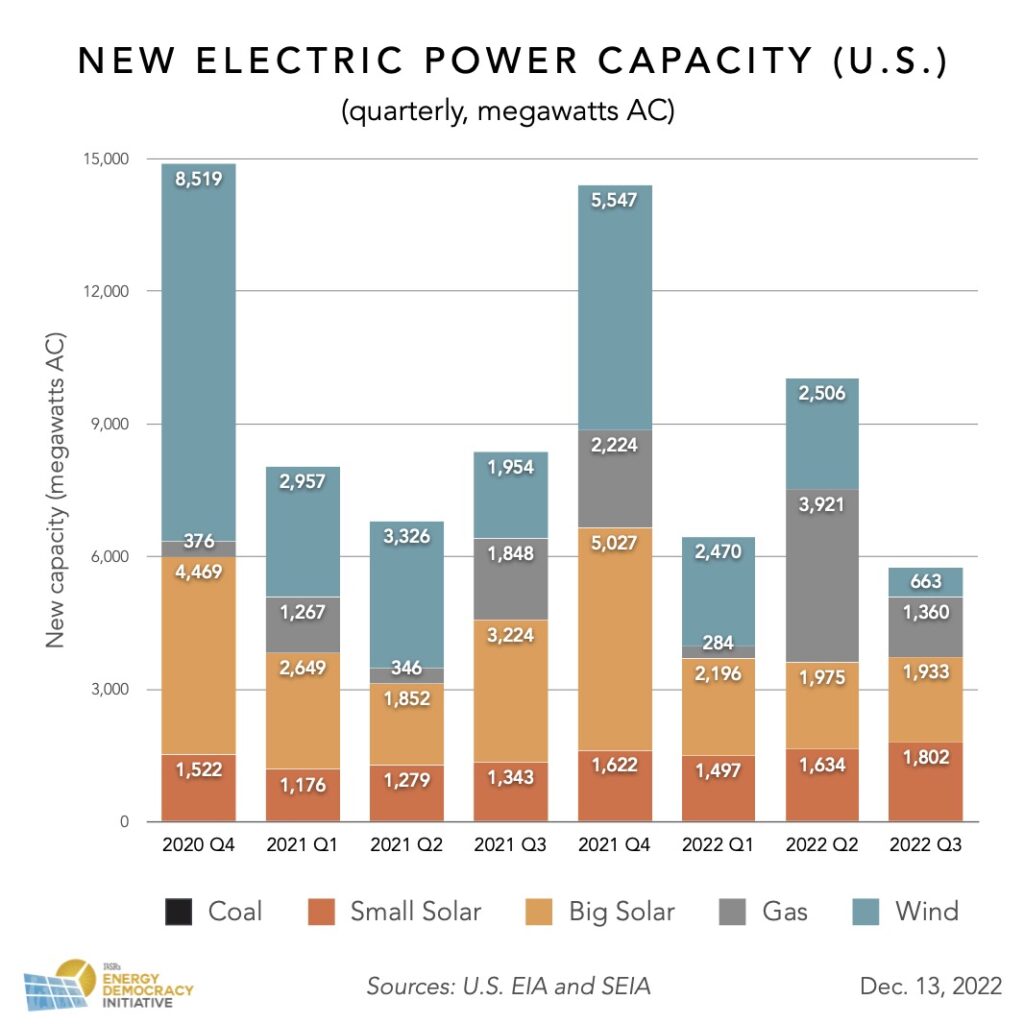 For more on the advancement of distributed, clean energy resources, see these recent ILSR resources: 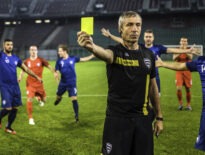 Energy Regulators as Referees When Utilities and Customer… 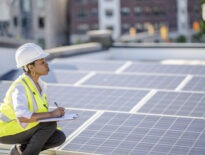