The first quarter of 2019 saw renewable resources claim a majority share of new power generation for the second quarter in a row and for eight of the past 12 quarters. This trend provides a hopeful outlook for the future of clean energy this year, thanks to steady growth from small-scale residential and commercial solar installations and wind power, in particular.

In the chart below, we illustrate the past several years of new power plant capacity in the U.S., disaggregated by energy source on a quarterly basis. 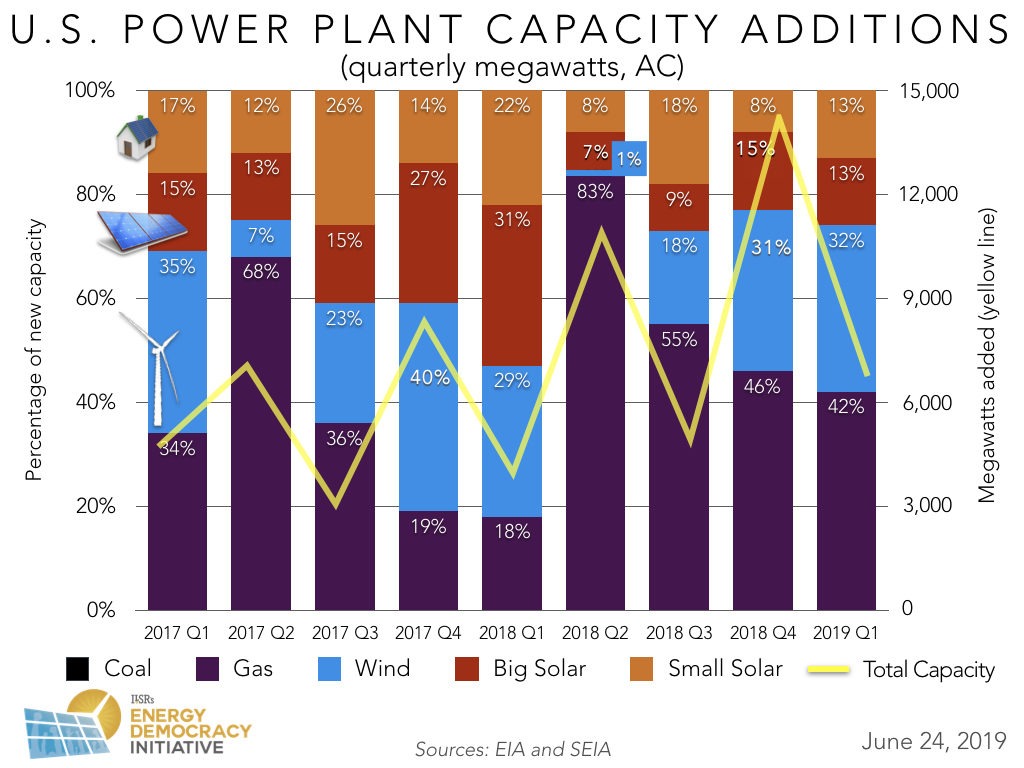 Overall, total power capacity clocked in at nearly 7 gigawatts of new generation added during this period — the largest amount of new capacity in any first quarter in recent years.

Notably, new capacity from fracked gas plants dropped by more than 50 percent compared to the last quarter of 2018 (2.9 gigawatts from 6.5 gigawatts) and saw its relative share of total generation decline by four percentage points, as well.

As capacity from renewables bounces back, will the relative share of new capacity from fracked gas plants keep falling from its peak in the second half of 2018?

Time will tell. In the meantime, state regulators — such as those in Minnesota — could instead seize the opportunity to approve wind and solar resources at a lower cost than gas power plants, without the adverse climate impact.

In continued good news for advocates of local, clean energy, the share of solar from small-scale, distributed power — residential and commercial installation of photovoltaic arrays — continues to see steady growth and has kept pace with growth in larger, utility-scale solar in the first quarter of 2019, as well.

As more cities across the country look for creative ways to meet ambitious targets for energy independence and 100 percent renewable energy, the future continues to look bright for investments in local, renewable power.

Of New Power Generation, How Much is on the Roof? Quarterly Update — 2019 Q1 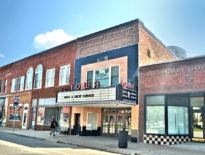