For more than five years, Vineyard Power Cooperative has provided electricity customers living in one of Massachusetts’ best-known island communities the chance to buy into an energy future that favors renewables and bolsters their local economy. 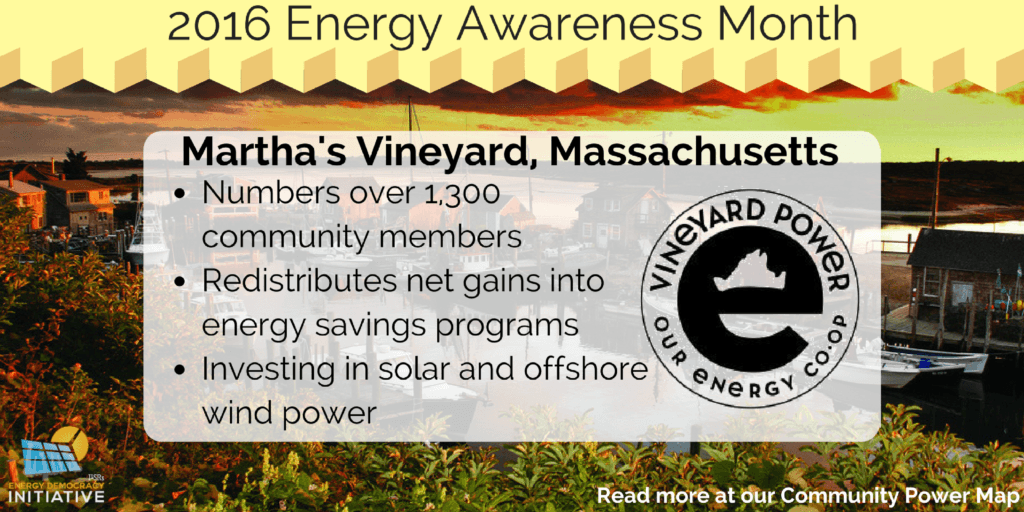 Vineyard Power serves the small resort island of Martha’s Vineyard, planted off of Cape Cod and famous for drawing well-heeled visitors during summer months. But those who live in the resort area year-round are known for their deep emphasis on community and civic engagement, values reflected in their push for a diverse energy mix.

Since it launched in 2009, Vineyard Power has welcomed more than 1,300 community members to its rolls. The cooperative structure means those “customers” don’t merely buy electricity — instead, they are member-owners with an ownership stake in Vineyard Power and a say over its strategic direction. That’s a distinctly different approach from the investor-owned utilities in town.

Leveraging its community-owned cooperative structure, Vineyard Power set out specifically to promote generation from renewable resources on the island. Historically, Martha’s Vineyard has imported virtually all of its energy through undersea cables or by boat — an expensive and unreliable process.

Vineyard Power joins some other enterprising electric co-ops that have emerged as frontrunners in serving member-owners hungry for renewables — in some cases to match their values and in others to drive down costs. Farmers Electric Cooperative, which serves a handful of rural farming communities in rural Iowa, for example, is considered a national leader in solar power.

Vineyard Power’s business deviates a bit from traditional electric cooperatives. It generates revenue in part through membership fees, but mostly through direct retail energy sales to its member-owners in a competitive retail market. As a nonprofit, it redistributes any net gains into energy savings programs or new generation projects designed to increase cost savings for member-owners.

Unlike other utilities, it doesn’t enjoy the government’s guarantee of a monopoly service territory.  That distinction means Vineyard Power’s success hinges much more directly on its ability to match community needs and values — something cooperatives, rooted in democratic control, supports.

The model separates Vineyard Power from investor-owned utilities that often shortchange their customers by leaning on an outdated profit model: selling more power and building fossil fuel-burning plants, despite technology that makes in-demand renewables a more viable choice than ever.

Tapping the Sun and Wind, and Smart Use

The price of installing solar panels, for example, plunged in recent years to historic lows. Lower costs have helped Vineyard Power and its member owners install solar arrays on parking lots and capped landfills — about 300 kilowatts of generation capacity to date.

Vineyard Power has planned to integrate offshore wind power into its portfolio. Aligning with a new requirement for Massachusetts’ investor-owned utilities to buy up to 1,600 MW of offshore wind power over the next decade, the cooperative solidified its partnership with a Danish group that holds the lease to windy areas in the Atlantic near the island.

In addition, Vineyard Power is exploring smart grid technology, which better links energy users to energy sources, to boost energy efficiency. Through a pilot project, more than three dozen member-owners received access to a web portal that allows them to more closely monitor energy use. At the same time, some replaced appliances with smart, energy-efficient models, allowing the cooperative to experiment with demand response strategies by adjusting when those appliances run to avoid periods of peak energy use.

Guiding Vineyard Power is the idea that communities thrive when they chart their own futures — “Our Island, Our Energy” is emblazoned on its original logo. It offers residents an alternative to

investor-owned utilities, which have a wider-reaching service areas and can still cash in even when customers get a raw deal.

The cooperative’s success hinges instead on its ability to match member-owners’ needs and expectations, and for now, that means finding news ways to save energy and promote the growth of local renewable energy. 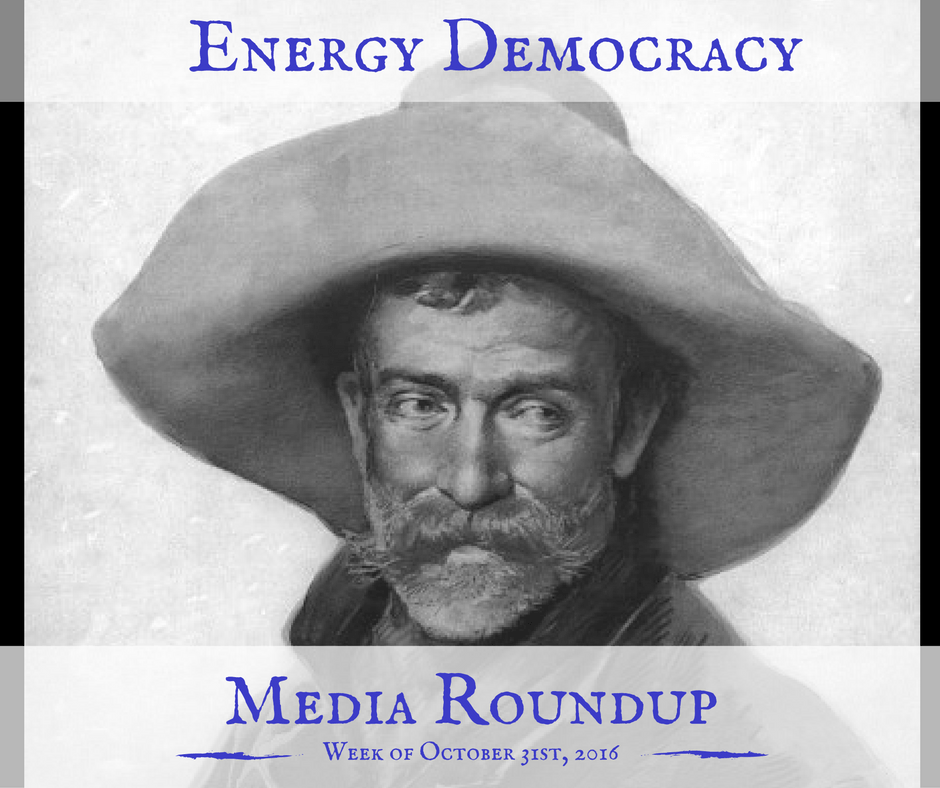 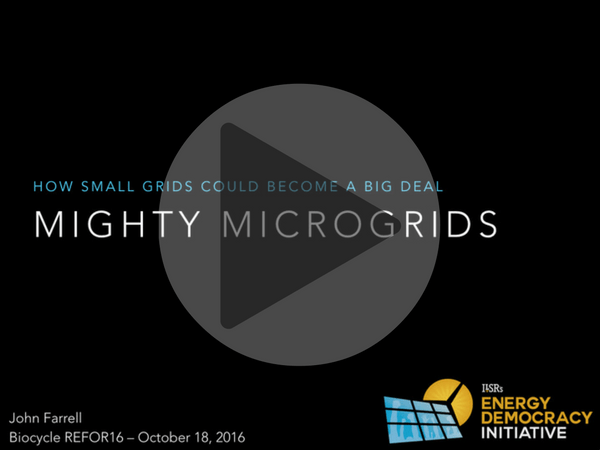