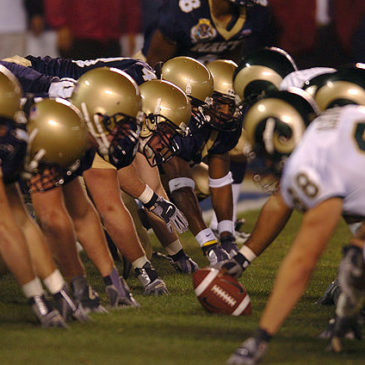 Community ownership of professional sports teams is an idea with decades of successful experience. The Green Bay Packers have been operating as a nonprofit corporation since 1923, during which time they have won three world championships and three Super Bowls, and have recently financed two stadium upgrades from retained earnings. Their ownership structure has generated unprecedented fan support while maintaining the fiscal discipline exhibited by corporations.  This report by David Morris and Daniel Kraker takes a closer look at the issues surrounding community owned sports. … Read More

Community Ownership Only Play Left in Playbook by David Morris November 4, 1997 – published in St. Paul Pioneer Press So, here we are sports fans. Fourteen months after Governor Carlson announced the formation of a powerful coalition to lobby for a publicly financed sports stadium for the Minnesota Twins, five months after the legislature resoundingly … Read More

Do Sports Owners Have No Shame? by David Morris June 3, 1997 – published in St. Paul Pioneer Press What is it with billionaire sports owners? Have they no shame? Two days after tens of thousands of Twins fans roared their heartfelt thanks to future Hall of Famer Kirby Puckett as the team retired his number, … Read More

Buy the Twins, Then Build a Stadium by David Morris December 31, 1996 The baseball debate in Minnesota has put the cart before the horse. Playing baseball outdoors is a grand idea. But fans are not being asked to finance a new stadium for the pleasure of watching ball played in its natural habitat but to … Read More