In most states with regulated, monopoly utilities, utilities are compensation based on two factors: energy sales and a return on capital spent, such as when they build a new power plant. Although energy efficiency standards have been layered on top of this model, the fundamental incentive for the utility remains “build things, get rewards for shareholders.”

In comments filed in late December, 2017, ILSR provides some context for basing utility compensation for its shareholders on actual performance, focusing on three areas: energy efficiency, renewable energy, and facilitating distributed renewable energy. The comments are below, in response to seven questions posed by the Commission.

As part of the broad mandate to regulate investor-owned utilities, the Commission should prioritize performance-based ratemaking in three specific areas: renewable energy, energy efficiency, and DER market facilitation. For the latter in particular, utilities should be encouraged to facilitate customer choices that provide system value and reflect the diversity of market options, including: self-generation, non-utility shared solar or wind power, utility sponsored green pricing, and 100% renewable energy tariffs, as well as market access for demand response and other ancillary services made available by distributed storage.

Any incentives adopted by the Commission should reward operational decisions by Xcel and other investor owned utilities that would not have been made but for the incentive. The process of setting goals, metrics, and reporting should be transparent and open to public input.

By its existence, Minnesota’s legislatively mandated energy efficiency resource standard illustrates the public interest in energy efficiency. Utility performance is already measured and could easily be used to set appropriate incentives for accelerated delivery of what is and has always been the least cost resource.

The state standard should serve as a baseline for utility performance. Where it exceeds requirements, the utility should see increased financial rewards. Several states offer potential models, including Illinois, Michigan, Utah, and Maryland. In Illinois, higher performance on energy efficiency results in basis point adders to its approved return on equity. In Michigan, utilities are allowed to keep up to 30 percent of net benefits of energy efficiency investments. In Maryland and Utah, energy efficiency operating expenses are treated as capital investments, amortized over five or ten years. ILSR doesn’t endorse a particular model, but suggests that there are sufficient existing models for the Commission to set incentives for exceeding the state standards.

If utilities may earn incentives, then utilities should also suffer penalties for falling short. This could include reductions to approved rates of return on equity investments to, as done in Vermont or other states, spinning off conservation programs and revenue into separate entities without the competing incentives.

The state’s goal of achieving 80% greenhouse gas emissions reductions by 2050 can serve as a baseline for evaluating Xcel’s performance in terms of expanding its renewables portfolio and cutting emissions from its operations. We recommend the Commission model a linear path from today’s greenhouse gas emissions to the state goal and weigh Xcel’s performance against it. If the utility is increasing its renewable and low-emission footprint faster than the state must in order to achieve its goal, the utility should be rewarded. If the utility is lagging behind, the Commission should impose penalties. In either case, Xcel should prove that any investments or contracts signed in service of this goal are the least-cost option, e.g. if retrofits to existing nuclear units are more costly than comparable renewable energy and storage resources, the latter should be preferred.

Given strong customer interest in distributed energy resources, as well as supportive market conditions and trends, the Commission should identify ways to incentivize utility efforts to integrate more of these resources on the grid.

In particular, the utility should receive incentives or penalties based on its interconnection times for behind-the-meter solar installations. Although Xcel’s Minnesota subsidiary isn’t measured in the latest edition, an EQ Research study shows that Xcel Colorado fails to meet state requirements for processing interconnection requests (both pre-approval and post-approval), with projects averaging an abysmal total wait of over 110 days. In comparison, United Power in Colorado averages 19 days. The Commission should set a benchmark for approval times in the 50th percentile of utilities nationally and ratchet it down an appropriate level each year. For beating these interconnection times, the utility should be eligible for incentives. For falling short, it should be penalized. These performance measures should also be applied to community solar projects, but with different, appropriate timelines.

Xcel should also receive incentives for beating a Commission-approved timeline to deploy a publicly-available hosting capacity study map that would enable developers to identify, at a minimum:

Identify and discuss the extent to which those areas are currently measured or evaluated either by the utility or an independent third party and whether the current measurements or evaluations are sufficient to adequately evaluate the utility’s performance in those areas.

Energy efficiency is well measured by both the utility and the Commission, and available data can and should be used to set performance metrics.

Xcel already tracks its carbon footprint, and all investor-owned utilities in Minnesota track their renewable energy portfolios for compliance with the state renewable portfolio standard. The data on renewable energy credits is sufficient to evaluate utility performance. ILSR believes that data on emission factors for non-renewable resources would be trivial for utilities to report, and adequate for use as a performance metric.

To ILSR’s knowledge, there is no database of utility interconnection times for behind-the-meter solar in Minnesota. The Commission should require Xcel to collect and report this information consistent with the EQ Research report shared previously.

There is no current metric for hosting capacity analysis, and ILSR suggests that a reasonable Commission-set deadline for a publicly-available hosting capacity map would be a useful performance metric.

Question 4: How to Measure

Interconnection times should be measured against a Commission-set expected standard, no less than the 30 business days allowed under Colorado law, and preferably significantly better than the national average (after all, we are above average in Minnesota).

The Commission should look to California for appropriate development times for a public hosting capacity map.

Question 5: How Could Studies Help?

Energy efficiency performance measures could be aided by a study of conservation potential. ILSR understands that such a study, state-funded, is in progress. Dilly dilly.

Renewable energy performance measures could be aided by a study of reliable, cost-effective replacement of Minnesota’s aging baseload power plant fleet with low- and no-carbon resources. ILSR recommends the Commission funds such a study.

Interconnection times don’t require a new study, but should be based on the data from EQ Research referenced previously.

Question 6: Where to Move First?

ILSR focused its comments on performance measures where there are existing, verifiable data sources and suggests that in all three categories–efficiency, greenhouse gas emissions, and interconnection–performance incentives could be implemented as soon as there is public review of proposed incentive triggers and amounts.

ILSR has heard that utilities may incentivize less than the full marginal cost of more efficient appliances or services in order that customers have “skin in the game” even when paying the full cost or more would result in savings relative to capital expenditures on new capacity. If correct, utilities should be allowed (and encouraged or even required) to use tools that maximize all cost-effective conservation measures and to fully subsidize the marginal cost of improvements that provide cost-effective systemwide benefits. This is particularly important in providing equitable access to conservation program savings for customers with limited financial means but also to ensure the provision of least cost supply.

Facilitated competition is a safeguard for ratepayers, but that doesn’t mean it is a detriment to utilities. California added a regulatory requirement that utilities, when considering updates to the distribution system, must define and publish what they need to complete improvements. Then, through a competitive auction, distributed energy resource providers can bid to satisfy those needs — and if such a bid proves to be the most cost-effective option, the utility is obligated to contract with that provider. In turn, utilities may fully recover the cost of those contracts plus an extra 4% to offset contract administration.

Click here to review other formally filed comments from ILSR

This page originally posted at ilsr.org. For timely updates, follow John Farrell on Twitter or get the Energy Democracy weekly update. 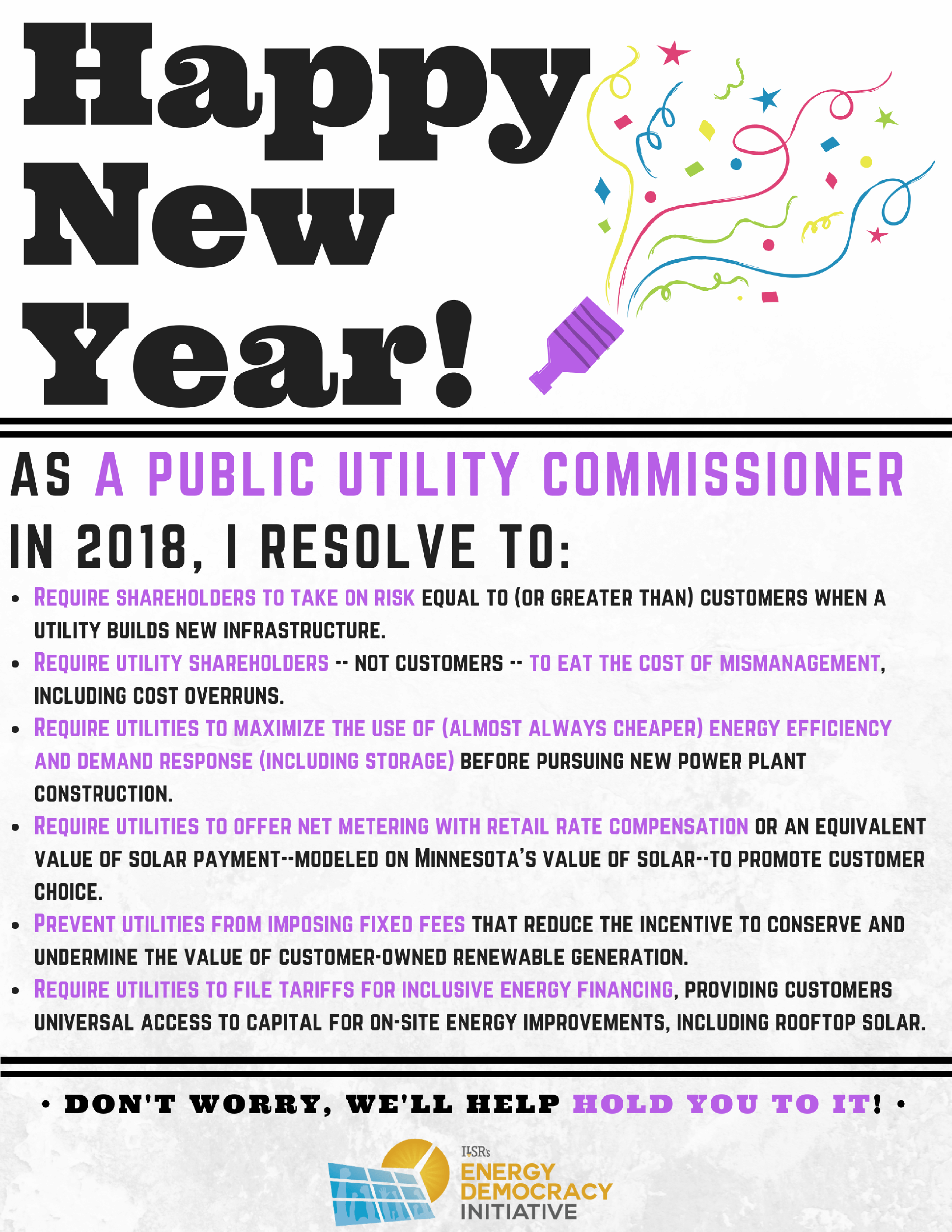 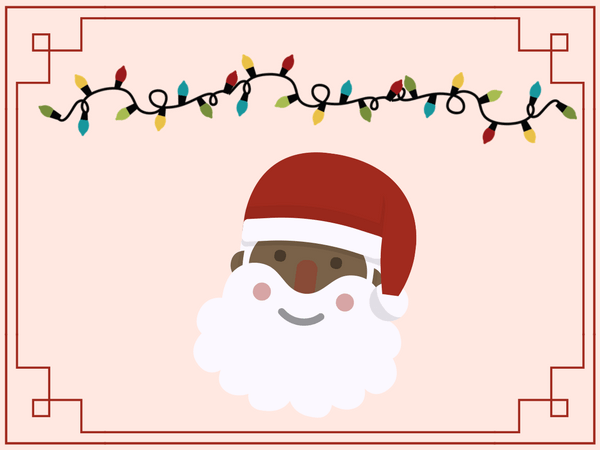