North Dakota’s independent pharmacists have again beaten back an effort by Walmart and other chain stores to operate pharmacies in the state — and it wasn’t even close.  About 60 percent of voters said “no” to a measure that would have repealed a 1963 law restricting ownership of pharmacies to pharmacists only, which effectively keeps out chain stores owned by large corporations.

The law is the only of its kind in the United States. Other states eliminated similar statutes through their legislatures or other avenues over the last half century, but about 10 European countries, including France and Germany, have similar laws. England and some northern European nations have pharmacy ownership laws closer to most U.S. states, though some cap the market share of any single company.

Measure 7 proponents tried to make the case that the state has higher-than-usual prescription costs and opening up the market to chain competitors would both lower prices and improve access. Opponents and a think tank that promotes local ownership of business countered with data of their own showing the state’s prices were actually better than those of neighbors and pharmacies are more available than the national average. 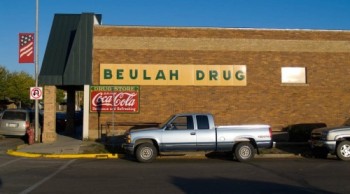