Where do local climate and clean energy goals lie in the priority list, when the COVID-19 induced economic crisis and the crisis of racial inequality are so pressing?

For this episode of our Voices of 100% series of the Local Energy Rules Podcast, host John Farrell speaks with Brandon Coan and Gretchen Milliken. Coan, who helped draft Louisville’s 100% renewable resolution, is a Metro Councilman for the region and Milliken is Director of Advanced Planning and Sustainability. The three met virtually in October to discuss Louisville’s plan for a 100% renewable energy future and how the city’s goal intersects with the fight for racial justice.

How do Cities Handle Multiple Crises?

As communities rise up for racial justice and as coronavirus infection rates peak yet again, cities have a lot on their plates. Louisville, Ky., has been specifically targeted by demands for justice after the police killed Breonna Taylor in March. How do city leaders implement clean energy plans to mitigate climate change when additional crises are so urgent?

Coan assures that all of the city’s planning, both in the resolution itself and the implementation plans, acknowledge and address the unequal impacts climate change has on marginalized communities. This includes the 2020 Greenhouse Gas Emissions Reduction Plan and the Prepare Louisville Climate Adaptation Plan (still in development). Both plans were released in April 2020.

We’re not, by any chance, putting it on the back burner. We’ve just been a little bit preoccupied with COVID and racial justice of late — and again, those are interwoven.

Louisville’s 100% renewable energy resolution passed last February. Coan, who drafted the resolution, acknowledges the work that Renewable Energy Alliance of Louisville put into the initiative. The following are the targets set by the resolution:

In summary, Coan hoped to “frontload the responsibility on the government,” since it is one of the biggest energy users and has the power to set an example.

We decided it was most important to look inward and start with ourselves, because also that’s what we can control the most.

Though the implementation plan is still a work in progress, Louisville is already working to hire an energy manager. Milliken hopes that the person filling this role will map out the city’s energy use and find areas to reduce it with greater efficiency. Converting to LED streetlights, suggests Coan, are one potential way to reduce city energy consumption.

Louisville plans to acquire renewable energy, but Milliken expects incumbent utility Louisville Gas & Electric (a subsidiary of a larger investor-owned energy corporation) to be a limiting factor. She is willing to purchase renewable energy credits or buy into a utility green tariff program, but ultimately hopes to stimulate local renewable energy development.

For Louisville, it’s really important with our air quality, with our heat island effect, with where we are as a city and as a state in our dependency on coal, we would really like to make the impact locally. It’s not just about the numbers and looking good on paper.

Before the 100% resolution, Louisville had implemented some progressive clean energy and efficiency programs. Milliken describes the city’s cool roof rebate program, which has 70% of its funding allotted to homes in high heat districts. There is also an active PACE financing program through Energize Kentucky.

I think the more projects and examples you have in the community, the more houses you see with solar panels on them, it starts the movement. It gets people aware, people start looking at it differently”

Find out more about PACE financing and the states that allow it in our Community Power Map.

The Lingering Legacy of Coal

Both Coan and Milliken describe Kentucky as “coal country” and the numbers support this characterization: 60 percent of Louisville’s electricity mix comes from coal. Another 37 percent comes from fossil gas, leaving only 3 percent of Louisville’s electricity to be sourced from renewable resources. Milliken says that the city’s renewable energy is almost entirely hydroelectric.

Because of coal’s traditional importance to the state’s economy and its current contribution to electricity power, Coan says that Louisville Gas & Electric is “not predisposed to work on renewables.” Still, Louisville often negotiates with the utility and the state public service commission and hopes to make progress with the utility.

We understand that it makes sense for a utility to have a monopoly control over the distribution of electricity, but that without democratizing the ability to generate energy, we’re not going to reach our goals.

The legacy of coal in Louisville makes for more work than many cities with 100% renewable goals, but leaders in Louisville seem determined to get it done — and even partner with other cities to achieve their goals as well.

It would be great if we had every sort of large city in Kentucky on board and making this pledge as well… it’s something we would welcome and we would very much want to work with other partners.

This is the 26th episode of our special  Voices of

series, and episode 117 of Local Energy Rules, an ILSR podcast with Energy Democracy Director John Farrell, which shares powerful stories of successful local renewable energy and exposes the policy and practical barriers to its expansion. 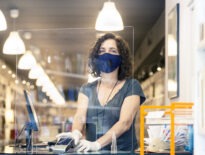 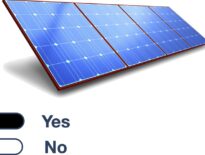