In The Atlantic, Stacy Mitchell writes about the recent hearing of the House’s antitrust subcommittee that featured testimony from the leaders of four big tech companies — Amazon, Google, Facebook, and Apple — and why Congress must reign in the monopoly power of these companies in order to restore balance to both our economy and our democracy.

Remarkably, Bezos had never before testified in front of Congress. As pointed questions came at him from both sides of the aisle, he hesitated and stammered through many of his answers, and said—implausibly—that he didn’t know or couldn’t recall the details behind several of Amazon’s strategic decisions and core functions. On occasions when he did venture more of a response, he made incriminating admissions about specific tactics his company uses to snuff out competitors.

This is the United States’ most serious investigation into monopoly power in decades, and it is an opportunity to prove that our democracy is capable of holding the über-powerful accountable. According to Stacy, the subcommittee is building the case that these tech giants are forming what is essentially a private government that controls our main channels of commerce and information.

That Amazon exploits its power in one part of its operations to further its interests in another was a theme the subcommittee returned to repeatedly. One example of this was the questioning by Democratic Representative Mary Gay Scanlon of Pennsylvania about Amazon’s logistics division. During a moment that will undoubtedly haunt the company’s lawyers, Bezos confessed that Amazon’s algorithms deliberately steer shoppers to sellers who use its shipping services.

Our government has failed to regulate monopoly power for so long that it’s difficult for many Americans to imagine what that would look like, Stacy writes.

Amazon is a gatekeeper. By some estimates, more than 60 percent of Americans start their search on that site when buying goods online. The retailers and the manufacturers who do not sell there are at a deep disadvantage—which gives Amazon enormous power to dictate terms. If my inbox is any indication, many people share my view that Amazon has too much power. And yet the only response most can envision is a campaign calling on people to cancel their Prime memberships.

The subcommittee is expected to release their findings in September. While Amazon’s investors don’t seem worried about immediate impacts, Stacy explains that it is possible Congress could take serious action:

…Congress could compel Amazon to spin off its core parts, making each of its major divisions—its online marketplace, retail division, cloud services, and logistics operation—a stand-alone company. Doing so wouldn’t eliminate what people like about Amazon. But it would prevent Amazon from leveraging the interplay between its parts to sidestep competition, exploit smaller companies, and expand its dominance into adjacent markets.

In The Atlantic: Amazon Is a Private Government. Congress Needs to Step Up. 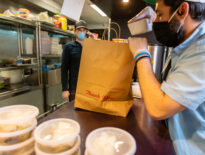 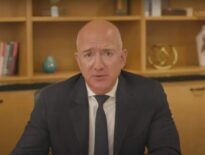 Retail In ProMarket: Big Tech is Officially Too Big to Ma…
Sign Up for the Hometown Advantage Newsletter