The Institute for Local Self-Reliance issued the following statement on the conviction of Derek Chauvin.

“After former Minneapolis police officer Derek Chauvin was found guilty on three counts in the murder of George Floyd this week, Minnesota Attorney General Keith Ellison summed up the way many of us felt about the trial’s resolution:

“I would not call today’s verdict ‘justice’. . .because justice implies true restoration,” Ellison said. “But it is accountability, which is the first step towards justice.”

“In this case, the courts and legal system got it right. The court met a minimum standard of accountability in a case that featured irrefutable video evidence. But against the backdrop of systemic racism that permeates our law enforcement and criminal justice systems, this one case could ultimately mean very little if we fail to address the underlying inequities it helped to expose. The stakes are clear — over the course of the trial alone, police in America killed several people, more than half of them Black or Latino, including Daunte Wright, Adam Toledo, and Ma’Khia Bryant.

“ILSR will honor the legacy of George Floyd and all other victims of police violence by continuing to call out structural racism in all of our respective fields and insisting on policies that ensure everyone’s right to life and liberty.  All of us here at ILSR hope that George Floyd’s family can find some measure of peace in the verdict and that we can all begin to heal as we get to work on the societal changes necessary to root out racism and ensure that Black lives matter.” 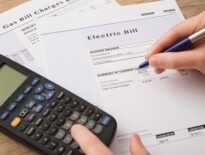 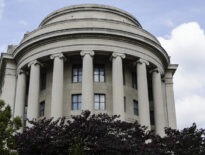