“For too long, customers have been forced to pay for anti-climate interests on their utility bills, often without them even knowing it,” said Nathan Phelps, regulatory director at Vote Solar. “Utilities have taken advantage of this oversight by making customers fund organizations and interests that actively work against the transition to a clean and equitable energy system. This letter demonstrates widespread frustration with this inappropriate and unjust system, which FERC must take meaningful action to rectify.”

The petition, filed in March by the Center for Biological Diversity, also asks the Federal Energy Regulatory Commission to push the utility companies it oversees to make their group spending more transparent.

Every year, utilities charge their customers tens of millions of dollars that are used to fund special interests and trade associations engaged in political activities, including those that stifle the urgently needed clean energy transition.

Given the Biden Administration’s recently announced national target of cutting greenhouse gas pollution from 2005 levels in half by 2030, environmental groups are pushing for increased utility accountability and for FERC to increase transparency in how utilities are using ratepayer money.

The petition would amend FERC’s Uniform System of Accounts to help prevent utility companies from charging their customers to finance trade association groups that engage in political activities. Many of these trade groups, such as the Edison Electric Institute and American Gas Association, work against the public interest by actively thwarting the clean and just energy transition and perpetuating fossil fuel use during a climate emergency.

“Most people are forced to purchase energy from monopoly utilities. Under the current system, ratepayers are funding industry lobbying groups even if they vehemently disagree with the goals of those groups,” said John Farrell, co-director of the Institute for Local Self-Reliance. “That’s not how democracy is supposed to work. FERC needs to step up to help ensure contributions to trade groups come from shareholders, not customers.”

Major electric utilities like Southern Company, Duke Energy, and the Tennessee Valley Authority use ratepayer money to pay dues to groups like the Edison Electric Institute, which have used these funds to teach utility executives how to fight clean energy policies.

Vote Solar is a national non-profit organization that advocates for a 100% clean energy future that is just, equitable, and resilient. Since 2002, Vote Solar has been working to lower solar costs and expand solar access by advocating for state policies and programs needed to repower our electric grid with clean energy. Vote Solar works to remove regulatory barriers and implement key policies needed to bring solar to scale. Vote Solar is a registered 501(c)3. VoteSolar.org 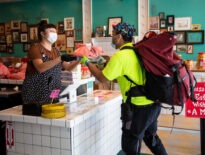 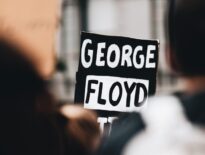