Wondering what a city wired with its own democratically controlled fiber internet network looks like? Look no further than the town of Sandy, 30 miles outside of Portland, where subscribers get gigabit speed connections from the city for $60 per month:

There are several takeaways here:

1. Comcast and CenturyLink don’t care about Sandy, because Sandy is a town of only 10,000 people. Neither telecom giant fought against SandyNet by running attack ads or filing lawsuits the way Comcast did in Chattanooga, Tenessee, which is more than 10 times as large. But they probably will pull that shit in Seattle.

2. Sandy went into debt and funded their network with bonds. The latest study of municipal broadband in Seattle, which came out in June, laid out how Seattle can do the same thing. The city council could take out $463 million in GO (general obligation) bonds and build the network (construction costs are what’s most expensive), then offer a $75-per-month subscription model. Subscriber fees would pay down the debt. Simple.

3. Bonds are how Seattle created Seattle City Light, one of the most well-regarded public utilities in the nation. According to “Power for the People: A History of Seattle City Light,” around the turn of the century, the city’s power was supplied by a “revolving cast of small private utilities remembered mostly for frequent mergers with rivals and mediocre service at high cost.” After a privately owned water company fucked up the response to Seattle’s Great Fire of 1889, “voters quickly approved a municipal water system, and within a decade had laid the groundwork for an electric utility. City Light quickly began a campaign of dam construction that for most of the twentieth century provided Seattle with the cheapest electricity of any major city in the country.” How did they finance the building of the Cedar River dam? With $590,000 in bonds. “This really is like the power grid was in the early 1900s,” says Joe Knapp, SandyNet’s general manager.

4. Many more residents are signing up for SandyNet than officials anticipated. “I have confidence,” says Knapp, “that the take rate [the rate at which potential customers are signing up] that we’re seeing is exceeding what we actually modeled for. So we’re pretty comfortable that this is going to be financially viable project and we’ll be able to cover those debt servicing costs over the course of 20 years.” Sandy projected that it would need 35 percent of the town to sign up. Already, however, 60 percent of the local market are active customers or on the waiting list.

5. Seattle officials made false claims to justify their decision not to pursue municipal broadband. The study commissioned by the city noted that for a network to break even in Seattle, it would need to achieve a take rate—again, the portion of new subscribers out of the total identified pool of possible subscribers—of 43 percent of single-family homeowners. “Even the most successful municipal broadband utilities don’t have that take rate,” claimed the city’s top technology official, Michael Mattmiller (an argument repeated on the city website). Sandy, Oregon—where 60 percent of the town is signed up—shows that’s simply not true.

Chattanooga shows it’s not true, too. Chattanooga’s current take rate is 45.9 percent, according to figures provided to me by the city’s utility. But the study commissioned by Mattmiller said Chattanooga’s network has a take rate of only 33 percent of potential subscribers. Asked about the discrepancy, the consultants at CTC Engineering who carried out the Seattle study said they used the most recent publicly available figures, which dated to 2014. If they’d asked the utility for the latest numbers, their study—the seventh study the City of Seattle has commissioned on broadband in a decade—would have said something markedly different. And the Murray administration would have been deprived of a key talking point against municipal broadband.

After Chattanoogas Electric Power Board utility launched their gigabit fiber six years ago, and subscribership took off.

(Department of Information Technology spokesperson Megan Coppersmith said they’d correct the claim on their website. If a municipal network in Seattle didn’t reach the 43 percent take rate by the third year, she said, citing an appendix in the CTC study, “we would still put the city’s general fund at significant risk.”)

The mayor and his underlings need to stop holding the city back. “I don’t see naked ambition from anyone in Seattle,” says Christopher Mitchell, a municipal broadband expert whose organization produced the video about Sandy. “But often in larger cities I get the idea that both elected officials and senior staff think more about their professional future than that of the city.”

Here’s What High-Speed Municipal Broadband Looks Like in a Town 200 Miles Away. Let’s Do This, Seattle. 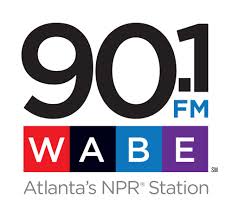