Electricity customers are lining up to generate their own clean, affordable solar energy, but to get it to them, solar developers must navigate the impediments of a congested and outdated electricity grid.

Electric distribution grids were built as top-down avenues for delivering electricity from large, centralized power plants. Now, as distributed generation and energy storage become more popular, utilities are having to accommodate the two-way flow of electricity. To do so, the utility often needs to upgrade the distribution system. This is especially true in areas where there is a lot of distributed energy development.

The grid was built for this one way flow of electricity. But as more customers decide to install generation in their homes, the way that the distribution grid operates is also going to change.

Solar developers looking to connect their new generation source to the grid may trigger the need for a system upgrade. In most cases, whoever triggers a grid upgrade must pay the upgrade costs — which can be severe. Larger solar gardens are more likely to trigger upgrades. If a developer is surprised by these costs, and building their solar garden is no longer feasible, they may be forced to drop their plans entirely. Hosting capacity analysis can provide key grid information proactively for individuals hoping to plug in.

In a hosting capacity analysis, utilities compile information about the electric grid and publish it online for the use of developers and other stakeholders. The resulting map has pop-ups with data on various localized grid conditions: how much generating capacity that section of the grid can still handle, the voltage of the line, and the existing generation on that part of the grid.

The studies produce a wealth of information that developers can use to cite and design the systems so they don’t trigger upgrades. And in some cases they can even make the grid more reliable.

Utilities in seven states are required to publish hosting capacity maps. Some utilities even publish this information voluntarily. Zakai says that generally, hosting capacity analysis is most common in states with robust distributed energy development, including Hawaii, Massachusetts, and New York.

Some Truth to California Exceptionalism

California’s hosting capacity analysis process, called integration capacity analysis, provides more useful information than the hosting capacity maps published in other states. This is thanks, in part, to a petition from Zakai and the Interstate Renewable Energy Council (IREC). IREC asked the state of California to consider all kinds of interconnecting loads, including electric vehicle chargers, electric heat, and solar generating power, when implementing its integration capacity analysis. In January 2021, the California commission filed its petition to make changes to the analysis and its resulting map.

In California, grid users also uniquely share the cost of grid upgrades, rather than the typical ‘cost-causer pays’ model used in other states.

Automating and Simplifying the Interconnection Process

Thanks to new rules adopted by the California Public Utilities Commission, solar developers can use the public hosting capacity maps to design and site projects with more certainty. As developers make more informed proposals, utilities will not waste resources reviewing projects that will never get built.

This is episode 135 of Local Energy Rules, an ILSR podcast with Energy Democracy Director John Farrell, which shares powerful stories of successful local renewable energy and exposes the policy and practical barriers to its expansion. 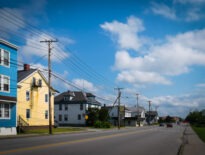 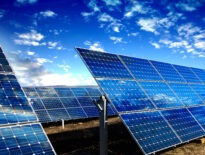