Credit card processing is not only highly concentrated – MasterCard, Visa, and American Express control 93 percent of the market – but competition among the card processors tends to raise, not lower, the fees they charge merchants, according to a new report from the U.S. General Accounting Office (GAO).

The report examines interchange fees – the transaction fees that retailers and other businesses pay each time a customer uses a credit card. These fees are set by Visa and MasterCard, but the money is paid to the bank that issued the card. Therein lies the problem: to grow their market share, Visa and MasterCard “compete for financial institutions to issue their cards” and higher fees “are an incentive to choose to issue one network’s card over another.”

Interchange fees skyrocketed from $20 billion in 2002 to $45 billion in 2007. “For large credit card banks,” notes the GAO, “credit card earnings have been consistently higher than returns for all other commercial bank activities.” The top four card issuers – Citigroup, Bank of America, JP Morgan Chase, and Capital One – account for more than 70% of all cards in circulation.

Retailers have almost no ability to counter these fees. Not accepting credit cards is hardly a viable option. Nor can they negotiate effectively with Visa and MasterCard, which dictate rates and terms.

One approach, taken by a bill currently in Congress, would allow retailers to collectively negotiate with card processors. “Such negotiations could harm small merchants and small issuers, which do not have as much leverage as larger participants and, in some cases, lack the resources to participate in bargaining sessions,” the GAO warns.

Another approach, taken by Australia and the European Union, is to set a regulatory cap on interchange fees. Australia set its rate a 0.5%, less than one-quarter of what US merchants pay on average, and recently renewed the policy after a detailed review of its effects.

Retail Independent Retailers Would Like to Source More Go… 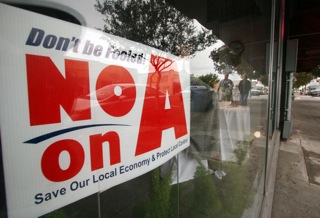