As Congress and the Obama administration consider legislation to rein in abusive practices by credit card issuers, the focus so far has been on the interest and other fees that consumers pay directly. Little attention has been given to the $48 billion in fees that credit card companies extracted from merchants last year.  Largely invisible to the public, these fees, which amount to $427 per household, are ultimately passed on as higher prices to all consumers, whether they use plastic or not.

Most people are unaware that every time they use a credit card, the business making the sale is charged a transaction fee.  These fees, known as interchange, are set by the credit card processors: Visa, MasterCard, and American Express, which together control 93% of all card transactions in the United States.

Businesses that want to accept credit cards have no other choice but to pay these fees.  Unlike many other countries, the U.S. does not regulate interchange fees and federal law prevents retailers from banding together and bargaining collectively.  Only Wal-Mart has had enough market clout to negotiate with MasterCard and Visa, and then only with the aid of a lawsuit.  Independent businesses are largely at the card companies’ mercy.

Not surprisingly, interchange fees have soared.  Although the exact rate charged on any given transaction varies widely depending on many factors, including the size of the business and the type of card, the average interchange fee in the U.S. is now about 2% of the value of the sale — two to six times the regulated rates imposed on Visa and MasterCard in Australia and much of Europe.

Although Visa and MasterCard set the rates, it is their member banks — the issuers of the credit cards — that actually receive the interchange fees.  (MasterCard and Visa, along with the retailer’s bank, levy their own processing fees on top of the interchange fee, making the total cost of a $100 sale about $2.50 to $3.00.)

Issuing credit cards has become a highly concentrated industry.  The top four card issuers —  Citigroup, Bank of America, JP Morgan Chase, and Capital One — account for more than 70% of all cards in circulation.

Interchange fees now comprise a substantial share of the income these companies make on credit cards.  In 2004, card issuers took in $28 billion in interchange.  By 2008, that figure had shot up to $48 billion.  That’s more than one-quarter of all credit card revenue and more than the total collected by banks in credit card late fees, over-the-limit fees, and ATM fees combined.

To induce people to use credit cards for more transactions, banks have created numerous rewards programs that give cardholders frequent flyer miles or other benefits every time they use their card.  Rewards cards carry much higher fees than other cards, because the freebies are financed largely through the interchange paid by merchants.

Retailers have almost no ability to counter these fees.  Not accepting credit cards is hardly a viable option.  Nor can they refuse only high-cost rewards cards: in order to accept any Visa- or MasterCard-branded card, they must agree to accept them all.  Rules also prevent merchants from adding a surcharge to credit card transactions or requiring a minimum purchase to use plastic.  They are even barred from revealing to customers the size of these fees.

For independent businesses, credit card fees can rival or even exceed their profits. Kathy Miller, fifth-generation owner of a general store in Elmore, Vermont, testified before the Senate Judiciary Committee that, on a $10 gasoline sale, she makes 49 cents in profit and pays 47 cents in credit card fees.

Interchange fees not only enhance the profits of large banks at the expense of retailers, but ultimately these fees are paid by consumers in the form of higher prices.  Those higher prices are passed on to everyone, with the perverse result that a low-income shopper paying with cash ends up subsidizing the free airline miles given to a high-income shopper using an American Express Delta Skymiles card.

In April, the European Union reached a settlement with MasterCard in a case alleging that its cross-border interchange fees were anticompetitive.  That settlement brought the weighted average for credit card interchange fees down to 0.3%. (Earlier action against Visa similarly lowered its rates.)

In Australia, the country’s central Reserve Bank has used its regulatory authority to push interchange fees down to 0.5% and is moving to lower them further to 0.3%.  As interchange revenue has fallen, more credit cards, especially rewards cards, now carry annual fees in Australia.  But a major upside for credit card users is that interest rates have fallen, because banks are now using lower interest rates, rather than rewards, to compete for customers and drive transaction volume.

So far, there has been little movement in the U.S. to regulate interchange fees.  Former Federal Reserve Chairman Alan Greenspan has said that the fees are outside the Fed’s authority.  The Department of Justice and the Federal Trade Commission, meanwhile, have given no indication that they plan to act.

In Congress, one proposal, the Credit Card Fair Fee Act, would allow merchants to collectively negotiate with Visa and MasterCard.  Should the parties not reach an agreement, a panel of three administrate law judges would set fees and terms for three-year periods. The bill is opposed by many banks and supported by the Merchants Payments Coalition, a large group of retail and restaurant trade associations.

Limiting interchange fees would not only protect small businesses.  It would create a more efficient and competitive credit card market for consumers and eliminate a powerful incentive for banks to issue credit cards indiscriminately and to ignore delinquencies, according to Adam Levitin, who teaches bankruptcy and commercial law at Georgetown University and co-writes the Credit Slips blog.

“Because interchange is based on transaction volume, it creates an incentive for banks to issue as many cards as possible, regardless of the creditworthiness of the borrower. By creating a huge revenue stream unrelated to credit risk, interchange encourages card issuers to engage in reckless lending,” he notes.

This problem is further compounded by securitization, in which banks package and sell credit card debt to investors (just as they’ve done with mortgages).  The banks continue to make money on interchange fees, while the investors assume all the risk of cardholders defaulting. 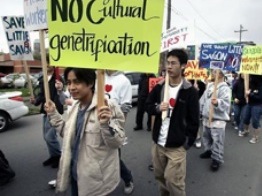