Washington, D.C. (June 16, 2021) — A new fact sheet from the Institute for Local Self-Reliance explains how Amazon is crushing independent businesses, detailing eight specific ways that Amazon abuses its market dominance to hurt smaller competitors. It also notes that the vast majority of Americans — nearly 80 percent of voters, in one recent poll — do not approve of Amazon’s predatory behavior, and names specific policy actions Congress can take to rein in Amazon’s dominance.

The fact sheet, called “How Amazon Crushes Independent Businesses, and Why Breaking It Up Would Revive American Entrepreneurship,” is being released as lawmakers at the federal and state levels have grown increasingly serious about addressing Amazon’s harmful activity. Members of the House Judiciary Committee are expected to vote soon on a package of bills released last week that would curb the abusive tactics of Amazon and other Big Tech companies.

“Congress shouldn’t let Amazon dictate whether and how small businesses can compete online,” said  Stacy Mitchell, Co-Director of the Institute for Local Self-Reliance. “If policymakers do not act to check Amazon’s outsized power, they’re effectively allowing Amazon to be a private regulator of the online market, deciding which businesses may reach customers and the price they must pay to do so.”

The fact sheet concludes with a series of policy recommendations lawmakers can pursue to restore an open and competitive online market, including breaking up Amazon, making existing antitrust laws stronger and easier to enforce, and requiring dominant digital platforms to treat all sellers on its platforms fairly and on equal terms.

A PDF of the fact sheet can be found here. 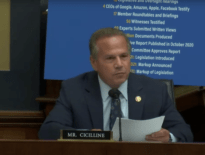 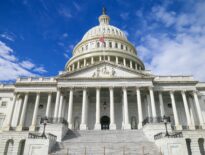