In the 2020 election, several communities had clean energy on the ballot as well as candidates for President, Congress, and state and local races. Here’s a brief overview several ballot measures illustrating how cities are moving at a rapid pace, creating new funding to support local clean energy, and how clean energy has a much broader appeal than either political party.

Albany, Calif – Measure DD ?
A 2.5 percentage point increase in the utility users tax, as well as tax on water service, will generate $675,000 per year for a range of services including reducing greenhouse gas emissions. It passed with 59 percent supporting.

Berkeley – Measure HH ?
The measure would have raised the electricity tax from 7.5 to 10 percent and the gas users tax by 2.5 percentage points, to provide $2.4 million per year for reducing greenhouse gas emissions. The measure failed with just under 48 percent support.

Boulder – Measure 2C ❓
Voters in Boulder opted to pause the decade-long battle with Xcel Energy over control of the electricity grid. The measure, passed with 53 percent support, creates a new franchise agreement with the monopoly utility in exchange for promises to provide cleaner electricity. ILSR has long covered this debate, with a favorable view toward Boulder’s aim for local ownership and leverage it has provided in pushing the utility toward cleaner energy in Colorado.

Columbus, Ohio – Issue 1 ?
The referendum to form a community choice agency passed with 76 percent support, taking control of electricity purchases from the incumbent utility with an aim of 100% renewable electricity by 2023.

Here’s hoping we see more clean energy on the local ballot in the coming years!

The Other 2020 Elections: Communities Put Clean Energy/Climate on the Ballot 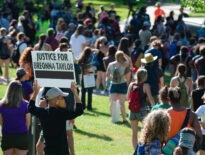 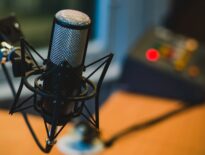