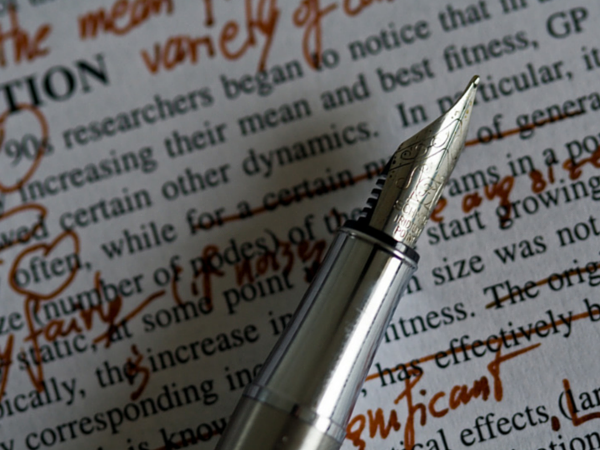 Instead, investor-owned utilities (through the Edison Electric Institute trade organization) poured money into communications consultants, and the result of this “Lexicon Project” says volumes about their plans for the changing electric system. Particularly prominent is an effort to re-cast entrepreneurial customers (wanting to cut their energy bills by installing solar) as doing so only for private benefit (despite evidence to the contrary). On the flip side, the utilities want language to elevate their control over grid investments in renewable energy (and their traditional 10% return on equity).

The language maneuver comes at a time when distributed generation is under fire in 38 of 50 states in the first quarter of 2016 alone, with no signs of slowing down. Many of these fights are led by the utilities interested in preserving market share, and wanting energy policy to reinforce that effort.

What’s in a Word?

The utilities propose a lot of language changes, many of which actually improve clarity and understanding of various industry terms. Talking about “variable” instead of “intermittent” power sources, for example, better illustrates the nature of wind or solar, and is a language change that renewable energy advocates would agree to. Switching from “ratepayer” to “customer” better reflects how customers see themselves, and can help change the discussion from electric rates to electric bills, since most customers only care about how much they pay per month, not per kilowatt-hour.

On the other hand, a number of word changes will be used to obscure or obfuscate.

Using “clean energy” instead of “low-carbon energy” might seem harmless, but when it refers to nuclear or natural gas power, the term-change intentionally hides the environmental costs of nuclear waste or extraction and leakage of gas. Calling an “advanced meter” a “smart meter” may be an exaggeration if the only “smart” part of it is that it can be read remotely. Smart meters ought to be those giving customers access to their own usage data and empowering time-of-use pricing of electricity, not just automated meters that allow utilities to reduce employment of meter readers.

The biggest language changes get to the heart of the utilities’ efforts to quash competition, however.

For example, the proponents of the Lexicon Project hope that “utility-scale solar” versus “rooftop solar” becomes “universal solar” versus “private solar.” The language change is intended to align readers with the utility view that utility-owned or utility-funded solar arrays are better than ones customers build themselves. Similarly, “net metering” (an accurate description of the policy allowing customers to reduce their energy bills with on-site generation) would become “private solar credits.” This is particularly nonsensical, since net metering applies to any kind of renewable energy generation, not just solar. These term changes obfuscate the reality of renewable energy’s benefits for energy customers.

Rather than dive more into the particulars of the Lexicon Project, here’s an illustration of how the conversations around renewable energy would change if the utilities are successful, using this story from January on KNPR, about Nevada’s slashing of net metering reimbursement for rooftop solar:

Nevada’s Public Utilities Commission is being criticized for a decision that  private solar companies say will kill that industry in the state.

They also say the PUC was largely influenced by the long relationship between Nevada and NV Energy, the state’s regulated energy monopoly.

Nevada energy regulators are meeting this week to decide whether to hold off on new rates for solar  energy customers.

The Public Utilities Commission scheduled a hearing Thursday for the rates, which took effect Jan. 1.

Under the new bill structure, current and future private solar customers will get less credit from NV Energy for excess energy produced by their solar panels, which is known as private solar credits.

They will also pay more per month in fees. The changes would raise the base service charge for southern Nevada solar customers from $12.75 to $17.90 per month, and from $15.25 to $21.09 for northern Nevada customers.

The service charge will rise and the reimbursement will drop every year until 2020.

We’ve heard a lot about the decision from officials, such as Governor Brian Sandoval. Sandoval even did something unheard of: he issued a statement before the PUC ruling, saying the decision could be challenged.

Ok, but what does this mean for those who have invested thousands in private solar, or who lease panels from one of the state’s rooftop companies?

Support comes from Las Vegas attorney Phil Aurbach has spent $36,000 to install solar in his home because he also had to install a patio to put the solar panels on.

He said the change will cut seriously into his budget. Before he invested in solar, he said, he paid about $60 a month for energy on his 1,900-square-foot home. After, it fell to $3 a month.

Now, he will be paying more as the fees go up.

“It’s going to be more and ratcheting up more and more, which is kind of ridiculous from my perspective to spend all that money and then have Nevada Power say ‘hey install solar, hey we’ll give you credits, we’ll help you out’ and then turn around and screw you when they realize it may cut into their profits,” Aurbach said.

Charlie Catania also invested in solar energy . He leased a system, which means a private solar energy company installed the system and he pays them for the equipment.

He is now frustrated and not sure what he is going to do about escalating costs.

“You have to understand that I did my due diligence, after the statute was passed and felt that who would renege on something like this?” he said, “This came from the state and Nevada Power. And so I entered into a contractual agreement and low and behold it didn’t stand up. I don’t know what I’m going to do quiet frankly.”

Catania said he feels abandoned by the Legislature and violated by the PUC.

State Sen. Patricia Farley, Republican, called in to talk about the issue. Farley was part of the effort to figure out private solar credits in last year’s legislative session.

At issue was the cap on private solar credits, which was 3 three percent, but supporters of solar energy  wanted moved to 10 percent. After several months of back and forth, the Legislature decided to put the question of private solar into the hands of the PUC.

According to Farley, all parties involved agreed the PUC should make the decision. However, she does want to talk to the commission about the controversial decision.

“I have made phone calls into Commissioner [David] Nobel to make sure the legislative intent was followed through,” she said, “I was the one that added the amendment to make sure the grand fathering, that PUC had the ability to look current folks that were on the private solar credits programs and make sure we were regulating their rates correctly.”

Attorney Tim Hay is a former Nevada Consumer Advocate. He helped write the 1997 law that put  private solar credits into place in Nevada.

He said the decision by the PUC raises a number of legal questions and there could be some effective challenges against it.

One of the biggest problems he has with the decision is the retroactive nature of it.

“The retroactive aspect of this decision is particularly pernicious because it in effect has devalued the investment customers had made from the very beginning in solar,” Hay said.

He also disputes NV Energy’s reasoning that non-solar customers are subsidizing solar users. He said it is essentially a wash, especially in Southern Nevada, where peak energy capacity hits at the same time there is peak demand.

For Bryan Miller with the private solar company Sunrun, the problem is jobs. Miller said the commissioners legacy would be the loss of thousands of jobs.

“The most important thing about this story is that there are real jobs here that have been lost already, thousands of jobs,” Miller said.

Miller pointed to the decisions by SolarCity to cease operations and Vivint Solar stopping its efforts to set up shop as examples.

Hay agrees that the decision will cost jobs in the state. He believes the PUC did not take economics into consideration and he believes lawmakers would have wanted the commission to include it.

“I believe part of the issue is that we had a number of freshman legislators in both chambers who were not familiar with the state’s history,” Hay said.

State Sen. Farley took issue with that characterization and said many veteran lawmakers were involved in the process. She also stood by the decision to put private solar credits  in to the hands of the PUC.

“Every year the Sunrun and the solar folks were coming back to the Legislature asking for increasing in private solar credits  and it is a very complicated situation and our job as legislators is protect every customer not just the SolarCity,” Farley said, “A lot of states have found that the  private solar credits program is a subsidy and that on average the customers are paying for people to have solar on their rooftops and the cost of solar has come down but not significantly.”

“Anyone listening today, you just heard the problem,” he said, “Anyone listening if you want to do something about this incredibly anti-business climate that Nevada has created the first thing you can do is vote against politicians like Senator Farley. You just heard her completely parrot NV Energy’s talking points and we’re going to make sure everyone of her constituents hears interviews like this and understands she’s the problem.”

Of course, renewable energy advocates could learn to play the word game, too. Here’s a few ideas, without the high cost of a consultant.

Some of these terms may seem ridiculous, but no more so that “private solar.”

Keep your eyes open and mind ready. The Lexicon Project may play games with words, but the utilities are deadly serious. The simple fact of the matter is that customer-owned energy is competitive, and monopolies ought not to be allowed to quash it by language or by practice. 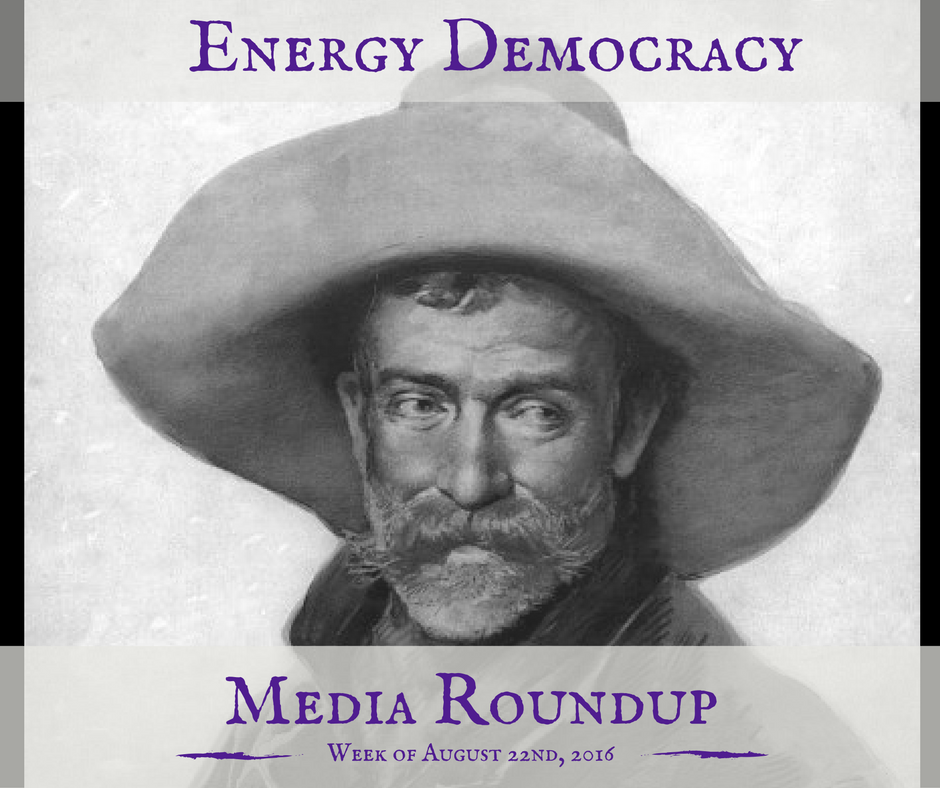 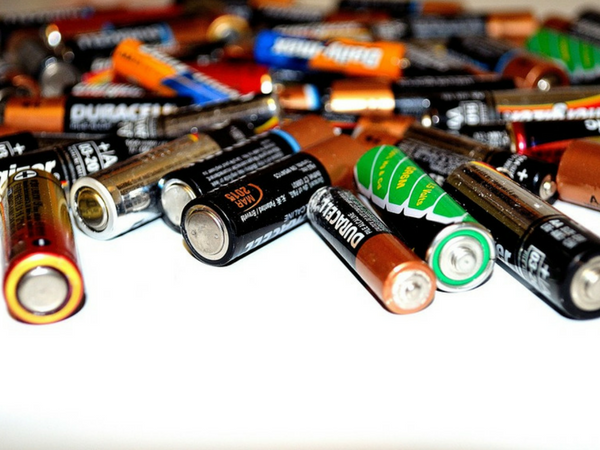