In the News: Stacy Mitchll

In the story from Vice titled, “The Big Bank You’re Using Is Probably Ripping You Off,” reporter Allie Conti dives deep into the myriad ways that the biggest banks in our economy harm their members and the wider economy as a whole. For her coverage, Conti also wanted to include the alternative structures, including public banking.

For this section she reached out to ILSR co-director and Community-Scaled Economy initiative director Stacy Mitchell, we’ve included her contributions in this article.

I always quietly suspected credit unions were the same thing as lending circles, but that is not the case. In reality, they’re like the co-ops of money, as Stacy Mitchell, the co-director of the Institute for Local Self-Reliance, a think tank focused on community-based economics, explained to me.

Because they don’t make a profit, credit unions can offer better interest rates for deposits and lower interest rates on loans on average, and can also pay out any surplus to members as a dividend. Mitchell noted she occasionally sees a little bit extra deposited in her savings account, and that she gets to vote on any decision her credit union makes because membership gives her the status of part-owner.

Dividends sounded great, but one thing I finally just got into—three years after first writing about it for this column—is credit-card reward points. I’d be a bit reluctant to give them up entirely after doing all that work to raise my credit score, but Mitchell described how to straddle the line between taking advantage of the big banks while supporting the smaller ones. For instance, she uses an American Airlines or American Express rewards card while shopping at Whole Foods or other big chains, and then her community-bank credit card when making purchases at her local bookstore or neighborhood coffee shop.

This matters because big banks set the swipe fees, and use the money they collect from them to offset the costs of paying out rewards points and airline miles, Mitchell explained. A local credit union or community bank typically offers a basic card without those extra rewards, and therefore charges merchants lower fees to swipe their cards. “I’m not letting Visa get rich at the expense of my local bookstore,” she told me.

I was pretty much sold at this point, and headed to an online search tool that helps people find credit unions in their community. The list I got back was disappointing: Everything in my area was named something like Epiphany FCU, or else was clearly meant for the Polish population of the neighborhood to the north of mine. I had to ask Mitchell: Would any of these places even take me as a member?

Basically, she explained, credit unions began as a way for underserved populations to get financial services they might otherwise be denied by big banks. The first ones served German urbanites in the mid 1800s before spreading all over Europe, where they caught on among rural populations who lived far from traditional financial institutions. They spread to America in wake of the Depression, and became popular among immigrants who might typically be denied personal loans out of a combination of racism and poverty. Today, credit unions have a defined membership based on a common association—like a shared religion, ethnic background, school, or profession.

“A big bank is gonna look at you on paper and see if your financial metrics qualify you for a loan,” Mitchell said. “In the case of a credit union among co-workers, they know you, and you have some accountability to them because of your personal relationship. They can take into account that you make good on your promise and show up to work, for instance, on top of just your credit score.”
That all sounded nice, but what did it mean for me, someone whose employer has no credit union and doesn’t readily identify with a religious or ethnic group in my area?

Palmer and Mitchell had helped convince me it was possible—and worthwhile—to ditch my bank, but I was still skeptical there was a nearby brick-and-mortar place that would work for me. So like any other millennial hungry for new ways to solve age-old problems, I decided to do a little research into whether I could get all the moral (and personal) benefits of a credit union or community bank online.

With a quick Google search, I quickly stumbled upon Alliant Credit Union, which seemed too good to be true. The place offered 0.65 percent annual interest for its checking accounts, along with a whopping 1.5 percent on savings accounts. (Another, similar option with its own perks is called Connexus, and Nerdwallet put out a nice list of other options here.) When it comes to savings, I’ve been using an app called Digit for years, which doesn’t offer interest because it’s not technically a bank, but does pay back 1 percent annual bonuses every three months. I kind of want to keep that, because while I’m not getting as much money as I could be, I like the fact that Digit uses an algorithm to save automatically for me based on my spending habits. That feature still seems worth more than the few bucks they charge me every month, along with whatever I’m forgoing in regular interest.

But when it came to my checking account, I was now certain, there was absolutely no reason I should still be using Wells Fargo. There are a handful of online credit unions that will let you join for a charitable donation, and Alliant is one of them. So I made a one-time $10 donation to a charity for foster kids, signed up for the account, then switched over my direct deposit from work. That ten bucks would easily be made up for by the fact that I’ll be paying fewer ATM fees, I suspected. Like I said, there are no Wells Fargos anywhere near where I live, but Alliant has a pretty robust network of random street ATMs where they don’t charge fees and also will reimburse up to $20 in fees from non-network ATMs per month.

This was starting to have had the makings of a very solid deal. Still, it was only natural to wonder what I might be missing out on before I put pen to paper, or whatever we’re calling the online equivalent of that now. Mitchell, the brick-and-mortar credit union evangelist, told me that one benefit of using her preferred mode of banking was that if she had a question, she could dial a local number and have a person down the street pick up the phone. That sounded really nice— even quaint—but the truth is that I don’t think I’ve ever had a question about my bank account besides what they’re doing to make my money into more money. Alliant seemed pretty harsh with their policy on overdraft fees, but having literally zero dollars is, fortunately, not a problem for me at this juncture of my life.

Public Banking in the Spotlight in this Vice Feature, ILSR Banking Expert Quoted 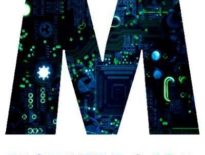 Media Coverage Next City Covers the Movement Toward Public Bankin…