In 1985, Auburn Electric became one of the first communities in the midwest to deploy fiber. At the time, the purpose was to improve electric and voice systems substation communications within the municipal utility. That investment laid the foundation for a municipal network that now encourages economic development and saves public dollars while enhancing services.

Auburn expanded its fiber network beyond electric systems in 1998. The utility began using the network to serve city and county government operations. It is not well known, but Auburn offered gigabit service to its public sector customers way back in 1998.

The benefits from the deployment prompted community leaders to develop an Information Technology Master Plan in 1998 that would answer the question of what other ways the fiber could serve the community? As part of the Master Plan, Auburn leaders collected information from other communities that were capitalizing on their own local fiber. While Auburn made no immediate plans, they kept an open mind, waiting until the time was right.

In 2004, Cooper Tire and Rubber (now Cooper Standard) was about to be sold from its parent company. The $1.6 billion auto component manufacturer needed a data center but bandwidth was insufficient and inconsistent in Auburn. Cooper considered leaving because the incumbents, Mediacom and AT&T, could not or would not provide the broadband capacity the company needed. If Cooper left town, an estimated $7 million in wages and benefits from 75 high-paying tech jobs would also leave. At the time, Auburn was home to 12,500 people. According to Schweitzer, the City tried to persuade the telephone company to find a solution with Cooper but the two could not reach an agreement. Rather than lose Cooper, the City of Auburn stepped in to fill the connectivity gap in 2005.

In a 2007 interview with Public Power magazine, Schweitzer noted advantages in Auburn that facilitated the project:

“We also had a major tier-one Internet provider with a point of presence in Auburn, so we had some primary pieces in place to affordably and quickly extend business-class Internet service to this customer. We were preparing for this growth, but the trigger was this company that was going to leave unless we could serve them,” Schweitzer said.

Shortly after connecting Cooper Standard, Auburn began serving several other businesses. The success of the venture lead to a feasibility study which included a market survey. The results showed residential and commercial interest in a municipal network, encouraging Auburn Electric to ask the community for guidance on how to proceed. From the 2007 interview:

“Our town hall meetings were very open,” said Schweitzer. “This broadband effort is about our community, and our community has told us we need to pursue this important project. We have tried to do a thorough job of communicating with customers to determine their needs as we moved forward.”

In pursuing the high-speed broadband project, the city follows the same philosophy it has used for other city infrastructure projects, Schweitzer said.

“We have good communication with the community, as this is a grass roots effort, rather than a top-down approach,” Schweitzer said. “We are also doing due diligence in all new areas we encounter. We aren’t making any assumptions on this project. The only thing we would like to do differently is to move more quickly on the project, but we know our steady approach will serve us well.” The electric utility created AES as a sub-department to operate the electronics that provide telecommunications services. In order to purchase the electronics to light up the network, AES borrowed $2.5 million from Auburn Electric via an interdepartmental loan in 2005. Within seven months, AES was cash flow positive.

By 2007, AES was also serving small business and residential Internet and phone needs. In 2012, the utility started offering television service. The network has passed approximately 6,500 properties after eight years of incremental expansion.

In a recent interview on the Broadband Bits podcast, Schweitzer told Chris Mitchell the network has helped keep local prices in check. Residential Internet prices vary from $22.95 (1.5 Mbps/512 Kbps) to $169.95 (55 Mbps/10 Mbps) per month. AES does not use pricing gimmicks, reinforcing the philosophy that every customer matters. From the podcast interview:

AES kept the public informed of how the build was proceeding with interactive maps, available here. This kind of transparency is well in keeping with the traditional of community ownership of infrastructure. 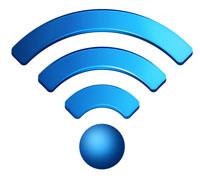