The Gigabit Libraries Network (GLN) has orchestrated a pilot project to optimize white space technology for connectivity in and near community libraries and schools. We discussed this approach on our most recent podcast with Don Means, coordinator of the project.

White spaces wireless, sometimes referred to as "Super Wi-Fi" or "TVWS," can provide limited access in rural areas with limited funds and limited connectivity options. The technology is still in the development stage but creative people working in community libraries are finding new ways to use it.

GLN's goal is to bring next generation connectivity to all 16,000 libraries in the U.S. The organization grew out the 2007 "Fiber to the Library" Campaign from the Community TeleStructure Initiative. The initiative is a collaboration of institutions of higher education, corporations serving the higher education technology market, and related entities. GLN advances the idea that anchor networks, like those at the library, are cost effective ways to serve populations and to create middle mile access.

"White spaces" are the unlicensed low-frequency spectrum that was reserved for television signals prior to digitization of television. (If you are REALLY old, like me, you remember the "UHF" and "VHF" dials on the ol' black-and-white.) As we transitioned to digital TV, the spectrum was abandoned. White spaces differ from traditional point-to-point wireless spectrum because they do not require a line of sight. Buildings, trees, or other obstacles do not stop the signals. Thurman, New York, and New Hanover County in North Carolina use white space technology for limited Internet access in their areas.

White space technology is not a replacement for next generation high-speed networks but can operate as a complement to an existing connection, expanding the reach of a library's free Wi-Fi. The network is not mobile but can be used for a nomadic fixed wireless remote as on a bookmobile. Early testing of pilot networks indicates the signal provides an average of 5 Mbps from the anchor station throughout the hotspot, depending on the conditions. The technology provides a basic level of service for email and web surfing. Users cannot stream video or use bandwidth hungry applications but when a user has no other access, "The value of the first Mbps is worth more than the next ninety-nine," says Don Means, GLN Coordinator.

GLN published an open call in July 2013 to libraries seeking proposals for innovative uses for white space technology. Sixty communities submitted proposals, surprising them by the volume and creativity of proposals. GLN considered a variety of factors, including innovative ideas that would benefit the community, the presence of access to backhaul to support the Wi-Fi, and accessibility of Internet access.

Ultimately, they chose six respondents to participate, including the Humbolt County Library in California; the Skokie Public Library in Illinois; Pascagoula, Mississippi; Delta County Libraries in Colorado; the University of New Hampshire WhiteSpace Consortium; and several libraries in the Kansas City, Kansas Public Library System. When the pilot is complete the libraries will have the option to purchase the equipment or to return it to the vendor. Prices vary from $5,000 - $8,000 for a base station and one to three remote location equipment packages. The Paonia, Colorado, library has created a kickstarted campaign to raise the funds for purchasing the equipment.

White space is not yet available for commercial use, making it ideal for a pilot project. Unlike traditional Wi-Fi, white space technology requires cognitive radios to function. There are three FCC Certified TVWS Databases: iconnectiv, SpectrumBridge, and Google. When a device is activated, it connects with one of those databases to find available channels. Each device must be certified with one of those databases to access a chanel. At this point, there are no vendors that have certification for the equipment they provide. Once the vendors receive certification from the FCC, commercial use will follow.

According to GLN, the distance between many U.S. library branches is consistent with the reach of white space technology, approximately five miles. If plans to connect them all include schools as base stations or remotes, much of the United States could have access to free, basic Wi-Fi Internet access.

The idea of reserving some of this spectrum for public use has been debated. The idea of an extensive free "network of networks"  sounds radical at first blush. Here is Harold Feld and his Tales of the Sausage Factory blog:

Hmmm . . . . a best effort “network of networks” voluntarily exchanging traffic through the use of common protocols . . . that sounds vaguely familiar.  Why yes, that’s the Internet! The “network of networks” that runs on best efforts. And some of us are old enough to remember when the idea of millions of independent networks voluntarily agreeing to exchange best efforts traffic would become a meaningful global medium of communications was laughed at, sneered and scorned by the carrier world and the Collective Wisdom generally. “Who on Earth would manage such a system? How could you get connections? Why would people possibly put meaningful traffic on a best efforts and therefore inherently unreliable network? Don’t sell the bike shop Orville, that’s just crazy talk!”

The idea of self organizing networks, where each individual network contributes some resource because it derives benefit of some sort from the contribution, happens around every day. If you are reading this blog post, then you are participating in and using precisely the same kind of network that would emerge from making enough high-quality spectrum available for bigger, better WiFi.

Means describes libraries as "natural community laboratories for innovation." As gathering places in the community that are funded with local dollars, libraries are the ideal place for white space experimentation on a local level. We'll follow this story with another post next week looking at some of the pilot projects. 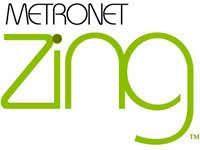 MuniNetworks “It Opens Up Our World,” Dark Fiber Co…
Sign Up For Community Broadband News