The Save the Albatross Coalition and allied grass roots organizations urged leading beverage companies to commit to redesign their single use bottles in order to preserve the iconic Laysan Albatross sea bird and other sea life. These companies’ bottle caps comprise a massive component of debris found during beach clean ups throughout the world.

“The containers can and should be redesigned by tethering bottle caps to bottles that prevents these caps from floating in the ocean where they are consumed as food,” stated Laura Anthony, Program Coordinator for the Coalition. The Coalition is a project of the Zero Waste International Alliance.[1]

Numerous international and national agencies have confirmed that millions of bottle caps wash up and are counted during clean ups at beaches worldwide. “If they don’t wash up on shore they are in the bellies of wildlife, including Albatross chicks that are dying of starvation with a stomach full of plastic bottle caps. Containers are a design flaw that contributes to the death of over 200,000 Laysan Albatross chicks each year.”

The Coalition insists that company sponsorship and grants for clean-up events are not enough. It is “a last resort not a solution” according to Captain Charles Moore of Algalita Education and Research, and co-chair of the Coalition. Moore was the discoverer of “great garbage patches” in each of the earth’s oceans. [2]

Ironically, at this time the beverage industry giants, Coke, Pepsi and Nestlé are pushing for control of recycling through their Extended Producer Responsibility (EPR) campaign, in which the companies would take control over recycling away from local government. Save the Albatross Coalition’s request is a first step to show that these Fortune 500 companies confirm they are truly interested in being responsible and committed to solution. The Coalition letter is attached.

The letter states that producers need to take responsibility for the end use of their products. Coca-Cola, Pepsi Co, and Nestlé your name is written all over it! Now is the time for, them to step up and initiate a simple product design to prevent its bottle caps from ever reaching our environment.

The letter requests voluntary compliance with the redesign of the container.  Alternatively, it announces, along with the Coalition’s grass roots partners, the Coalition intends to fight to pass state legislation like California AB 2779 that mandates that all bottle producers Connect the Cap. This legislation in California will help prevent single-use bottle cap toxic leakage that is a blight and often lethal to wildlife, while helping to boost single-use bottle cap recycling.

The Coalition, thus challenges the industry, which reaps the vast benefits from consumers, but does not account for the massive worldwide harm its products cause, to now act responsibly to contain the ocean plastic pollution problem it has in large part created and continues to grow exponentially.

The Coalition has offered to work with the industry “to be the champions of the cause and be the first to implement the simple redesign to connect each of the plastic bottle caps to the bottle!”

‘Connect the Cap’  Mandated for Europe

Connect the Cap is one of design requirements (together with 30% minimum recycled content by 2030) mandated for PET bottles by the Single Use Plastics (SUP) Directive, Article 6 of the European Union. Directive 2019/904 was adopted June 2019, to be enforced in all Member States by June 2021.

For further information about the Save the Albatross Coalition visit: www.albatrosscoalition.org

For more information about the Connect the Cap Campaign contact: Laura Anthony at lanthony@albatrosscoalition.org

[2] See, Plastic Ocean: How a Sea Captain’s Chance Discovery Launched a Determined Quest to Save the Oceans, Avery, New York, 2011. 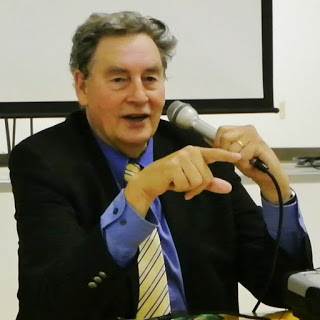 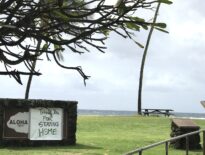