The City and County of Honolulu wants grassroots stakeholders to guide planning for Hawaii’s economic recovery from the Coronavirus pandemic. Resolution 20-100, which passed unanimously on April 29 as an estimated $80 million in federal recovery funds are headed to the state, specifically calls for the task force created by Hawaii’s Governor Ige to include regenerative farmers, indigenous groups, zero-waste experts and Green New Deal activists.

The impetus for the resolution, which was submitted by Honolulu City Council Member Tommy Waters, came from a letter published by the state’s most influential media outlet, The Civil Beat. The letter, which was written by Koohan Paik, program developer for the Hawaii Alliance for Progressive Action, was entitled, “To Rebuild the Economy, Focus On A Hawaii-Grown Infrastructure.” Openly addressed to the governor, lieutenant governor, federal delegation, mayors and councils, the letter attracted scores of Hawaii’s leading environmental and social justice activists as signatories. The goal of the letter was to address the make-up of the Governor’s new task force on economic recovery. There was concern that the appointees to this important group would be, “A bunch of corporate representatives, and we weren’t having it,” said one environmental activist. Obviously, so did Honolulu City and County Council Member Tommy Waters.

Waters introduced Resolution 19-242 in 2019, which urged the Administration to focus on sustainability within Oʻahu’s food system, poverty-related affordability, food deserts, and increasing access to locally-produced foods. He also supported Bill 40, which would phase out certain single-use plastic goods over the next few years and ensure that we are one step closer to getting plastic out of O’ahu’s waste stream. The Covid-19 pandemic made it clear to Waters, “That in order to successfully address the issues of food security, perspectives of indigenous peoples, and global climate change, it is critical that input from farmers, Native Hawaiians, and zero-waste experts to have a substantive role in that discussion. Simply put, these are voices that need to be heard now for the future of our island.”

Activists behind the initiative are working to get similar resolutions passed by county councils on the other Hawaiian Islands.

Kristine Kubat, director of Recycle Hawaii, anticipates that implementation of the resolution could lead to much needed infrastructure investments. “We know what we need to transform Hawaii to a Zero Waste economy and society.” (That is, 90% diversion from landfill and no incineration.) “These funds could be used to start up backyard and community composting facilities, to transform our transfer stations into climate education hubs where we can add value to materials that are recovered through processing and not squandered in a landfill or incinerator, to enhance drop-off and curb collection techniques, to create industrial parks where new products from discarded items can be made, and to establish mini processing centers where clean source materials are prepared for overseas markets.”

The first signature on the open letter was Kawika Pergram, executive director of The Hawaiian Youth Climate Action Coalition, whose 14- through 22-year-old members advocate for better policies and programs via communications, logistics, organized protests and demonstrations. Dyson Chee, Advocacy Director of the Coalition, welcomes the Resolution. “We need new ideas at the table. We can’t just have business and politics as usual. We have to strive to rebuild a better post pandemic Hawaii.”

Attention to waste management is all the more important for Hawaii’s future as the pandemic exposes structural weaknesses related to a heavy reliance on imported food, a lack of organic-rich soil and the need to protect that precious soil from micro plastic contamination.

Background on the Governor’s Proclamation 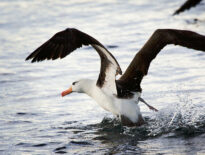