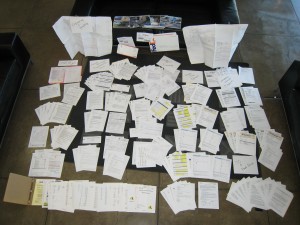 Update 12/21/12: Corrected chart.  Overhead and Sales Tax had been switched in the German data column.

I often get flak when I publish research on the cost trajectory for solar (e.g. my Rooftop Revolution report estimates 100 million Americans reaching grid parity by 2021).  About half think I’m too conservative, and half think I’m too overconfident that solar will continue to drop in price by 7% per year indefinitely.

But I’m not alone in perceiving an enormous cost reduction opportunity for solar in the United States.  An article in Forbes last week suggested that we can “Cut The Price Of Solar In Half By Cutting Red Tape“.  It provides a chart (reproduced below) like one I published in March, that shows how a similarly sized residential solar array in Germany costs 60% less than one built in the U.S. 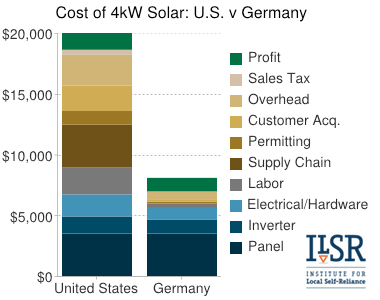 This anecdote from a colleague illustrates the ridiculous disparity in red tape between the two nations (and consequently, the enormous opportunity):

There’s an article in the most recent issue of PHOTON describing a German family that got a 4.6 kW PV array installed and interconnected to their roof 8 days after calling a solar installer for the first time. The homeowner had a proposal from the installer within 8 hours. The installer called the utility the morning of the installation to request an interconnect that afternoon. The installer called at 10am, the utility came and installed 2 new meters and approved the interconnect at 2:37pm– the same day. The online registration of the PV system with Federal Grid agency and approval of the feed-in tariff took 5 minutes.

I’m sure that not every project gets completed that fast in Germany, but an interconnection and permitting process that takes less than a day?! 10 times that…would still be just incredible.

As I’ve mentioned before, the difference is mostly in “soft costs,” not hardware, and these cost barriers are solved by policy, not technological, innovation.  For example, soft costs include an enormous paperwork burden for U.S. solar installers, pictured at the top (photo taken from the Forbes post on cutting costs), and already there are policy ideas that significantly reduce these costs.

When you add potential hardware innovations (e.g. like this) to the soft cost reduction opportunity, the cost of solar is likely to keep falling rapidly in the United States. 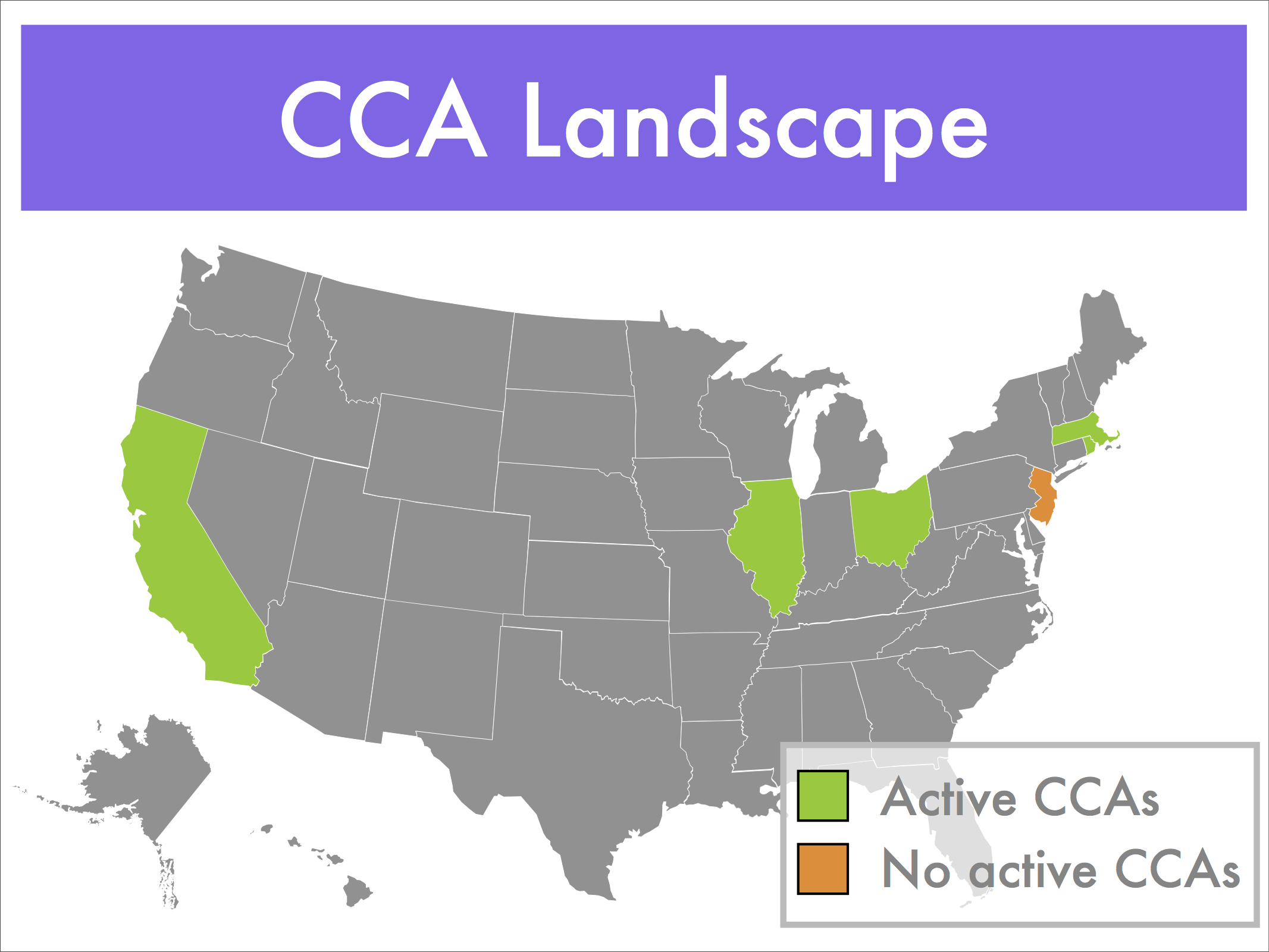 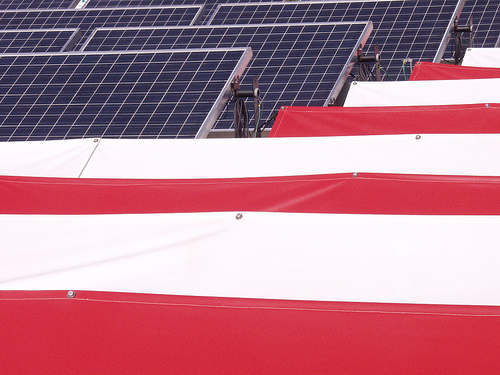