The UC2B Network and its partner, iTV-3, will soon bring gigabit capabilities to more people in the Champaign-Urbana community in Illinois. According to the UC2B press release [PDF], iTV-3 will expand existing fiber to areas of the community to serve residents and businesses. iTV-3 will take subscriptions for commercial and residential access online at www.theperfectupgrade.com.

In a statement from the FCC, Chairman Tom Wheeler commented:

"Congratulations to Urbana-Champaign Big Broadband (UC2B) and iTV-3 on making gigabit services over fiber available throughout the community. This public-private partnership provides a valuable model for communities and companies throughout the country and a demonstration of the creativity that is stimulated when localities are free to work with the private sector to improve broadband offerings.”

UC2B and the University of Illinois at Urbana-Champaign received American Recovery and Reinvestment Act (ARRA) funds to deploy an urban FTTH network in Illinois. The not-for-profit corporation offered economical Internet service to residential subscribers in economically disadvantaged areas, some as low as $19.99 per month. The network also connected a number of community anchor institutions including schools, hospitals, and municipal facilities throughout the Urbana-Champaign metropolitan area.

According to a fact sheet on the project [PDF], the company is a subsidiary of a family-owned business that started in Springfield, Illinois. iTV-3 has been an ISP since the mid 1990s but also owns and operates over 775 Family Video stores in 19 states and Canada. UC2B chose iTV-3 because the company operates in a manner consistent with the Community Broadband Principles, core values guiding UC2B since inception. iTV-3 will also contribute to UC2B's Community Benefit Fund, established to improve digital literacy and digital inclusion.

iTV-3 has offered services in other Illinois communities since 2009. According to the iTV-3 press release [PDF], the ISP will be bringing services into neighborhoods of 150 - 350 homes once 50% of homes sign-up. iTV-3 will begin by offering Internet and voice and plans to add video in the future.

Service rates will be:

For more on the UC2B project, listen to Chris' interview with Brandon Bowersox-Johnson from the network's policy committee and Carol Ammons of the U-C Independent Media Center. He spoke to them in episode 42 of the Community Broadband Bits podcast. 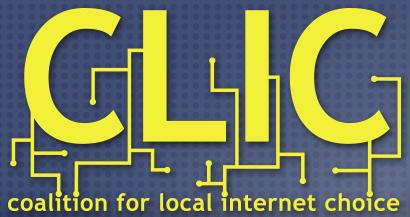