In the grim present, however, Amazon workers were suddenly visible in a way they had never been before. Warehouse employees raised urgent questions about how safe they were from the coronavirus. Wildcat strikes were staged at several warehouses. While the number of workers involved was small, it was still the largest labor revolt in Amazon’s history.

As much as anyone, she gets the credit for that.

Stacy also discusses her work with the Athena Coalition, recent coordinated actions by Amazon employees, and the increasing pressure to regulate Amazon:

In the short term, Ms. Mitchell has tried to encourage Athena to focus more on pressuring public officials and not only on demanding that Amazon take actions like reinstating fired workers or shutting down warehouses.

“If you do nothing but make demands, it reinforces the existing power structure. Who put the corporations in charge? It’s our country,” she said, adding, “If we don’t regulate Amazon, we are effectively allowing it to regulate us.”

Finally, Stacy notes the potential for real change in our current moment:

During the last big crisis, the 2008 crash, it seemed for a time that a better, more equitable world might result. Reforms were made and laws were changed — but few of those responsible were punished. While the world recovered it did not necessarily improve.

The same could happen with the coronavirus pandemic. But Ms. Mitchell is eternally optimistic.

Stacy Mitchell is Profiled in the New York Times 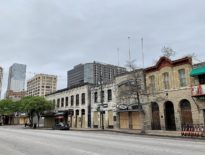 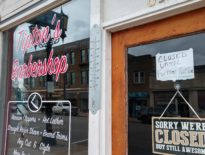 agriculture ILSR & Allies Urge Congress to Act on Small B…