Editor’s note: ILSR has submitted a comment letter to the FTC on this merger. So did 1,869 other people and organizations — an unusually high number. See their comments here.  This article was originally published in The Washington Monthly.

A few weeks ago, the Federal Trade Commission gave Staples the green light to buy one of the two wholesalers that sell to independent office supply dealers. The decision, passed by a party-line 3-2 vote, hardly made a blip in the news cycle. But it sheds enormous insight into the origins of the big-get-bigger U.S. economy.

Small and independent businesses have been disappearing in this country for long enough that their decline has come to seem inevitable. And indeed, it often is treated that way in media stories and policy debates. Many economists assure us that small businesses are simply not as efficient as big ones, and point to their demise as evidence that this collective belief is correct. But like so many of the stories we’re told about the economy, this one doesn’t hold up under exposure to reality. There’s something else driving the eradication of independent businesses: The government is systematically structuring markets so that that even the most competitive ones face almost impossibly long odds.

The office supply industry is a perfect case study. Despite the pervasiveness of Staples and Amazon, independent dealers account for about 20 to 25 percent of the market, according to the National Office Products Alliance. There are hundreds scattered across the country. There’s probably one in your area, though you wouldn’t necessarily know it, because these dealers generally do not have storefronts. Most office supplies are purchased not by individuals, but by companies, government agencies, school districts, and the like. To serve these customers, independent dealers rely on sales representatives, warehouses, and delivery trucks.

These businesses are significant to local economies. Many employ a few dozen or a few hundred people. “I have drivers who’ve worked for me for 30-plus years,” said Kim Leazer, who owns Forms & Supply, Inc. in Charlotte, N.C.

They’re also highly competitive. Most have offered next-day delivery for 30 years or more, and many have had e-commerce since before Amazon existed. They routinely win contracts from school districts and mid-sized companies, evidence of their ability to beat larger rivals on price. According to one study, had a California school district purchased supplies from Amazon Business—Amazon’s business- and government-facing platform—rather than its local independent office dealer, the district would have paid about 10 percent more. And the independents offer a high level of service and customization. “My driver will put the paper by the copy machine even if it’s on the third-floor,” Leazer added.

In short, there’s nothing inherent in their size that keeps these independent businesses from competing against the giants on quality and cost. Which brings us back to the Staples merger.

There are only two office-supply wholesalers in the U.S.: Essendant and S.P. Richards. For independent office supply dealers, those two firms are their only tethers to the supply chain. Now the FTC has let Staples (and its parent company, the private equity firm Sycamore Partners) buy Essendant, taking control of one of those lifelines….

… Keep reading the piece at The Washington Monthly. 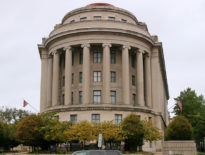 Retail ILSR Submits Comments to the FTC on Staples / Esse… 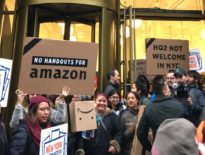 Retail After Pressure from Officials and Community, Amazo…
Sign Up for the Hometown Advantage Newsletter