What does it take to build a community solar project (with battery storage) in a small town in northern Minnesota when the monopoly wholesale energy company tells your small city-owned utility to “lawyer up”?

Bill Schnell is the lead volunteer with the Itasca Clean Energy Team, a small group of active citizens in Grand Rapids, Minnesota, working to secure a community solar project for the town. He spoke with John Farrell, ILSR’s director of energy democracy, in January 2019, about building community support for the project and overcoming the objections of Minnesota Power, the electricity supplier to the small town’s city-owned utility.

Like most communities that have pursued community solar, there are several common interests. Bill and other Grand Rapids residents want locally produced renewable energy and reduced fossil fuel reliance. They’re attracted by the opportunity for anyone, with or without a sunny rooftop, to lock in energy prices for decades. They also like the program structure that allows customers to go solar with a minimal upfront investment and to drop out easily, and that spares participants from having to negotiate with a contractor themselves.

Who is Leading the Community Solar Effort?

Bill is a volunteer with the Itasca Clean Energy Team, a relatively small group with seven active members that have been working on community solar for years. Bill is retired after years of working for the state’s Department of Natural Resources. Several of his collaborators have a similar background, but there’s also a retired nurse and a few former teachers, all motivated to make climate action local.

Bill and the Clean Energy Team anticipate several benefits for participants in the program. The most obvious is the potential to save money on energy bills by locking in a fixed price for decades, but Bill was most animated in talking about several other opportunities. The solar project will also incorporate a pollinator garden, and involve a partnership with schools and community colleges for educational opportunities. Bill also highlighted how having a solar and storage project in Grand Rapids is a branding opportunity, to show that the community is embracing the energy supply of the future.

One of the biggest benefits is the project’s incorporation of battery storage, unlike most community solar projects built thus far in Minnesota or elsewhere. Prior to its inclusion in the project design, there were a lot of “chicken and egg” issues, such as trying to size the solar array and guessing how many potential subscribers they could line up. With storage, the project makes financial sense for the utility, regardless. When power is abundant on the wholesale market, its price is as low as 4¢ per kilowatt-hour, compared to $19 per kilowatt-hour when energy demand is highest on a hot August afternoon. The battery not only allows the utility to reduce its peak energy needs but also reduce ongoing “demand charges” that are based on the utility’s highest use within a month (based on a single 15-minute interval).

With battery storage to boost the project’s economics, it also helps with community buy-in, notes Bill:

“There are folks who are never going to get on board. The naysayers can really undercut a project. But now that we have this information that even if you don’t subscribe the utility is going to save money, it takes the wind out of their sails.”

Like 2,000 other communities across the country, Grand Rapids owns its own electric company. Bill said that the local point of contact was helpful in getting the project concept moving because he and his fellow advocates were able to build relationships with the utility commissioners.

“If we were dealing with a corporate office somewhere far away, it would have been much more difficult,” said Bill.

Unfortunately, the project’s progress has been held up by a corporate office about 90 minutes away, in Duluth, Minn. Minnesota Power, the wholesale power supplier for Grand Rapids and a utility several times larger, has put the squeeze on the small town’s project. The Grand Rapids utility has an “all requirements” contract with Minnesota Power for its electricity. While the local utility is allowed to self-supply up to 10% of its needs, Minnesota Power has taken issue with the plans to use a third party to develop the project (and capture the federal tax credits, not possible for a nonprofit, city-owned utility).

“It’s a David and Goliath thing for sure… Minnesota Power has a big legal team and our local public utility does not. They have some leverage in taking this thing to court and costing the city and the utility a lot of money.”

Advice for Other Communities

It’s also important to get clarity on contract language. Like many other small utilities, Grand Rapids has a contract with Minnesota Power that’s regularly renewed. Using these renegotiations is a key space to carve out space for community solar projects.

Definitely include energy storage. Battery prices continue to fall, says Bill, and the financial opportunity is significant. And act fast, since the federal solar tax credit starts to step down at the end of 2019.

Finally, Bill says to learn from others. Grand Rapids folks were inspired by solar projects in Sterling, Mass., and Cedar Falls, Iowa. Both communities are similar in size.

This is the 69th edition of Local Energy Rules, an ILSR podcast with Energy Democracy Director John Farrell that shares powerful stories of successful local renewable energy and exposes the policy and practical barriers to its expansion. 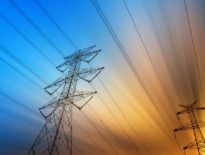 Energy In New Op-Ed: John Farrell on Why California Shoul…
Sign Up For Energy Democracy News