Originally published in the July 2008 issue of Main Street News. Download the PDF.

The number of shuttered box stores and empty strip malls has expanded dramatically over the last six months, according to data compiled by commercial real estate brokers and investment advisors. And the situation is likely to get much worse.

Chain retailers have announced plans to close more than 6,500 outlets by year’s end, even as shopping center construction continues at a furious pace. Developers are on track to bring an estimated 137 million square feet of new retail space online this year. That’s more than the average annual growth during the first half of the decade.

“Alarming” is how one commercial brokerage described the unabated pace of shopping center construction. It is an indication of the degree to which the forces driving retail expansion have become untethered from actual consumer demand. Communities that have not taken steps to limit retail sprawl through their land use policies are at risk of seeing growing numbers of buildings become derelict.

Already, vacancy rates at strip malls have reached a twelve-year high, according to the research firm Reis. For the first time since the firm started gathering data in 1980, the total amount of occupied retail space has begun to decline in absolute terms.

Suzanne Mulvee, senior economist at Property & Portfolio Research, estimates that the overall retail vacancy rate will reach 12.5 percent later this year. That’s roughly 1.2 billion square feet, or around 40 square miles of empty shopping space (plus perhaps another 100 square miles of unused parking lot). To put that into perspective, the total land area of the city of Miami is 36 square miles.

“I would avoid anything related to commercial construction,” advised Michael Larson, associate editor of Safe Money Report and an early predictor of the mortgage crisis.

This growth is on top of fifteen years of unprecedented expansion as big-box retailers sought to overpower independent businesses and competing chains by building ever more and bigger stores “” a problem compounded by billions of dollars in development subsidies doled out by local governments.

Between 1990 and 2005, the amount of retail space per capita in the U.S. doubled, from 19 to 38 square feet. In contrast, European countries generally have less than 10 square feet per person.

This level of expansion has not been supported by population and income growth. Since the early 1990s, per capita retail spending, adjusted for inflation, has increased by only about 14 percent.

By flooding markets with an excess of shopping space, chain retailers have not only caused a drop in customer traffic in downtowns and other areas home to independent businesses, but have increasingly cannibalized sales at older shopping centers and big-box stores, thousands of which are now vacant.

(For an in-depth discussion and more statistics, see Chapter 4 of Big-Box Swindle.)

Many chains are now downsizing. Linens N’ Things is shuttering 120 stores. Ann Taylor is closing 117. Home Depot has abandoned 15 locations. Starbucks is eliminating 100 outlets. The International Council of Shopping Centers has forecast that a total of 6,500 chain store closures this year.

National statistics mask considerable variation in the degree of vacancy in different regions. States like Vermont and Oregon, which have relatively strong land use laws that place some constraints on development, are not overrun with nearly as many dark shopping centers as other regions.

The retail vacancy rate in San Antonio, for example, is likely to rise to above 20 percent over the next year, according to experts. Kansas City is on track to hit 17 percent.

Shopping center vacancies in Tulsa are currently at 13 percent, the highest level in 14 years, while some two million square feet of additional retail space is now under construction there, according to CB Richard Ellis.

Malone Commercial Brokers in Portland, Maine, reports that retail vacancy in the Greater Portland region tripled in the last year, even as more than 1 million square feet of new shopping space is in the pipeline for the coming year.

In regions that have experienced a major housing boom and bust, such as Phoenix and Florida, the amount of ghost retail has risen sharply and includes stores that were built in advance of new outer-ring subdivisions but never occupied.

The market has largely failed to check over-building in part because the chains routinely abandon their existing, mostly leased, locations for newer developments and also because much of the retail development industry is structured around short-term profits from new construction, rather than long-term property ownership.

The ultimate losers are the communities that end up saddled with vacant, deteriorating structures and the independent businesses that struggle to maintain a viable customer base in a sea of excess retail.

In an attempt to address rising vacancies, some cities have adopted ordinances that void contract provisions that prevent property owners from marketing vacant structures to competing retailers. Others are requiring developers to put up demolition bonds that can be used to tear down a building should it be abandoned and left idle.

But, while these approaches can alleviate some of the symptoms, they do not address the underlying cause, which is over-building.

Getting to the root problem requires enacting more prudent planning policies that set appropriate limits on retail development. These may include limiting the land zoned for retail to areas in and around established business districts, adopting a store size cap, and requiring an economic impact review before approving new development. Cities also need to eliminate subsidies and tax breaks for retail development.

Such policies not only help to protect communities from vacant shopping centers and big-box stores, but also foster more investment and activity in neighborhood and downtown business districts, strengthening and creating new opportunities for local businesses. 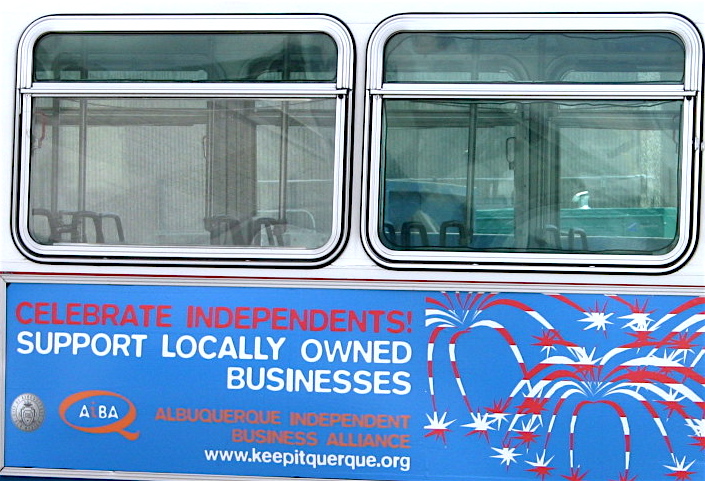