With the ongoing pandemic in position to clash with the onset of a new school year, 20,000 students in the city of San Antonio, Texas who need Internet access the most are about to get it. A new initiative called Connected Beyond the Classroom, which will begin launching over the next weeks, will leverage city-owned fiber infrastructure and $27 million in CARES Act funds to connect students across the city’s 50 most-vulnerable neighborhoods in a bid to close the digital divide and ensure teachers, students, and their parents can continue to learn this fall and beyond.

A Commitment to the Community

The project has its roots in a strategic initiative begun by the city to close the digital divide in 2019, which completed its survey phase in February of this year, just as the coronavirus pandemic hit. After students finished the spring semester at home, city officials say, it became clear that an aggressive plan would be needed to address the coming fall. The city’s Office of Innovation and IT Services Department worked with local officials and community leaders to come up with a plan.

While state law limits the communications services that municipalities can provide, the city is able to leverage its existing fiber network used by the municipal electric utility, government and community buildings, and public safety (called COSANet) to expand school networks all the way to students’ homes. The bulk of the network is already in place, connecting community anchor institutions, light poles, and other city-owned, fiber-connected structures. The $27 million the city received from the CARES Act will, in part, go towards closing the necessary gaps and extending COSANet outward into the targeted neighborhoods. Last-mile connections will come, according to city leaders, from private LTE wireless providers with whom the city has set up agreements for service. This approach resulted from the understanding that using LTE towers were the quickest solution to targeting desired areas. Students will then be able to connect to the network (from their own or school-provided devices) as usual to access class content, though households or devices will need the appropriate hardware (like an exterior antenna or LTE adapter) to translate that signal into one their devices can use.

The initiative will make use of around 1,000 miles of fiber currently owned by CPS Energy, the city-owned energy utility, to which the city has an Indefeasible Right of Use (IRU) contract. Connected Beyond the Classroom will start around Lanier High School and initially focus its efforts on six neighborhoods covering 16 square miles: Prospect Hill, Las Palmas, Collins Garden, Historic Westside, West End, and Los Jardines. Ultimately, 50 neighborhoods covering 20,000 students will be connected across eight school districts, including Edgewood, Harlandale, South San Antonio, Southwest, Judson, North East, and Northside.

Craig Hopkins, Chief Information Officer for the city, called it “both a tactical and strategic effort to build an equitable and long-term approach to solving the connectivity piece of the digital divide for our students” in an email conversation.

Connections will be CIPA-compliant, and initially free for families, though an annual subscription fee will be required for the connection and device maintenance down the road. There’s no word yet on what that subscription fee will be, when it will be instituted, or whether the city and participating stakeholders are working to subsidize costs for participating families. Neighborhoods were targeted using the city’s Equity Atlas Map, the recently completed Digital Inclusion Survey and Assessment Report, and as a result of strategic conversations with public and private stakeholders in San Antonio and Bexar County.

Families in the initial run of neighborhoods should be getting calls to get connected right now, with the first six neighborhoods connected by December. The total buildout will take anywhere from 18 months to 2 years.

The breadth and depth of Connected Beyond the Classroom’s success depends a good deal on local officials’ and community stakeholders’ success in leveraging the city’s robust fiber network, COSANet, which at present is only used to connect government structures, community buildings, public safety departments, and the city’s remote-operated traffic lights. It’s managed and maintained by CPS energy, the largest municipally owned electric utility in the country, which serves 841,000 electric and 353,000 gas users in Bexar County and portions of the seven surrounding counties.

CPS started building the network at twice the capacity it forecasted the city would need in 1995 at an initial cost of $21 million for 306 miles of fiber. When a proposed deal with telephone provider ICG Access Services Inc. was floated to lease the company the remaining unused dark fiber for 25 years to deliver broadband in exchange for footing half the cost of initial construction, Southwestern Bell (now AT&T) sued. After the state’s attorney general suggested the suit had merit the deal was dropped, leaving the extra capacity sitting idle for the last two and a half decades. In the intervening years CPS continued expanding COSANet, spending around a $1 million a year for expansion and upkeep. By 2014 it had trenched or hung more than 650 miles of fiber arranged in two concentric rings around the city. 2015 saw renewed efforts by local leaders to open COSANet to the general public (including by current mayor Ron Nirenberg), though, again, the effort failed. Bexar County Commissioner Kevin Wolff was among the loudest voices:

Imagine if the entirety of Bexar County was turned into one gigantic hot spot available to any individual or entity that wanted internet access. Talk about making a real move in erasing the digital divide! And the elimination of the digital divide can lead to wage increases, economic growth, better access to health care and job opportunities for those in parts of the county who have been negatively influenced by the lack of access to this technology. Furthermore, it would allow at-home access to education, benefiting everyone from kindergartners in public schools to working parents attempting to earn degrees.

Ron Nirenberg, then a city councilor, echoed him:

Here in San Antonio, the opportunity presented by municipal fiber is significant, because we can basically open the floodgates for education, health care, research, economic development — that should view broadband and digital communication infrastructure as a basic utility. We can leverage that because it’s already here, and we have the legal authority to create a network that connects those institutions with one another. San Antonio has faced a long and persistent digital divide that local leaders have attempted to address. In 2011 Connected Texas found that broadband adoption rates in low-income households was just 36%. In 2013 the city was the focus of a New York Times report unfavorably comparing it to Riga, Latvia. In 2015, low socio-economic status, Spanish-language preference, and disability were correlated with low adoption rates and poor digital literacy, and those numbers seem not to have changed.

The most recent Digital Inclusion Survey and Assessment [pdf] completed in June, which helped drive the most recent effort, shows significant connectivity obstacles in the city. Almost a quarter of households don’t subscribe to broadband, and there’s a 32% difference between the least- (62%) and most-connected (94%) districts. Three-quarters of households earning below $39,000 annually said they have no Internet. 18-24 year-olds without broadband in the city, the report found, are two and a half times more likely to be unemployed, and four times less likely to be enrolled as a student. Access options outside of mobile devices is especially limited, and the gap in digital literacy between the highest-income and lowest-income households is significant.

It’s not a matter of having the connections either. Charter’s (formerly Time Warner Cable’s) infrastructure goes to the curb of almost every residence in the city, which means the connectivity gap remains not a problem of infrastructure but one of price, skills, and desire. The Connected Beyond the Classroom initiative will at least partially address this problem for students by connecting students in the households that need it most.

While most of the media coverage of the initiative has been positive, for some local participants it falls short of expectations. Deanne Cuellar, who worked on the project, said:

We didn’t go far enough. Digital inclusion is a racial justice issue. It is a health equity issue, and if a global pandemic and a national call for racial equity isn’t the right time to really dream big and go after what this city needs to truly become resilient, I’m worried that I don’t know when that time will ever come.

The Connected Beyond the Classroom initiative is one of the biggest moves we’ve seen by cities to address the digital divide in the midst of the current public health crisis, but it’s not the only one. The city of Chattanooga, its municipal electric and fiber utility Electric Power Board (EPB), and Hamilton County Schools announced last month a landmark program to connect the 17,700 homes of more than 32,000 students on free or reduced lunch to free Internet for the whole household for the next ten years.

Equity Atlas courtesy of the San Antonio Office of Equity. 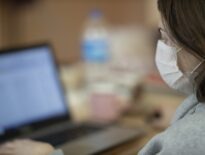 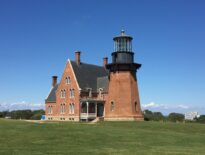