The Covid-19 pandemic has made it difficult for local governments to hold in-person meetings, but the people of Block Island, Rhode Island, didn’t let it get in the way of bringing better connectivity to their community.

Late last month, voters in Block Island’s sole town of New Shoreham gathered (at safe distances) in the local school building and on its grounds to approve $8 million in borrowing to build an island-wide, municipal fiber network. Residents were overwhelmingly in favor of funding the broadband network, which would be the first of its kind in the state.

Townspeople and visitors alike have been dissatisfied with communications services on the island for many years. In response, the town built a fiber network to connect anchor institutions last year. Now, New Shoreham is preparing to expand its fiber network to island homes and businesses.

“I believe the vote to authorize the pursuit of the island-wide broadband will prove to be a transformational vote in this town’s history,” Town Manager Jim Kern told the Block Island Times. “And the level of support for the proposal reflected that.”

New Shoreham is home to about 1,000 year-round residents, but the island, located about 9 miles south of the Rhode Island mainland and 14 miles east of Long Island, New York, is a popular destination for summer tourists. More than 40% of Block Island is currently protected via conservation easements.

Local officials have been working to improve broadband access on Block Island for several years. As an island, the community faces unique challenges in providing utility services, like broadband access, to its residents, businesses, and visitors. Currently, slow and unreliable DSL, satellite, and mobile services are the only available options for Internet access.

In 2019, the town connected local community anchors, including Block Island School, the Town Hall, and a medical facility, to a municipally-owned fiber network. This past fall, New Shoreham issued a request for proposals [pdf] in search of a partner to help the town expand the fiber network to all island homes and businesses.

Voters at the yearly Financial Town Meeting last month enthusiastically supported the town’s proposal to borrow up to $8 million to finance the new fiber network. “Cheers and applause echoed through the Block Island School as the island wide broadband project was overwhelmingly approved,” reported the Block Island Times, noting that a majority of meeting attendees left after the vote. “I don’t think we would have had that turn out without the broadband [project],” Councilor Martha Ball told the paper.

The town is working with Sertex and Crocker Communications to build and operate the network and hopes to connect all interested homes and businesses on Block Island within a year of starting construction. 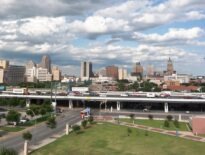 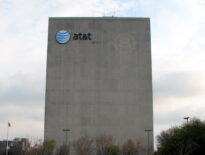 MuniNetworks Report: Most Americans Have No Real Choice in Inte…
Sign Up For Community Broadband News