MINNEAPOLIS, MINN. (December 7, 2020) – In a new case study, the Institute for Local Self-Reliance (ILSR) explores the wide-ranging community benefits of Greenlight, the city-owned Fiber-to-the-Home network in Wilson, North Carolina. The case study details how it has been able to quickly adapt and expand service during the pandemic.

Built in 2008 with an eye toward the future and operated with local priorities in mind, Greenlight has a long track record of putting people first. A few examples are:

Throughout the pandemic, Greenlight has gone even further to support its community. When schools quickly converted to remote learning in the spring of 2020, the network installed more than 3,000 feet of fiber to make sure a local history teacher, Michelle Galloway, could teach from home. The network has also made its Lifeline program permanent, offering basic video conference-capable connections for $10/month for residents to activate as needed.

Notably, Greenlight is not allowed to expand these programs, or any of its services, beyond the county line. This is due to North Carolina’s restrictions around community-owned broadband networks, which are among the strongest in the country. Ironically, the law was originally justified by claims that Greenlight was doomed to fail – it actually ended up being the first citywide gigabit network in the state. Since the state legislature enacted these restrictions in 2011, no other communities in the state have been allowed to build a city-owned network. Despite Wilson’s persistent efforts to undo the law by appealing to the FCC and the court system, rural communities throughout North Carolina remain shut out of the many benefits the community has enjoyed thanks to its fiber network.

Christopher Mitchell, Director of ILSR’s Community Broadband Networks initiative, said of the network, “Greenlight has had to overcome barriers created by the big monopolies that set the agenda in Raleigh, and it has done so with a creativity and passion that should be emulated, not prohibited. Restricting other North Carolina communities from enjoying the benefits Greenlight has brought to Wilson makes no sense – especially during a pandemic.”

Wilson’s Greenlight network shows how a community can thrive from local investment and a focus on building community benefits rather than charging the maximum that can be extracted from families.

About Christopher Mitchell:
Christopher Mitchell is the Director of the Community Broadband Networks initiative with the Institute for Local Self-Reliance. He is a leading national expert on community networks and local solutions for expanding Internet access, advising high-ranking broadband decision-makers and speaking on radio and television programs across the United States. MuniNetworks.org

FOR MORE INFORMATION, or to schedule an interview with Christopher, call Jess Del Fiacco at 612-844-1330 or email delfiacco@ilsr.org. 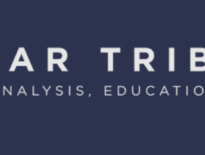 Press Release In Solar Tribune: Maria McCoy on the Decentralizat… 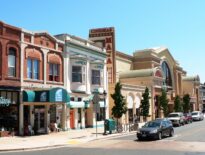