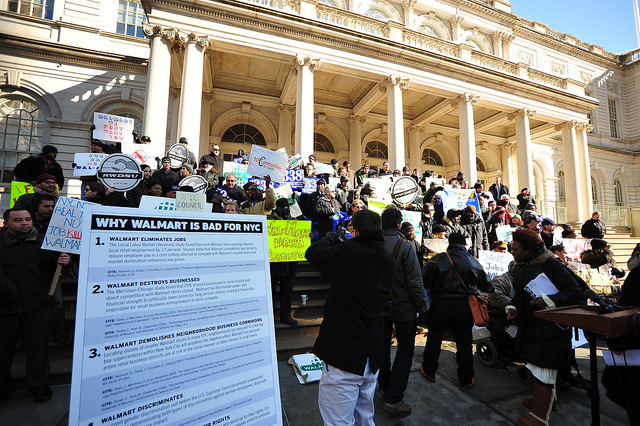 The New York Times reports that Walmart has stepped back from its two-year, multi-million dollar campaign to open stores in New York City.  The retailer has pulled much of its advertising and dismissed its team of New York lobbyists.  This is the second time Walmart has tried and failed to break into New York.  Its first failed push came in 2005-2006.

The Institute for Local Self-Reliance is proud to have been part of the coalition that fought Walmart’s entry into the city.  In February 2011, the New York City Council invited ILSR’s Stacy Mitchell  to be a lead testifier at a public hearing on Walmart, which drew an overflow crowd of hundreds of people.  (Here’s her testimony.)  Since then, ILSR has been working closely with Walmart Free NYC, helping to engage small business owners in the fight and exposing the impacts of Walmart on the local economy and the environment.

Even as we pause a moment to celebrate, however, we are mindful that Walmart will be back.  Although its supercenter plans have stalled, the retailer is almost certainly hunting  for locations in the city that would allow it to open smaller stores that don’t require planning review.  And, while New York remains Walmart free, the city has seen a sharp influx of other big-box and chain retailers.

Rather than continuing to fight Walmart every few years, ILSR believes that the long-term solution would be for New York to adopt a citywide policy that would control and limit the proliferation of chains, give neighborhoods more say over their own economic development, and strengthen the city’s diversity of independent businesses.  We will continue to work in coalition with others in pursuing this goal.

Photo by asterix611 on Flicker 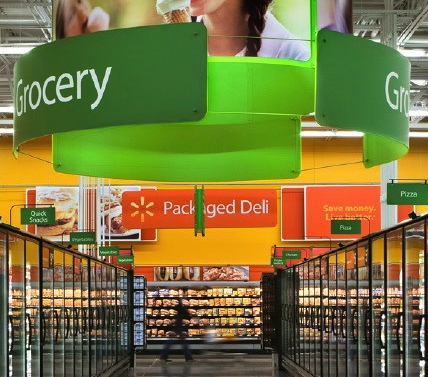 Retail Why Walmart’s Death Grip on Our Food System … 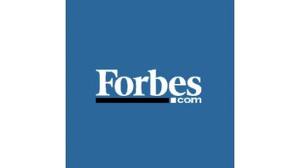