The total number of banks in the U.S. began a period of dramatic decline in the late 1980s, owing to significant changes in federal banking policy. In the 1980s, regulators like the OCC (Office of the Comptroller of the Currency) and the Federal Reserve began chipping away at the Depression-era laws that had barred commercial banks from engaging in speculative activity and constrained their ability to branch beyond their geographic regions. At the same time, the OCC began preempting state-level banking regulation in areas like ATM policy, consumer fees, predatory mortgage lending, and payday loans. Both of these shifts in policy worked to the advantage of large banks and undermined community financial institutions.

Congress took these policy shifts even further in the 1990s when long-standing banking laws, including the Glass-Steagall Act, which had separated commercial and investment banking, were overturned. A frenzy of mergers and consolidation followed. This resulted in even steeper decline in the number of community banks.

It’s in these years, from the 1990s to the 2000s, that giant conglomerate banks, such as Citigroup and Bank of America, take control of much of the financial sector. These entities combined commercial banking, investment banking, insurance, and securities trading under one roof. They became so complex that regulators were unable to discern the huge risks that these banks had introduced into the mortgage market, which led to the 2008 financial crisis. 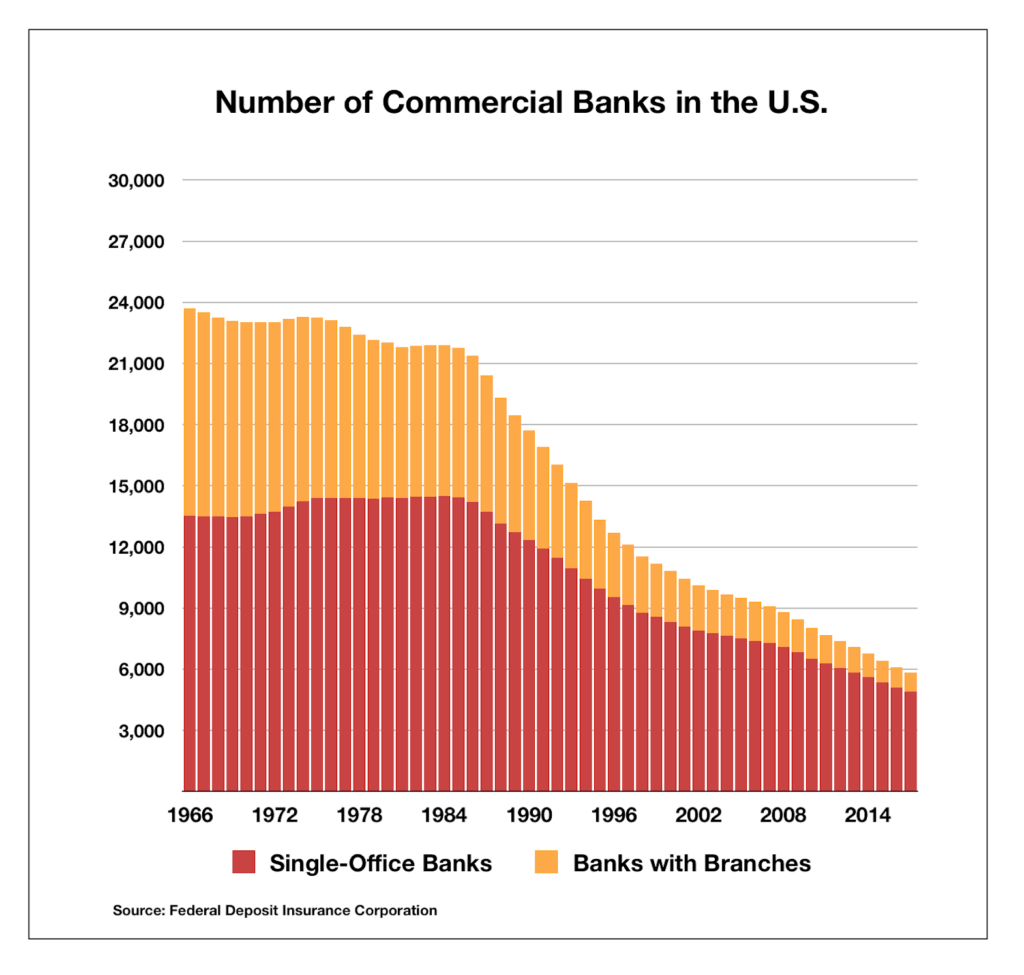 See more of our banking charts and data here. 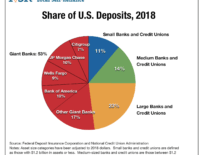 Banking Share of Deposits by Size of Institution, 1994 to … 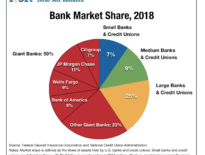