Two pieces of recently introduced legislation in North Carolina’s General Assembly show a potential to help grow broadband in rural areas. In the past, state lawmakers have kept publicly owned Internet networks tightly reined in to protect cable and telephone monopolies operating in the state, but the restrictions may be loosening as state leaders recognize the need for more options.

The long list and leadership positions of sponsors attached to H 431 indicate that the FIBER NC Act shows promise. It’s four primary sponsors include the Rules Committee Chair and a Finance Committee Chair, which also bodes well for the future of H 431. Our friends at the North Carolina League of Municipalities (NCLM) tell us that they expect a similar companion bill with equal muscle behind it to come from the Senate.

The FIBER Act would change existing barriers to allow municipalities and local government the authority to invest in publicly owned broadband infrastructure in order to work with private sector partners. The bill also includes procedures that local governments must follow if they decide to pursue a public-private partnership, including conducting a feasibility study, and proper notification and execution of meetings. Within the language of H 431, the authors include specific instructions for publication and advertisement that describe the opportunity to lease the infrastructure.

Bipartisan support of the bill and the fact that almost 50 House Members, in addition to the four sponsors, have signed on add to the optimism that H 431 has a bright future. Folks at NCLM have expressed strong support for the bill and are galvanizing constituents to encourage elected officials to move H 431 forward.

It’s first stop is the Committee on Energy and Public Utilities. If it passes there, H 431 will move on to Finance and then to the Rules Committee.

Read the full language of H 431 and follow it’s progress.

When we published our 2016 report, North Carolina Connectivity: The Good, The Bad, and The Ugly, we pointed out that the state’s 1999 law limiting electric cooperatives’ access to capital for broadband infrastructure was a major obstacle blocking high-quality Internet access in rural regions. Three years later, the General Assembly appears to be addressing the matter with S 310 and it’s companion bill H 387.

In the past, state law prevented electric cooperatives from applying for federal funding for broadband projects; this bill removes that restriction. With the ability to pursue federal funding, electric cooperatives and their members will have access to more opportunities to develop the infrastructure that has escaped them because large, corporate Internet access companies have focused on densely populated areas.

Lawmakers have included in the language of S 310 an expansion of easements that have traditionally applied only to electricity infrastructure to also apply to broadband infrastructure. Texas is also considering similar changes in their state law that would allow cooperatives to expand rural broadband. Indiana implemented the change in 2017, and cooperatives have since invested in projects around the state.

Another important and potentially game-changing component of S 310 is the removal of the current requirement that a cooperative’s broadband subsidiary “fully compensate” the electric operations division for use of personnel, equipment, property, and services. Removing the requirement also lowers the cost of new ventures by allowing electric cooperatives the ability to use existing trucks, personnel and equipment as needed without placing the burden early on the shoulders of a new broadband division.

Read the full text of S 310 and follow it through the North Carolina General Assembly. 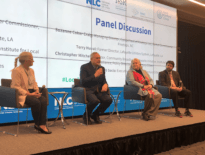 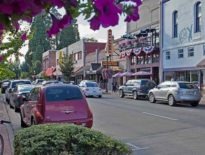