Scott Vanderlip can see Google’s headquarters from his house in the town of Los Altos Hills, California (pop. 9,000). But still, some of his neighbors struggle to access the online world that the tech company has helped shape.

“There are people in my town who actually have really no Internet options,” Vanderlip shared in a Zoom interview. This includes some households stuck with satellite connections that have low speeds, high latency, and restrictive data caps. “We are in Silicon Valley, and we have really bad pockets of [limited] broadband,” he continued.

Even the residents who could connect to AT&T or Comcat’s networks, such as Vanderlip, were dissatisfied with the monopoly companies’ poor service quality. So they created Los Altos Hills Community Fiber, a nonprofit mutual benefit corporation that’s bringing a local, high-quality connectivity option to the area.

Los Altos Hills Community Fiber, or LAHCF, owns and finances the local Fiber-to-the-Home network and recruits interested community members, while its technical partner Next Level Networks manages network operations and construction and provides residents with tools to help organize their neighbors. The arrangement gives LAHCF subscribers more say over how the network operates and what speeds they have access to, a stark difference from the antagonistic relationship that many national Internet service providers (ISPs) have with their customers.

“Anyone can do this,” said Next Level Networks COO David Barron in a phone interview. “You just need a few motivated people to organize, and you can be completely free of the telcos and cable operators.”

Comcast and AT&T are the major broadband providers in Los Altos Hills, but the lack of competition means there’s little incentive for providers to improve service quality, despite interest from subscribers. “Los Altos Hills sometimes is listed as the most affluent community in America, and we still have crap Internet service,” as a result of the ISPs’ reluctance to invest in network upgrades, explained Vanderlip.

Limited broadband options also impact service costs. “The price depends very much on where you live and if there’s any competition or not, and the problem is, in Los Altos Hills, in most places, there’s no choice but to use Comcast,” resident Ronald Haley told the local newspaper.

And AT&T and Comcast don’t reach everyone in the town, so some households must turn to alternatives like satellite or cellular services. “Maybe 10 percent of our community has zero broadband options,” Vanderlip estimated. Vanderlip himself was one of those people before LAHCF. “I tried to get Comcast here; the guy next door has it. They wanted to charge me $17,000 for the install,” he recalled.

Even though Los Altos Hills as a whole has better connectivity than some other rural communities, many in the town are excited by LAHCF’s promise of higher-quality Internet access and local control. The community network conducted a small survey recently that showed that about three quarters of respondents were interested in joining LAHCF and about 24% would be willing to actively promote the network to their neighbors. According to Vanderlip, community members are particularly interested in the high upload speeds that fiber optic connectivity is capable of, for applications such as video conferencing and security cameras.

The LAHCF network is owned, financed, and organized by its subscribers in the community, similar to a homeowners association or a local improvement district for sewer systems or sidewalk construction. Subscribers pay a one-time fee to build the local network, which they own, and then a monthly fee to cover the shared costs of the Internet uplink. Champions promote the network to their neighbors and attract new sign-ons until there is sufficient interest to finance construction. LAHCF is run by a volunteer board, of which Scott Vanderlip is currently president.

Next Level Networks is LAHCF’s partner on the technical side. CEO Darrell Gentry founded the company in 2015 to address the financial barriers to entry that limit broadband competition and fiber infrastructure. “Next Level Networks is in the business of helping communities . . . build and own their last-mile infrastructure so that they can operate their own broadband network,” explained Barron. The company works with homeowners associations, apartment buildings, and individual neighborhoods to develop their model of community-owned networks.

In its work with LAHCF, Next Level Networks designs the network, oversees construction, and manages operations. It also currently serves as the ISP, but in other communities it works with, Next Level can plan the network to have a different sole broadband provider or to be open access with competitive ISPs — a decision that’s made by the community owners.

The key to Next Level Networks’ model is that the subscriber-owners share the network infrastructure and operation costs. The network is only built once the community has gathered enough interest and financial commitments to ensure viability at the start of the project, which Next Level helps to assess with a special software tool. “We don’t ‘build it and they will come,’” described Barron.

Los Altos Hills community members connected with Next Level Networks after the town and its Emerging Technology Ad Hoc Committee issued a request for information (RFI) to broadband providers, to which the company replied. The town did not follow up on the RFI responses, so Next Level brought their model directly to Vanderlip and other residents instead.

Official support for LAHCF has been limited so far. “You know, it’s almost like our city manager is in cahoots with Comcast,” since he disputes the need for more broadband competition, Vanderlip shared. “It’s a lot easier when you have the town’s support behind it as opposed to sort of having to fight the town,” said Haley. But Vanderlip expects Los Altos Hills officials to warm up to the network as the community interest grows.

On the Edge of Expansion

In April 2019, LAHCF connected its first four subscriptions. The network starts near Vanderlip’s home at a local school that has dark fiber available. From there, Next Level Networks pieced together fiber backhaul to connect Los Altos Hills to a data center in Santa Clara to reach the broader Internet.

The network currently has four live connections, including Vanderlip’s home. “People actually come over to our house if they want to download a lot of files or have a Zoom meeting,” he shared.

The partners approached the fiber buildout in Los Altos Hills differently than Next Level Networks’ usual model. Instead of requiring sufficient sign-ons to finance the network, they started with a small pilot network passing a handful of homes as a proof of concept, with costs subsidized by Next Level. Now, LAHCF is expanding the network in the normal way, where there needs to be enough commitments from residents prior to building out to a new neighborhood.

LAHCF ultimately hopes to serve the entire town. “We have about another 15 projects that are in the research and implementation phase,” said Vanderlip. “Hopefully this fall, we’ll be … bringing maybe 100 more homes on.” Barron expects to make about 200 new connections over the next nine months, at which point the network will no longer require subsidies from Next Level.

To hasten the buildout, LAHCF plans to use a “fiber island” approach where they can connect local fiber networks to the rest of the LAHCF network using wireless links before eventually connecting the “island” to the expanding fiber backbone.

The network currently offers one gigabit symmetrical speeds, but plans are in the works to provide 10 gigs as the default speed. “By next year, no question, we will be signing on customers for 10 gigabit service in Los Altos Hills,” asserted Barron. Fiber is more “future-proof” than other broadband technologies, and the community can decide to continue upgrading speeds further down the road.

Subscribers will split the initial installation expenses, which can cost individual households several thousands of dollars or more depending on how many of their neighbors are also investing in the network. They will also pay a monthly fee to cover the cost of connecting to the Internet, which Barron estimated at $70. Prices can go down and the initial subscribers may be reimbursed for some infrastructure costs if more households in the neighborhood join LAHCF later on.

At MuniNetworks.org, we most often write about broadband networks owned by rural utility cooperatives, local governments, and tribal entities. But other communities have also formed their own independent networks after the national monopoly providers left them behind, including NYC Mesh in New York and the Rural Broadband Cooperative in Pennsylvania.

These kinds of approaches face unique challenges. Barron pointed to the difficulties of cultivating an ownership mentality among network subscribers and overcoming the fear that the network will fail. Vanderlip identified potential threats from the existing providers, including anti-competitive price cutting and legislative attacks on the legality of the network model. “Who knows what tactics they would use to try to shut us down?” he said.

Another challenge is the high upfront cost of building the infrastructure. Los Altos Hills is very affluent and many residents can afford the initial investment of thousands of dollars. But for other communities where that isn’t an option for most households, Next Level is exploring financing options that would enable subscribers to bundle the initial cost of the infrastructure into the monthly service charge.

Barron emphasized that Next Level Networks’ model is not just an option in wealthy communities. “This isn’t just simply the Tiffany networks for the wealthy,” he said, sharing that the company is in discussions to potentially implement the model as a pilot program in state-built affordable housing. However, it would still be difficult to fund this kind of community-owned fiber network in low-income or working class neighborhoods without outside subsidies or creative financing approaches.

But there is one thing that is no longer a challenge thanks to the pandemic — convincing people that high-quality Internet is a necessity, not a luxury. “It is really putting a spotlight on this issue,” Barron said. “People are willing to do some things that they may not have been willing to do 12 months ago.”

Vanderlip agreed. “We have just incredible interest now after the pandemic,” he said. “We have been incredibly busy.”

Near the Heart of Silicon Valley, a Community Failed by the Big Internet Providers Is Building Its Own Network 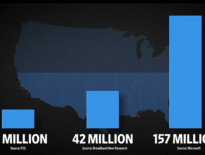 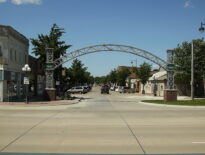