At the Institute for Local Self-Reliance, we believe that competition for goods and services helps communities, consumers, and the economy. This belief carries over into the mobile Internet access market, which is one of the reasons we oppose a merger between Sprint and T-Mobile. We’re not alone and we’ve now joined with other organizations as part of the 4Competition Coalition.

As the prospect of 5G wireless connectivity becomes more probable, these two companies claim that they need to merge in order to remain competitive with the other two mobile Internet access providers. In reality, reducing mobile subscriber options from four to three, creates no benefit for anyone except the companies with less competition.

In a press release announcing ILSR’s decision to join the Coalition, Christopher stated:

“Market competition between Sprint and T-Mobile has made mobile Internet access available to millions of low-income households. We are deeply concerned that this merger will harm those households and leave them without any affordable Internet access.”

So Much to Lose

Losing a mobile Internet access provider as an option is bad, but it isn’t the only consequence that we face if the merger goes through. The Coalition recognizes that results will likely be job losses, higher rates, locking out new entrants to the market, broken promises regarding 5G, and harm especially to people in rural areas. At least 11 states are also not convinced that a Sprint/T-Mobile merger is in the interest of their citizens and are reviewing the proposal.

In order to help spread the word and share information, the 4Competition Coalition is making resources available online. In addition to Petitions to stop the merger that have already been filed, anyone can access and read relevant research on expected impacts of the merger. There’s also a list of Legislators who aren’t convinced; is your elected official on the list? If not, perhaps you should contact them and get their opinion about the harmful proposal.

You can see a list of the entities that have joined the Coalition and follow the news at 4competition.org. 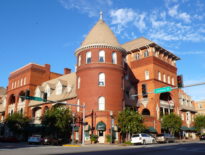 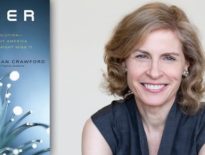