States are facing a collective budget shortfall of about $145 billion in the next year, according to an estimate by the Center on Budget and Policy Priorities (CBPP). The size of the gaps vary widely, but several hard-hit states, including Arizona, California, and New York, are anticipating shortages in the neighborhood of one-quarter of their general fund budgets.

With the financial aid provided to states under the federal stimulus expected to cover only about 40 percent of the collective shortfall, states are now scrambling to find ways to cut services, raise taxes, or both.

One way states could make up some of the shortfall is to close several common loopholes that allow large corporations to escape paying their fair share of state taxes. Doing so would ease the pressure on state budgets and have the added benefit of restoring a measure of competitive fairness for small businesses, which are unable to take advantage of these loopholes and end up shouldering a much heavier tax burden than their biggest rivals.

In fact, some evidence suggests that getting rid of tax loopholes that benefit big business may help economic recovery. States that have leveled the playing field in terms of business taxation have higher rates of entrepreneurialism and job growth, according to research by the U.S. Small Business Administration and others.

Below are proposals for closing four of the most significant loopholes — two involving state sales taxes and two involving corporate income taxes. Many states have legislation pending that would implement one or more of these proposals. We encourage you to contact your state representatives.

Online retailers, most notably Amazon.com — now the nation’s 20th largest retailer with more than $19 billion in sales last year — have generally not been required to collect state sales taxes.

This gives online retailers a sizeable price advantage over local businesses in the 45 states that have a sales tax. If you buy a sweater or a book from a local store in Los Angeles, 9.25% in sales tax will be tacked on to the total. Purchase the same item on Amazon and there will be no additional charge.

Last year, New York became the first state to require some online retailers to collect sales tax. The law applies to those that generate more than $10,000 a year in revenue through sales affiliates in the state. Amazon and Overstock.com challenged the law, but a New York court dismissed their arguments in January.

Now several states, including California, Connecticut, Hawaii, and Minnesota, are considering similar measures. For details on these bills and a sample letter to send to your legislator, visit the American Booksellers Association’s E-Fairness page. If your state does not have a bill proposed yet, you might consider starting a campaign for one, as this Virginia bookseller did.

Several states are also considering a somewhat broader approach through bills that would implement the Streamlined Sales Tax Project (SSTP). While the New York law applies only to retailers that use in-state sales affiliates — and thus have a physical presence, or nexus, in New York — the SSTP approach would ultimately extend sales tax collection to all retailers that do more than $5 million a year in sales, regardless of whether they have nexus in a state.

The hitch is that fully implementing this plan would require Congressional action and there’s no indication that Congress intends to pass an e-fairness bill in the near future.

Just how much revenue states could raise this way is an open question. Forrester Research conservatively estimates that, if online retailers had to collect state sales tax on purchases made by consumers, it would generate roughly $3 billion. Adding taxable purchases by businesses and catalog sales might double that figure.

Little-noticed laws in more than half the states allow retailers to keep a portion of the sales taxes they collect from shoppers.

This practice first emerged in the 1930s when retailers convinced lawmakers that they should be compensated for the cost of tracking transactions and collecting sales taxes. Providing compensation is much harder to justify today when even small retailers rely on computers to track transactions and calculate tax.

Thirteen of the 26 states that permit these “dealer discounts” impose a cap on the amount that each retailer can keep.

But other 13 states impose no ceiling whatsoever, according to a new report from Good Jobs First. Retailers in these states get to keep a straight percentage of all the sales taxes they collect. This gives large retailers a significant windfall, the size of which bears little relationship to their actual tax collection costs. Wal-Mart, for example, keeps about $60 million a year in state sales taxes paid by its customers.

This practice is costing states over $1 billion a year. The states that lose the most include many that are facing massive budget gaps, such as Illinois (where retailers keep $126 million a year in sales tax revenue), Pennsylvania ($72 million), Colorado ($69 million), Florida ($65 million), New York ($54 million), and Maryland ($31 million).

The governors of Pennsylvania and Virginia have proposed eliminating the dealer discount. Other states could follow suit. Colorado recently reduced the amount retailers could keep from 3.33% to 1.35%.

Half the states allow chain retailers — but not independent businesses — to shield much of their profits from state corporate income taxes. That’s right: While local grocers, hardware stores, and toy shops pay state income taxes on all of their earnings, some of their biggest competitors pay only a minimum tax of a few hundred dollars a year.

Chains manage this feat by making payments to out-of-state subsidiaries and deducting these payments as expenses on their state tax returns. Wal-Mart, for example, set up a real estate subsidiary for this purpose. This subsidiary collects “rent” from Wal-Mart stores, enabling the chain to disguise profits as expenses. According to an analysis by the Wall Street Journal, Wal-Mart shifted some $7.3 billion in profits to this subsidiary over a four-year period, evading $350 million in state income taxes. Home Depot, Staples, Toys R Us, and The Gap are among the many other chains that employ this type of tax dodge.

States can close this loophole by adopting a rule known as combined reporting, which prevents companies from using subsidiaries to hide their profits. Combined reporting is nothing new. It’s been part of the tax code in 16 states for decades.

Thanks to advocacy by the Center on Budget and Policy Priorities and others, seven more states have put combined reporting into effect in the last three years: Vermont, Michigan, New York, Texas, West Virginia, Massachusetts, and, just last month, Wisconsin. (Go here to see which states have enacted combined reporting and which are still vulnerable to this loophole.)

Some states lower their corporate income tax rate when they adopt combined reporting, making the policy change revenue neutral overall (some multi-state corporations pay more while other businesses, particularly local ones, pay less). Other states do not and expect to see revenue gains. Wisconsin is anticipating $90 million in new revenue and New York nearly $400 million a year. If all states adopted combined reporting, it could raise state revenue by perhaps several billion dollars a year.

Bills are now pending in Connecticut, Maryland, North Carolina, New Mexico, and Rhode Island. Big business lobbying organizations are pulling out all the stops to block these measures, but recent experience suggests that if independent business owners and their advocates raise this an issue of tax fairness, it can make all the difference in how lawmakers vote.

Every state has a formula that multi-state companies use to determine what portion of their profits are taxable in each state where they operate. Traditionally, these formulas have given equal weight to how much of a company’s property, payroll, and sales occur in the state. But lately large companies have been pushing states to adopt formulas that count only the percentage of their sales that occur in that state.

For companies that have factories or offices in only a handful of states, but sales everywhere, the result of this change is that a large share of their profit becomes “nowhere” income — income that isn’t taxed by any state. (For a fuller explanation, go here.)

In February, with no hearings and no public debate, this single-sales factor approach was enacted in California as part of the state’s budget deal. The change is expected to reduce state revenue by $770 million a year.

The argument in favor of the single-sales factor approach is that it encourages companies to expand production in the state. But the evidence is that states with this formula have not fared better in terms of manufacturing job growth.

In fact, single-sales factor creates a disincentive for some business investment and forces local businesses to carry a larger tax burden than their big competitors. Small businesses that have their operations entirely within one state — regardless of where their sales occur — cannot use these formulas. They pay taxes in their home state on all of their profits and are not afforded the luxury of nowhere income.

Given that single-sales factor comes with a sizeable price tag and undermines homegrown businesses, states should resist attempts to adopt it. States should also adopt throwback rules, which are on the books in roughly 20 states and, if enacted nationwide, would eliminate nowhere income and create a more level playing field.

Bills to close corporate tax loopholes are often attacked on the grounds that they will undermine economic growth and job creation — a particularly potent charge during a recession.

But research indicates that making state tax structures fair for small businesses is good for the economy. A study published by the U.S. Small Business Administration found that states that have adopted combined reporting and throwback rules have higher entrepreneurship rates.

“Combined reporting states are well-represented among the most economically-successful states in the country,” notes Michael Mazerov of CBPP. An analysis by the Massachusetts Budget and Policy Center found better-than-average employment growth in many of the states with fairer business tax policies.

Moreover, states that are not starved for revenue can make the investments in education and infrastructure that are so important to long-term economic performance. 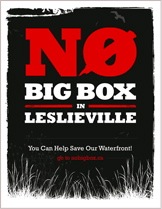