In the News: Stacy Mitchell and Olivia LaVecchia

EdSurge covers our latest report on Amazon’s move to capture public sector spending. Tina Nazerian spoke with Stacy Mitchell, co-Director of ILSR, and Olivia LaVecchia, Senior Researcher, about whether schools are getting the best deals by purchasing from Amazon.

Here are their contributions:

However, Stacy Mitchell, one of the report’s authors, points to how that differs from independent office dealers.

“When [independent office dealers] are bidding on one of these contracts, what they’re often doing is going to their manufacturers, and saying ‘I need even better pricing than the volume pricing you’re already giving me in order to service this contract,’” Mitchell says. That extra layer of negotiation can help drive down prices for school districts.

The report authors also think that the contract awarding process was stacked in Amazon’s favor. The Request for Proposal, or RFP, looked for an “‘online marketplace for the purchases of products and services,’” such as classroom and office materials, but also grocery products, musical instruments and animal supplies—a broad range of product categories other bidders were unlikely to be able to match. Amazon’s proposal scored a 91.3 out of a possible 100; its next closest competitor for the contract scored a 36.7.

As part of the report, the authors also collected data from ten school districts that showed what they spent on Amazon in 2016, before the U.S. Communities contract was awarded, in order to show the retailer’s growing influence in the public sector. The spending—characterized as informal or “impromptu” by the report—ranged from $9,541 (Baltimore School District in Maryland) to more than $1.5 million (Denver Public Schools in Colorado).

Olivia LaVecchia, the other author, thinks the shift in spending to Amazon is troubling in general, and will “only increase” now that the school districts are signed onto the contract. In 2017, Denver Public Schools’ spending with Amazon jumped 77 percent to $2.8 million.

Co-author Mitchell says that although the contract isn’t exclusive and school districts can buy from elsewhere, it’s not feasible for employees to shop around without “wasting a bunch of time doing that comparison shopping.” And, she adds, it’s not realistic to expect an administrator to know whether or not employees compared prices.

“The problem with this contract is it lures school districts into a false sense of security,” Mitchell says. “Because this contract actually doesn’t do any of the things that you need, and the very reasons that you [enter a] contract in the first place are not present here—there are no guaranteed fixed prices, there are no volume discounts, there’s no transparency, it wasn’t a competitive bid.” 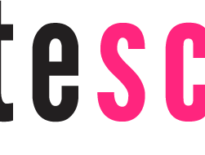